When the number of bitcoin reward halves after 4 years, doesn't the perceived value of a bitcoin about double?

Let's say the price of a bitcoin is US$33,000, and all the miners mine it or not mine it if their electricity kWh price is too high, and it is at an equilibrium that it is somewhat profitable and worthwhile for the miners to mine bitcoin.

Then in year 2024 May, when the rewards changes from 6.25 bitcoins to 3.125, and if the price of a bitcoin stays at $33,000, then it become unprofitable for many miners, and they would stop the mining, and for all the miners to still keep on mining, they would think that the price of one bitcoin is more like $66,000 as before. So would the perceived price of a bitcoin double every time the reward becomes half?

Or would the price just stay low, but just that all of a sudden, a portion of the miners would stop, but when it becomes easier to "win" the block every 10 minutes, some miners will join again, until it reaches an equilibrium around this lower price? But it seems many miners would think, it is so difficult to mine and be profitable, and therefore they are not selling their bitcoins at $33,000 but would demand a higher price.

TLDR: The price of bitcoin determines how many miners are mining, not the other way around.

Your last paragraph is on point! After a block halving, every miner unprofitable at the new reward will stop mining. They will stop mining because they need to pay for the electricity they burn. But for each miner that stops mining, the remaining miners become more profitable. The remaining miners become more profitable because it's easier to find new blocks! That means they have to use less electricity to find new blocks, and there is less wear on their mining hardware. So just like you say, after a while it reaches an equilibrium.

The big peak in this picture is May 11th, 2020, the day the previous halving occurred. You can see the estimated hash rate went from 119 to 76 Ehash/s. That's a lot of miners that had to shut off! 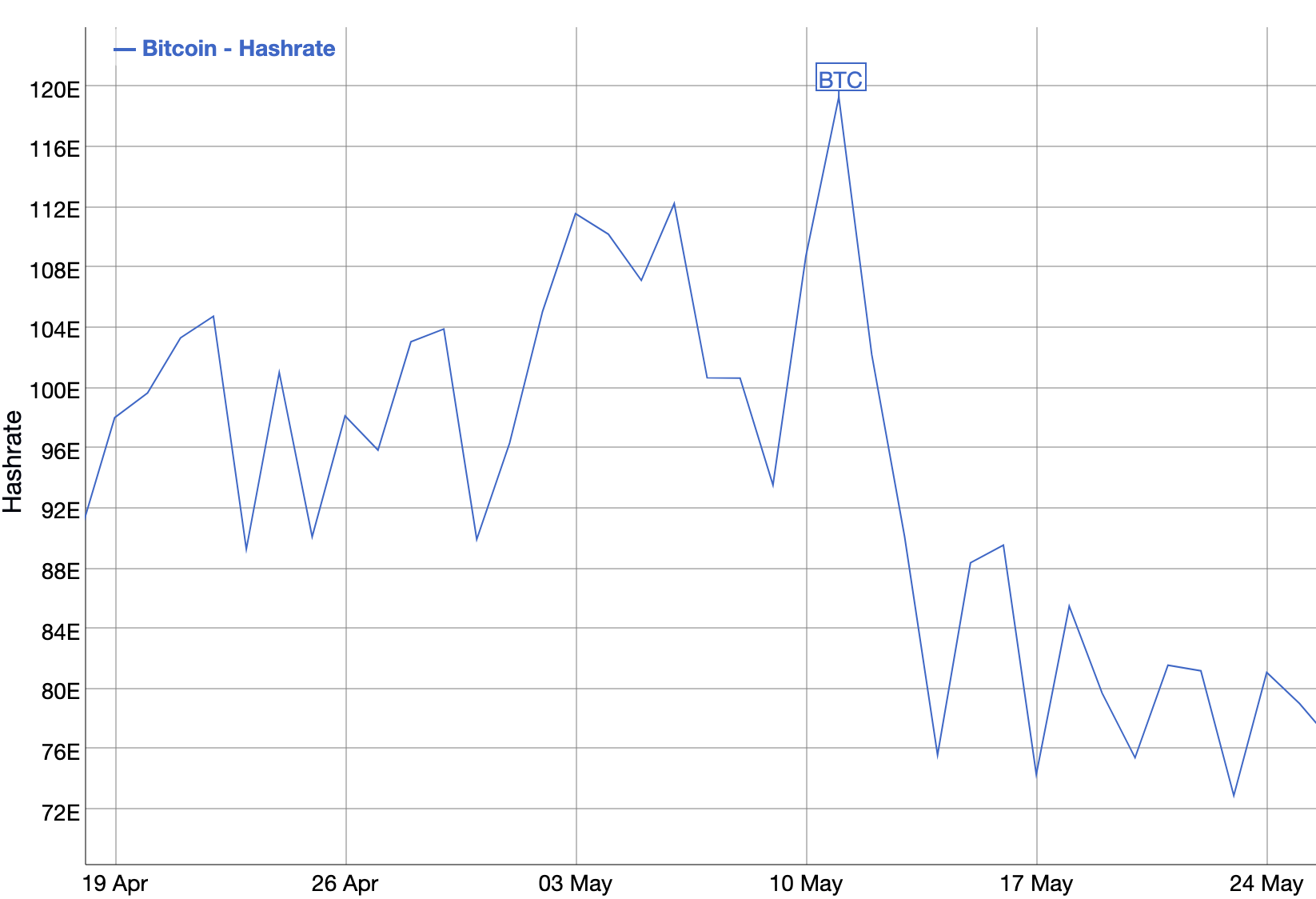 Not the answer you're looking for? Browse other questions tagged mining-profitability exchange-rate reward-schedule value or ask your own question.

3
What happens to price when the block reward is gone completely?
7
Why does Bitcoin not have faster downward difficulty adjustments?
4
Would it be possible to retarget difficulty in real time?
0
What would the effect of a very long bear market be on the Bitcoin economy?
24
Why would anyone sell a Bitcoin miner instead of just mining themselves?
0
How are there over 18M bitcoins when the reward halves every 210,000 bitcoins?
1
How/When is mining reward given in the presence of forking / orphan chain?
0
Are mining pools scalable? Can you split the block reward across a very large number of pool members?
1
Confusion of Bitcoin Exchange Rate