Will BTC script be Turing complete in future?

I want to know if BTC script will have loops in it in the future?

blockchain script bitcoin-core-development
Share
Improve this question
asked May 2, 2021 at 4:32

Turing completeness includes the capability to run programs that might not terminate or that might terminate after a very long time. This would cause the blockchain to stall, hence it is a must to keep the number of instructions to be run predetermined (like BTC) or to be run according to a budget (like ETH).

I cannot predict the future but below are some arguments against turing completeness in Bitcoin.

My opinion: Bitcoin Sidechains like Liquid and Rootstock can be used for things that are not possible using Bitcoin scripts.

Not all smart contracts use turing completeness according to a pie-chart shared in https://levelup.gitconnected.com/should-smart-contracts-be-non-turing-complete-fe304203a49e 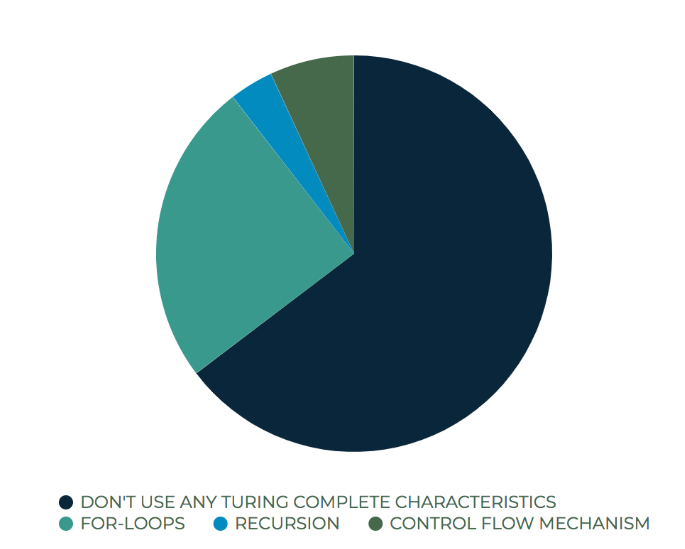 Greg Maxwell's opinion: Difference in functionality comes from the amount of resources the smart contracts are allowed to use and IO mechanisms, and NOT from turing-completeness or not. Anyone who tells you otherwise is defrauding you in order to sell you on a scam.

Bitcoin itself will never itself offer any kind of Smart Contract functionality, like the Turing complete EVM. Rootstock (RSK) however, is smart contracts platform (turing complete programming) that works alongside Bitcoin to offer the same functionality. It's been in development for some time and I suspect now it will integrate with Lightning, and thus work very well. I haven't tried it out though. https://www.rsk.co/Whitepapers/RSK-White-Paper-Updated.pdf

Not the answer you're looking for? Browse other questions tagged blockchain script bitcoin-core-development or ask your own question.

3
Is it correct to say that Bitcoin has a virtual machine in the same way as Ethereum does?
1
Do we have failed transactions in bitcoin?
0
What types of smart contracts are available for bitcoin network in 2021?