What is this unusual transaction in the Bitcoin blockchain?

The first output of transaction b53e3bc5…5377f141 has the following scriptPubKey:

The segwit softfork in 2017 defined versioning rules for all native segwit outputs, but only defined spending rules for version 0.¹ 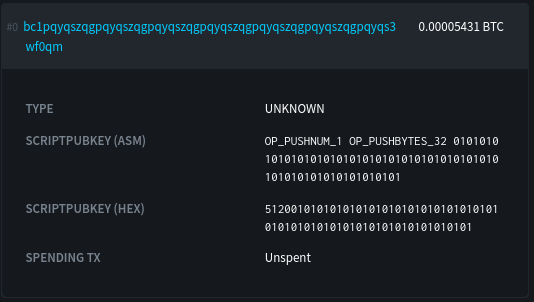 This output worth 5431 satoshis matches the native segwit schema, but the leading OP_PUSHNUM_1 indicates that it is a version 1 output. It shows up as "Type: UNKNOWN", because there are currently no spending rules for version 1 outputs active on the network. Therefore, this output could be spent by anyone, as long as they get a miner to include a non-standard transaction in their block that claims the funds.

We are anticipating the activation of the Taproot softfork in November, which will give exactly this output pattern meaning (see BIP341): Pay to Taproot (P2TR) outputs will be version 1 native segwit outputs with a 32-byte witness program that consists only of a public key.

Finally, the public key 01010101…01010101 here is obviously not randomly derived from a private key, so the private key can be assumed to be unknown. The corresponding address will essentially become a "burn address" once Taproot activates and spending of funds received there must follow Taproot's rules.

I surmise that whoever created this output in 2019 simply wanted to be the first person to create a Taproot output on the blockchain and was willing to burn a few satoshis on that.

To add to Murch's answer:

The output was created by Matthew Zipkin to test support for sending to SegWit v1 support on purse.io. This was done in the context of the Bitcoin Optech Compatibility Matix.

Here is a screenshot of the purse.io withdrawal that was added in PR 303 to the Bitcoin Optech website. 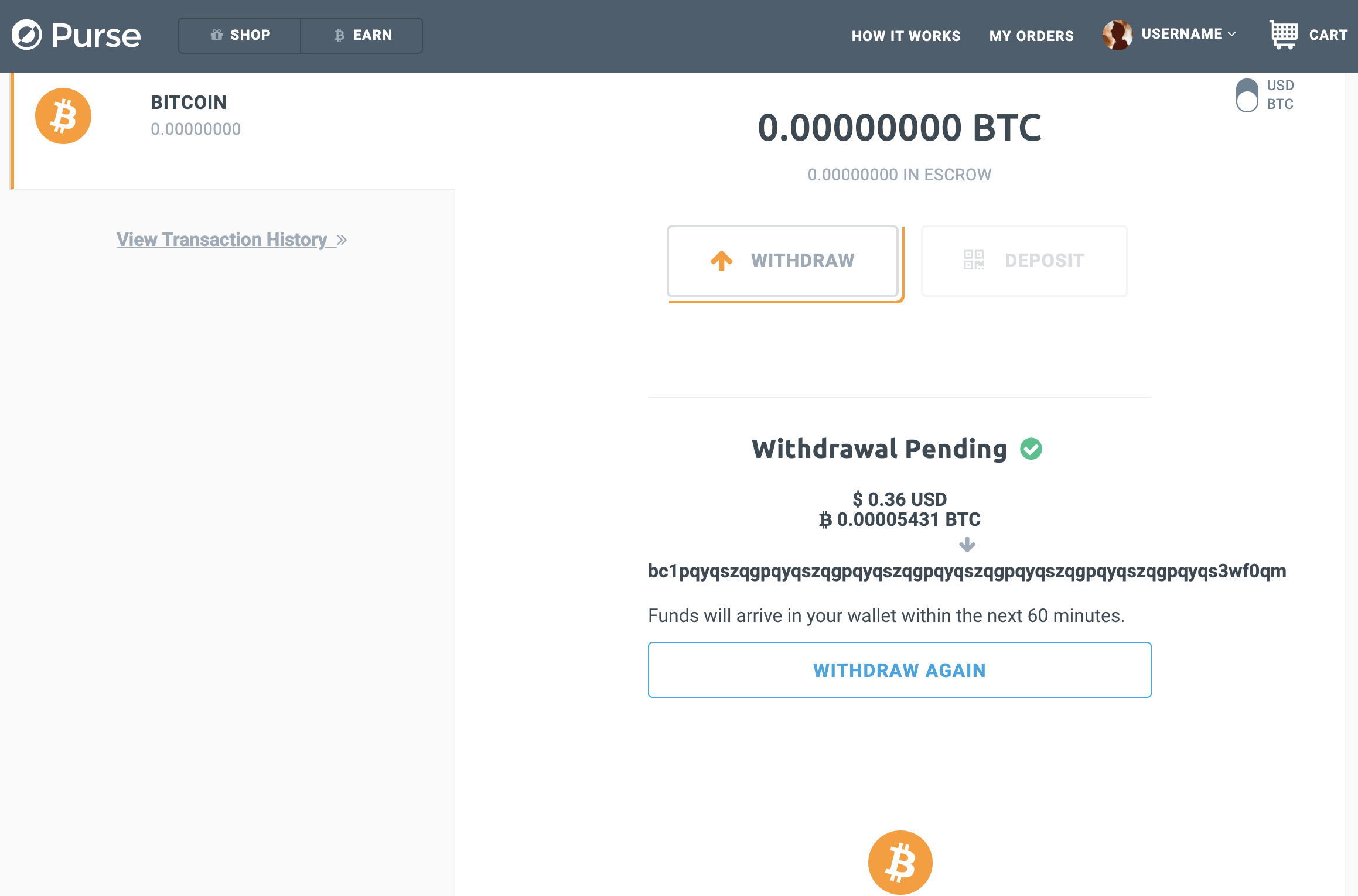 0
What does this transaction mean?
0
Under what conditions could a change address immediately send the entire balance to a third-party address?
0
What is transaction not found on blockchain mean? Does that mean transaction still waiting in mempool, unconfirmed or never broadcasted on blockchain?
0
what happens to UTXOs when a transaction output script is satisfied?
1
where do unspent outputs come from?
0
I seem to have too many unspent outputs for my given balance. What am I missing?
3
Why is the value field 8 bytes in transaction output when it can be achieved with 7 bytes?
0
Completing a bitcoin transaction
0
Cannot Find Transaction from Blockchain Explorer
0
What does this Pubkey mean?