I have Bitcoin Core is running on the same computer as Specter-Desktop but I'm using an external hard drive to store Bitcoin Core data so I entered the Bitcoin Core "Bitcoin" folder path into specter under Configure Node -> Bitcoin Core but when I click "save" and then "test" I get the following error:

Any idea how to fix this or do I need to just set it up like a remote node even though Bitcoin Core and Specter are running on the same device? 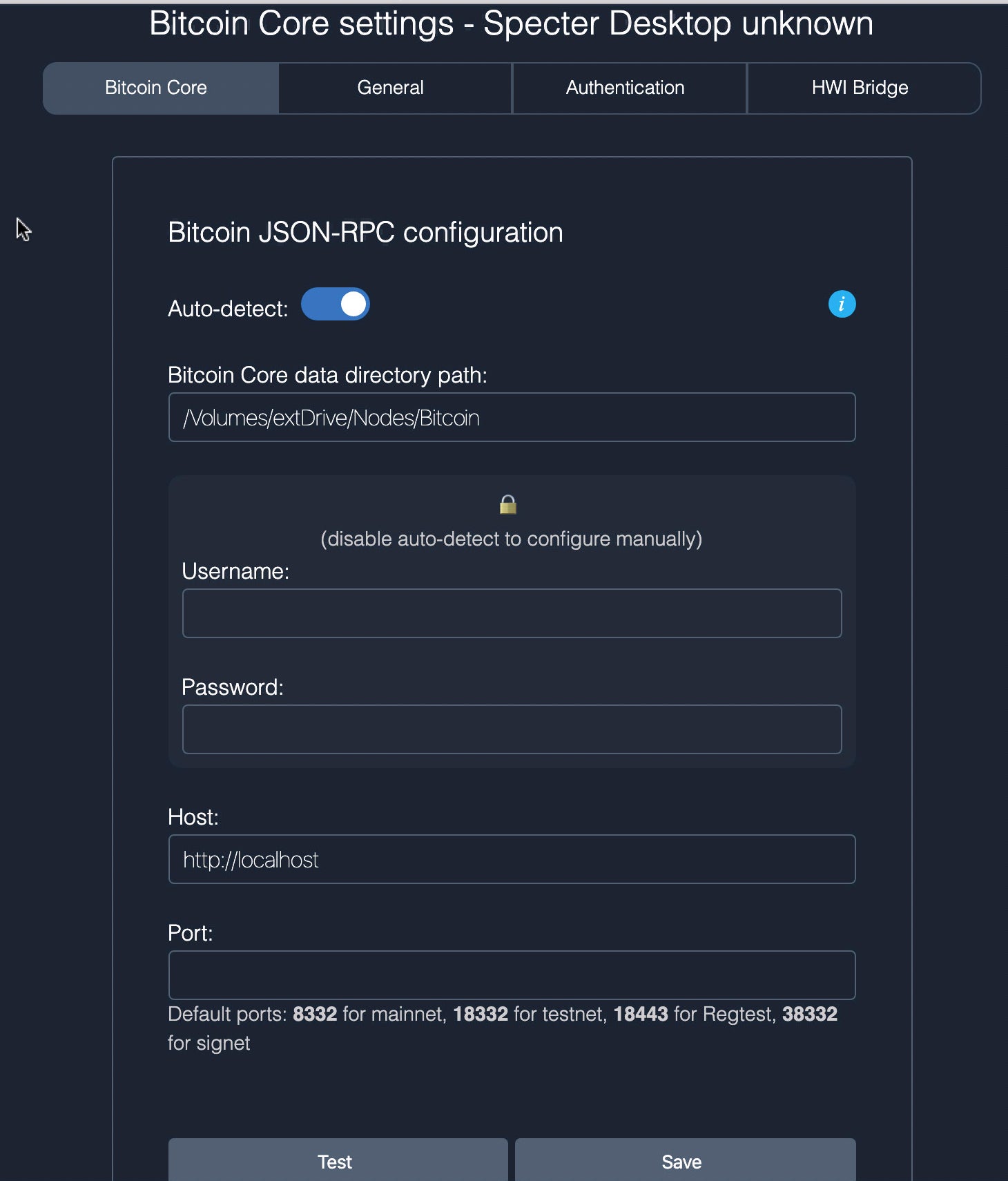 Browse other questions tagged bitcoin-core full-node or ask your own question.

2
Is it possible to have my blockchain on a different folder than that of my wallet files?
1
When running bitcoind I keep getting - boost::filesystem::space: Operation not permitted
0
LoadBlockIndexDB: transaction index disabled after copying blockchain
0
Bitcoin core datadir over NFS
0
Problem with bitcoin-cli -datadir flag
0
Understanding Nano Ledger S concept + Full Node
0
Multisig Setup - Pruned Bitcoin Core on Computer vs. Dedicated Hardware