I have made an estimate on when the total hash rate will be high enough that we might observe blocks that have a hash with complete zeros.

It is a very rough estimate base only on two data points. From logarithmic total hashrate plots it seems that the multiplicative growth rate (slope in logaritmic plot) is not constant but seems to decline over time. But if we still assume that the hashrate is increasing with the same multiplicative rate as it did between those two observations, i.e. that we will have that many more leading zeros every 11 years (note that we have hexadecimal digits representing 4 binary digits, I only do a rough estimate), we will run into problems around 2070.

Did I make a mistake or is it true that these kind of problems (block hash collision, difficulty adjustment will first have low resolution and finally can't prevent blocks from being mined too fast) are not too far away? Are there already plans to circumvent such issues (harder POW hashing algorithm, concatenate two hashes to have more bits)?

My estimates are based on the assumption that the hash rate growth rate will continue to be exponential (i.e. constant slope in logarithmic plot). Despite the fact that in the recent two years the hashrate growth seemed to be approximately linear, I think that it is reasonable to assume that in the long run, the total hashrate will grow exponentially. This assumption is backed by Moore's law. Here are two logarithmic plots of the number of transistors and the supercomputer power (FLOPS) over time and indeed, the logarithmic growth rate is linear here. 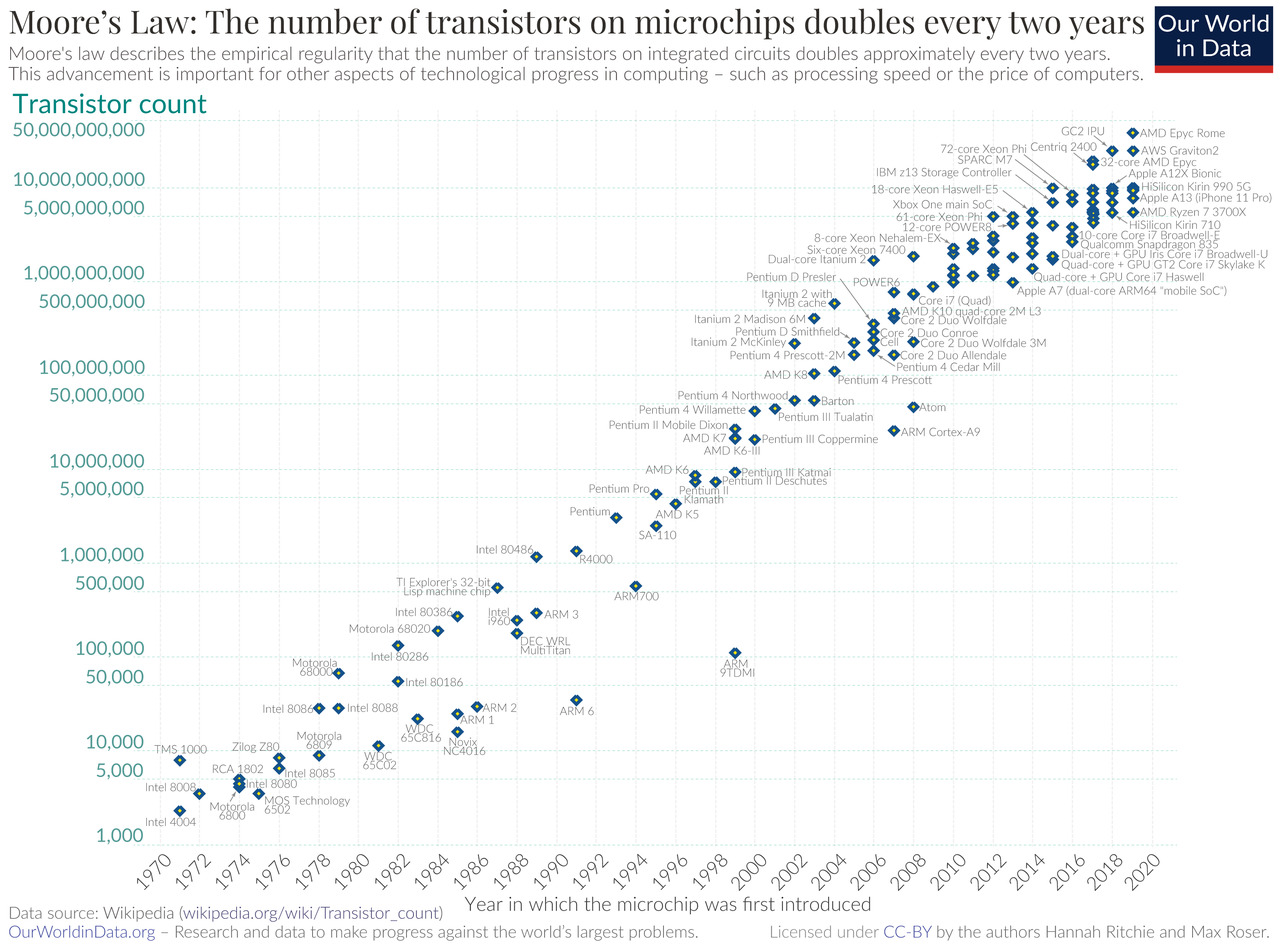 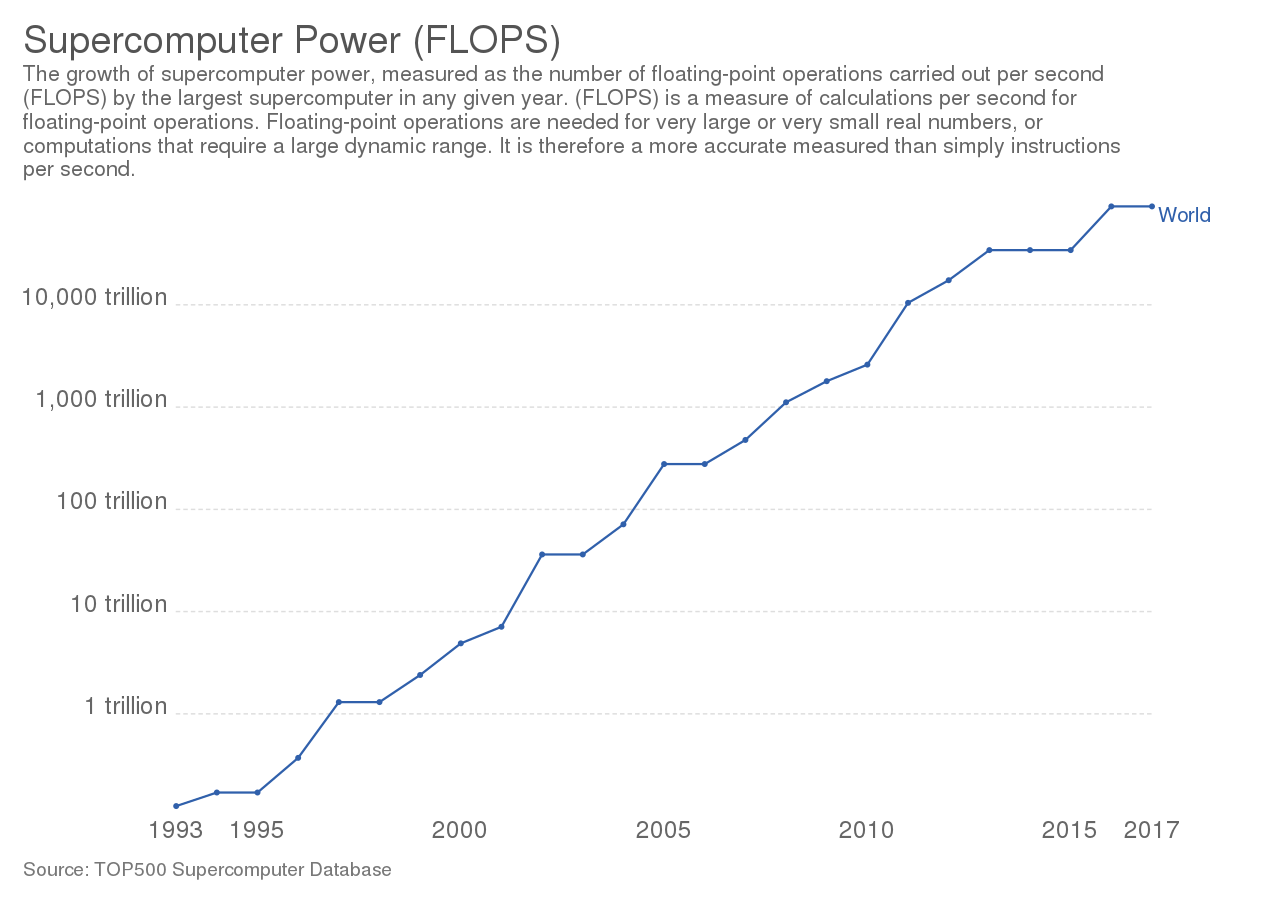 So I think that indeed we can assume that the total hashrate is exponential in time, i.e. that the number of leading zeros in block hashes is linear in time in the long run and that this will be a problem for Bitcoin sooner or later.

No, it's not reasonable to expect that the hashrate will continue to grow exponentially (sustained exponential growth is generally unlikely for pretty much anything). See this chart of the hashrate growth since inception on a logarithmic scale: 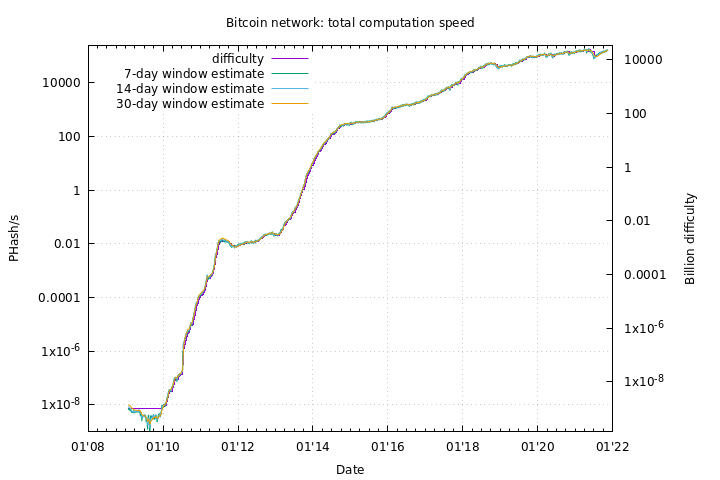 As you can see, hashrate growth has been slowing down. Bitcoin's hashrate was increasing very quickly at first, because mining hardware went from CPU to GPU to FPGA to ASIC to miniaturized ASIC. For a while each generation of hardware was obsoleted in less than a year after release. Meanwhile, ASICs have caught up the state of the art of chip production, and improvements will be more gradual. 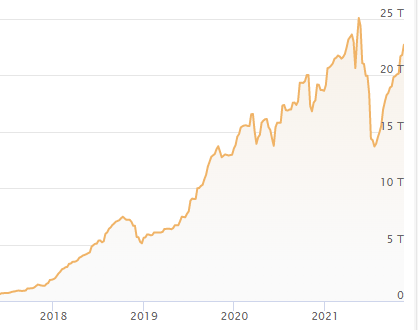 Not the answer you're looking for? Browse other questions tagged proof-of-work hashpower or ask your own question.

5
How will a massive increase in hashpower affect orphan rates?
4
What is the hash-rate of the Bitcoin network that results in the maximum difficulty?
0
How does the getblocktemplate request rate correlate with a miner's hashrate?
1
How harder is it on average to find a block with one more zero in its hash?
5
How do we know which miner or pool mined a block?
0
Can the Bitcoin halving be delayed?
1
What is a relationship with total hash rate(hash power) and average block generation time?
2
What is the formula for inferring hash rate from difficulty and block frequency?
0
Who can predict that a benign attacker has 51% hash rate of the system?