What does this indicator mean in the right bottom cornor of the official Bitcoin wallet? 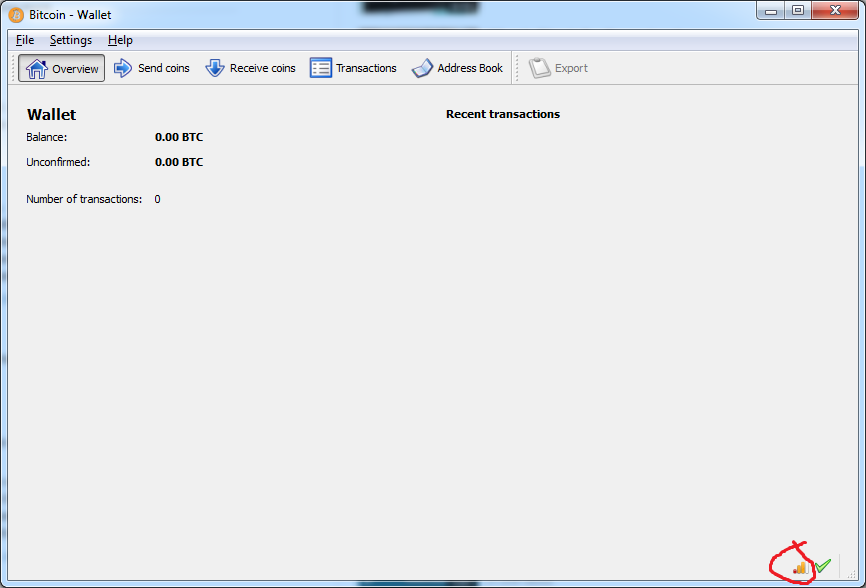 When I hover over it I get the message "8 active connections to the Bitcoin network". Should Is this number too low and how do I change it?

wallet network
Share
Improve this question
asked May 21 '13 at 7:22

That icon indicates the state of your connection with the rest of the Bitcoin network. "8 active connections" mean that you are connected to 8 other clients.

Since you got 3 of the 4 bars with 8 active connections, it is enough. As far as I remember, I always had 3 bars, so I guess it's the default setting. Probably, to get the last bar you will have to manually configure more nodes to connect with.

When you have 1 or 2 bars, there can possibly something wrong. Maybe your firewall blocks the port for Bitcoin (8333).

The other option for this scenario would be to forward port 8333 on all firewalls/switches or whatever port defined in bitcoin.conf .

Please take also into account that nodes need some time to connect. However, 8 connections should be fine for the average user.

Also to note, a running node is visible on the network, take blockchain.info connection log for example, an attacker could target, audit and exploit running nodes.

Not the answer you're looking for? Browse other questions tagged wallet network or ask your own question.

2
How does a client know it is connected to the right P2P network?
5
How many addresses are sent in response to a getaddr message?
0
Why does getdata have a field for the number of inventory entries?
5
What does change address mean inside Electrum wallet?
1
What does it mean by “many different transactions tied to a particular bitcoin address” in this context?
6
What is the oldest Bitcoin Core Client that can in theory sync to the chain tip?
0
What would the effect of a very long bear market be on the Bitcoin economy?
4
Discovering Bitcoin network topology