I have read the whitepaper a few times now, I just want to know precisely what Satoshi meant by 'digitally signing a hash of the previous transaction and the public key of the next owner and adding these to the end of the coin.' 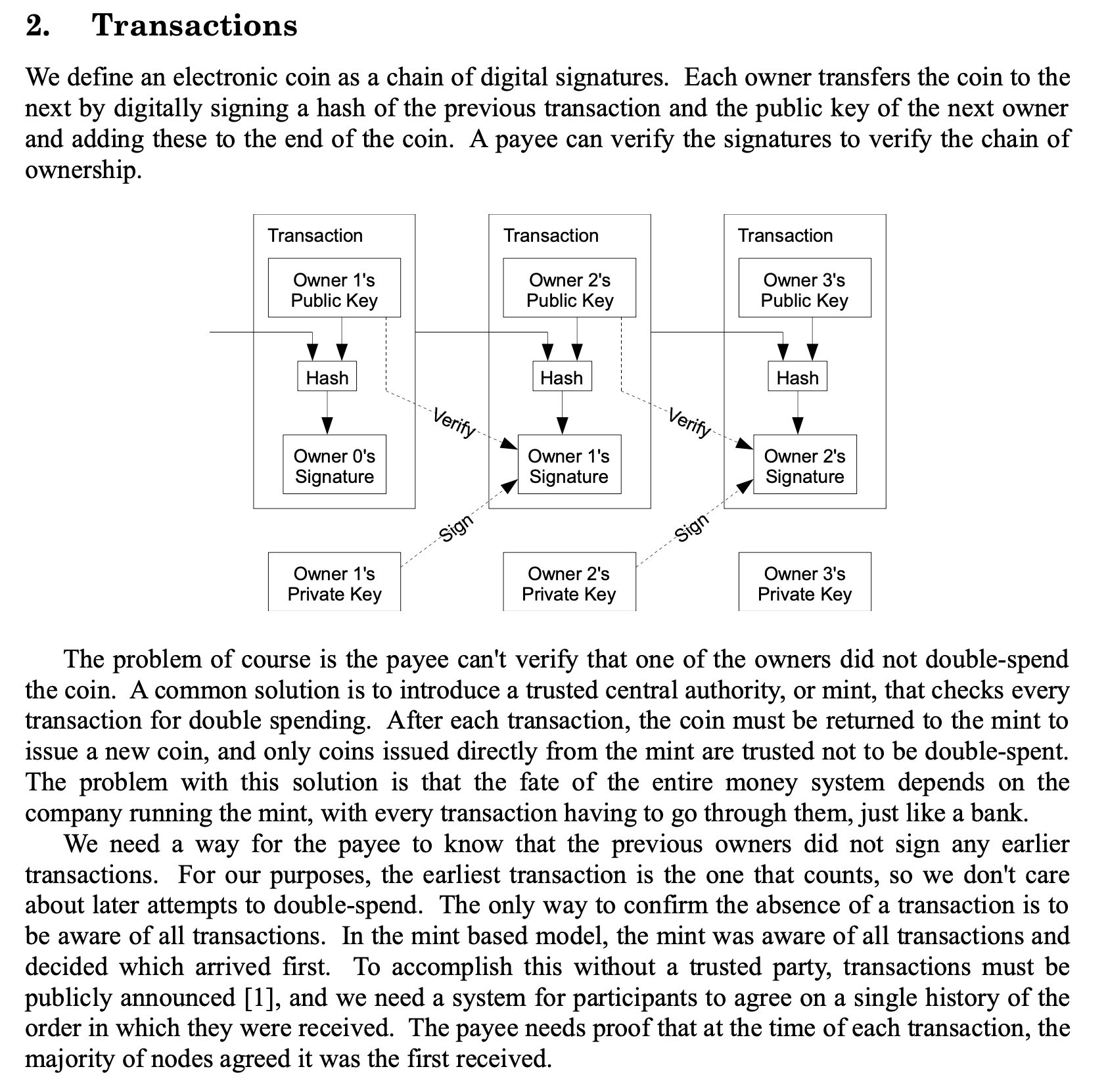 Forget everything you know about Bitcoin, imagine you are reading this for the first time in late 2008 and you have only read the abstract and sections 1&2. Does he mean:

I want to explore evolution of Bitcoin in a chronological way by trying to put myself in the shoes of the people working on it at the very start and so I want to know what Satoshi really meant. Can't seem to find anything online

According to some of his other writings, Satoshi had a working prototype when he wrote the whitepaper¹. The whitepaper gives a high-level overview of how Bitcoin works, and to that end, Satoshi simplified some of the concepts.

For example, "We define an electronic coin as a chain of digital signatures." is a simplification, because transactions can have multiple inputs and multiple outputs. The resulting structure is a directed acyclic graph, not a chain.

Likewise, the "Hash" box being composed from previous transaction and public key of the recipient is a simplification. The first output type, Pay to Public Key (P2PK), locked funds to the recipient's public key (literally: <pubkey> OP_CHECKSIG). Meanwhile, inputs identify which "coin" they're spending by referencing the transaction output's outpoint, txid:vout, composed of transaction id and position in the output list. For signing, we then create a digest of the entire transaction to commit to the exact inputs and outputs as well as other details of the transaction. This hash of the transaction to be signed, the sighash, is then used as the input for the signing algorithm, along with the senders private key. As you can see, the whitepaper does not provide nearly enough information to deduce the actual implementation.

The whitepaper does a fine job explaining Bitcoin in broad strokes, but the actual implementation details only became apparent when the software itself was published. Here's for example a copy of the original release's codebase annotated by Jeremy Rubin.

¹ A whitepaper is a document meant to give a concise overview of something, usually to entice readers to learn more about a product or proposal. (And it worked! Read it some nine or ten years ago, I'm still fascinated.) However, it's a marketing document. It's not meant to be a comprehensive technical document. I don't understand why people are acting as if it were some form of ultimate truth (in this vein, see e.g. this errata).

Not the answer you're looking for? Browse other questions tagged transactions satoshi-nakamoto whitepaper or ask your own question.

8
Explainations about chaining of transactions
3
Do all private keys that are resolved to the same address give access to the bitcoins on this address?
2
How does the receiver of a transaction check the whole chain of ownership?
1
Satoshi Nakamoto's Transaction Chain Diagram Hash Value
0
Confused About Hash In Satoshi Nakamoto Diagram
1
How is Recipient's Public Key Used When Receiving Coins (if at all)?
0
Problematic Digital Signature with SECP256K1
1
Sign transaction legacy with Openssl
1
Copyright claim to Bitcoin Whitepaper
0
Isn't timestamp server overkill?