There are a lot of 100 input transactions in some blocks, what's the reason? 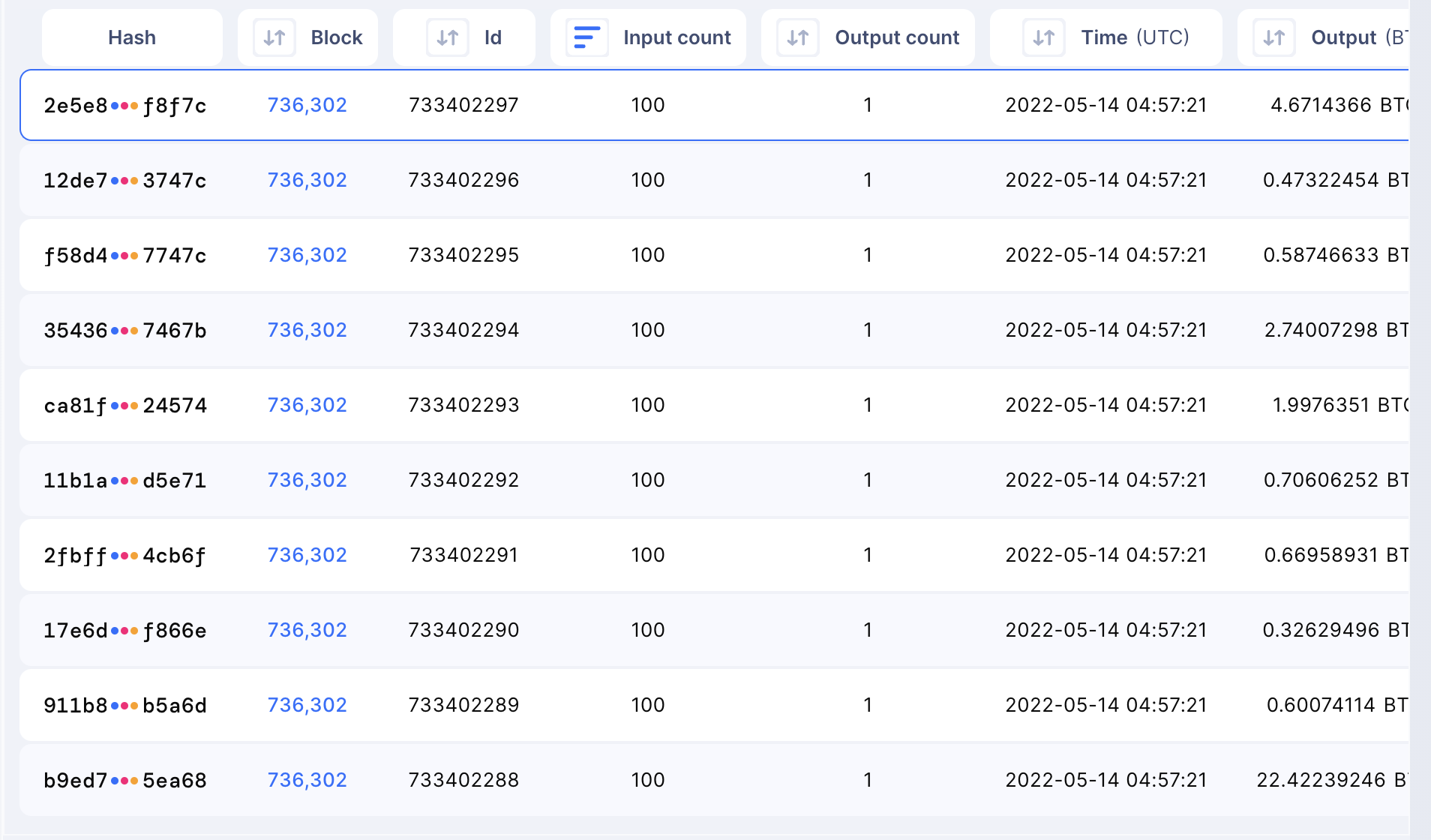 transactions blockspace-market consolidation
Share
Improve this question
edited May 17 at 12:51

On 2022-05-11, someone dumped within an hour about 100 blocks worth of transactions on top of the mempool. The transactions you point out are part of that dump.

If you look closely, you'll notice that these transactions all sent to the same recipient, bc1qm34lsc65zpw79lxes69zkqmk6ee3ewf0j77s3h. The address is heavily reused: it has been involved in over 300k transactions. The blockchain exploration tool oxt.me identifies the address as "Binance (Hot Wallet)".

Given the pattern of many inputs to a single output and the recipient being Binance's hot wallet, we can surmise that we're looking at consolidation transactions. Consolidation transactions are usually used to round up a lot of low-value UTXOs into bigger chunks to opportunistically spend inputs at low feerates. This makes subsequent transactions at higher feerates cheaper as fewer inputs are needed. When performed as a regular maintenance operation, consolidation transactions are usually low-urgency and tend to be submitted at the lower end of the mempool instead of at the highest feerate. As blockspace demand has been at a historical low for months, Binance could have achieved the same effect for a fraction of the cost with only little more effort.

A lot of the consolidated inputs were multiple weeks or months old, and if Binance had started earlier, they could have been steadily submitting a couple of these transactions every few minutes to get them into blocks that didn't get full instead. 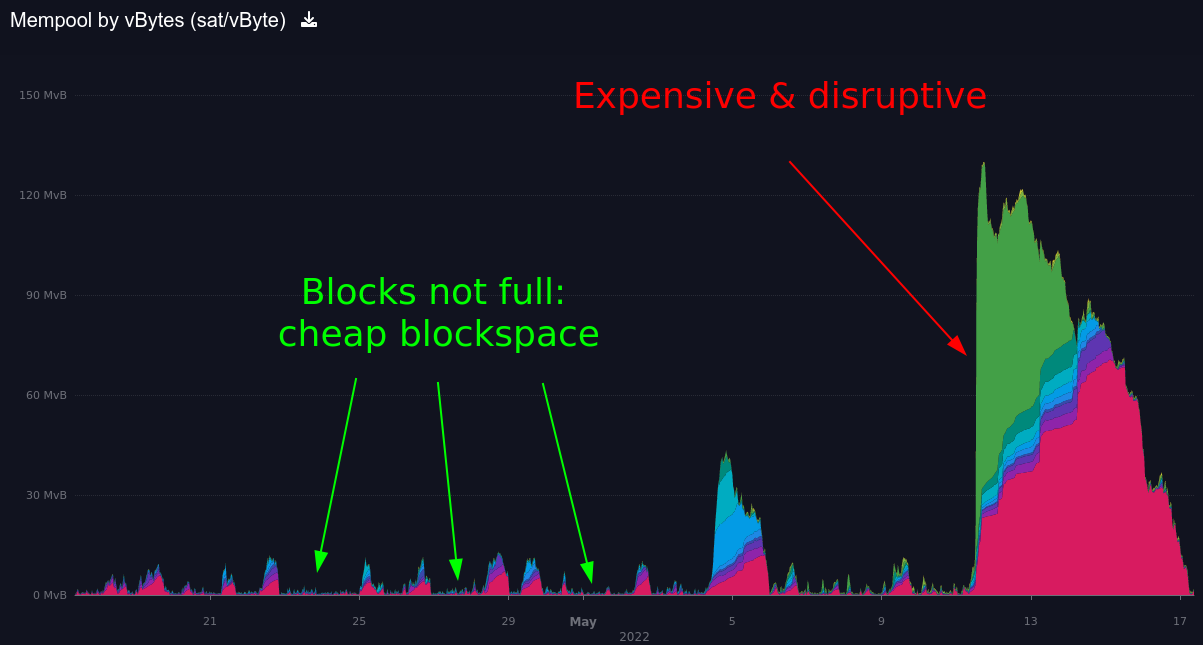 The green peak under the red arrow is mostly composed of Binance's consolidation transactions via mempool.space

It's unclear why Binance chose such high fees for their consolidation transactions. It seems that the funds were transferred from a different wallet as all the inputs are P2PKH (non-segwit) while the Binance Hot Wallet address is P2WPKH (native segwit). Perhaps their hot wallet was starting to run low on funds, and they urgently had to transfer funds from their receive-wallet to provide liquidity. Alternatively, the wallet operator might have also not looked closely enough: each of the consolidation transactions pays exactly 200,000 ṩ in fees—they might have just been off by a factor of 10 and meant to use 1.35 ṩ/vB instead of 13.5 ṩ/vB.

We can only speculate.

Maybe it's an exchange consolidating a lot of small change in batches of 100.

Not the answer you're looking for? Browse other questions tagged transactions blockspace-market consolidation or ask your own question.