Can someone explain *simply*, but precisely, how the mnemonic seed phrase is used to produce the bip39 seed

I understand how the words are generated ("bip39 mnemonic" at the link). But Im not quite clear on how the words give rise to "bip39 seed" two sections later.

Ive followed a variety of youtubers who demonstrate the calculation in python, but my computations are not coming out the same. Im not sure why. Clearly Im missing something about how certain strings/values are being constructed prior to the sha512.

These pictures are from Mastering bitcoin and were so insightful for me.

How the mnemonic words are generated: 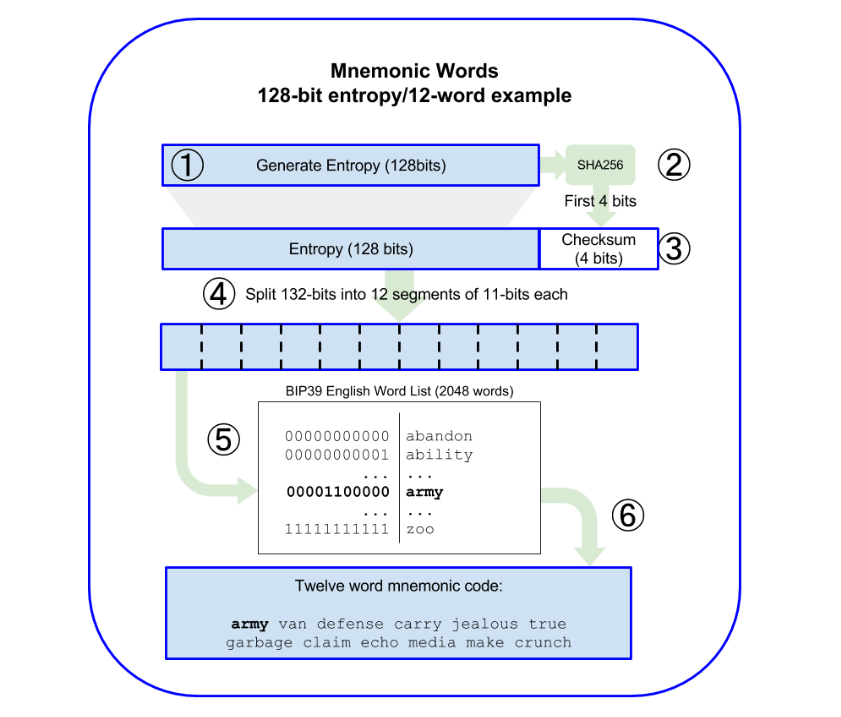 How they are used to generates master seed of your wallet: 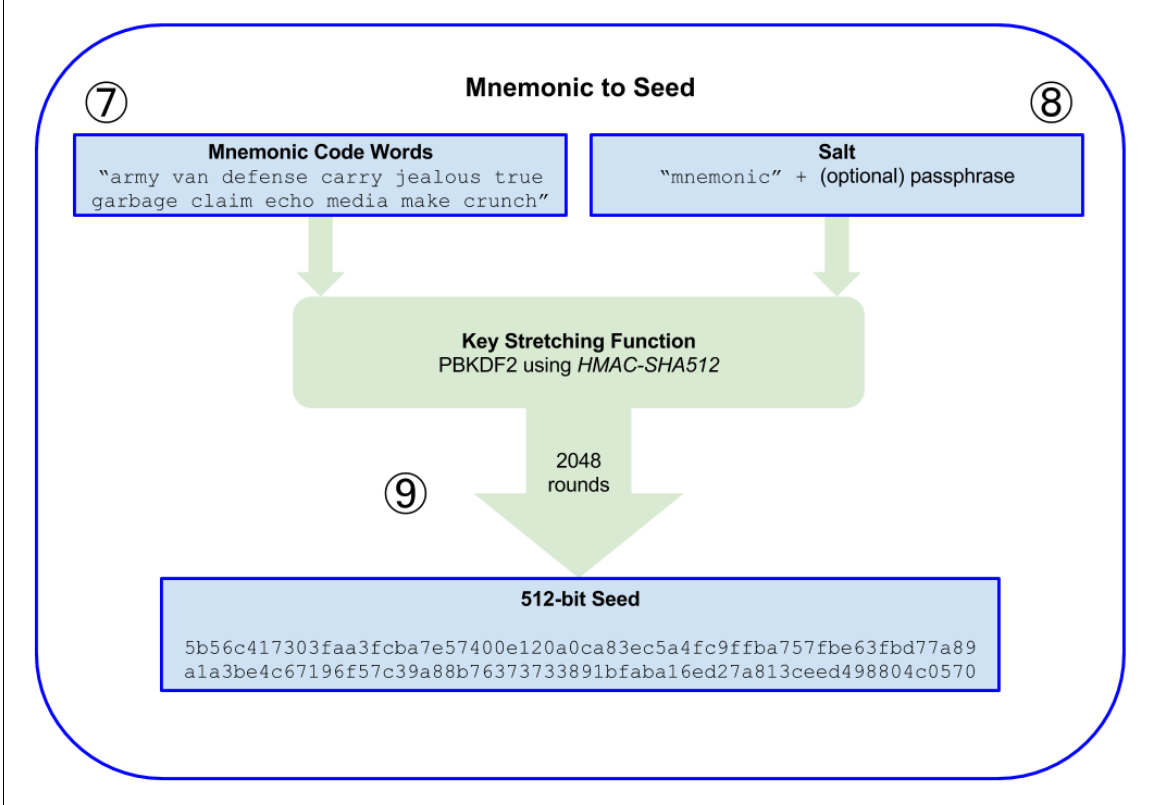 If a passphrase is not present, an empty string "" is used instead.

When I try to generate a random mnemonic on https://iancoleman.io/bip39/, the derived BIP39 seed is the same as when I manually calculate it with https://stuff.birkenstab.de/pbkdf2/ using the steps above.

To complement Vojtěch's answer James Chiang explained how the seed is derived from the mnemonic during his TeachBitcoin class in 2019:

When I generate the seed for my HD wallet I do not go back to the secret entropy. I don’t decode my mnemonic word phrase to obtain the entropy. Instead I join all my words into a sentence, I concatenate a string mnemonic, there is an optional passphrase that you can introduce. Then through the password-based key derivation function 2. What is that? That is basically many (2048) rounds of HMAC-SHA512. That takes as an argument the sentence and as a salt, the mnemonic and the passphrase concatenated. The many rounds are equivalent to a length extension. It makes it more expensive to brute force. Adding more rounds is the equivalent to adding key length if you will. Then we finally end up with a 512 bit seed. This is the seed that we use to derive the rest of our wallet.

0
How are crypto wallets derived? Specifically the BIP32 Root key

2
Is mnemonic words -> mnemonic sentence standardized?
1
How many letter tiles does one need to build any 24 word mnemonic?
1
Mnemonic Phrase (BIP39) with Existing Seed Generating Library
0
Using seed to send bitcoin from a wallet's specific private key
5
How to generate public and private key pairs from the 12 seed words in python
2
Calculate mnemonic code from terminal
2
Why seed from BIP39 mnemonic phrase is much longer than entropy?
1
Chance of a word repeating THREE times in a BIP39 Mnemonic passphrase? And what about 2 words repeating 2 times each?
0
What is the best bitcoin software wallet where I can import my mnemonic seed phrase?