I am confused with the below terms. Could someone explain them in simple terms and confirm that my rationale below is correct?

I have created the following graph. 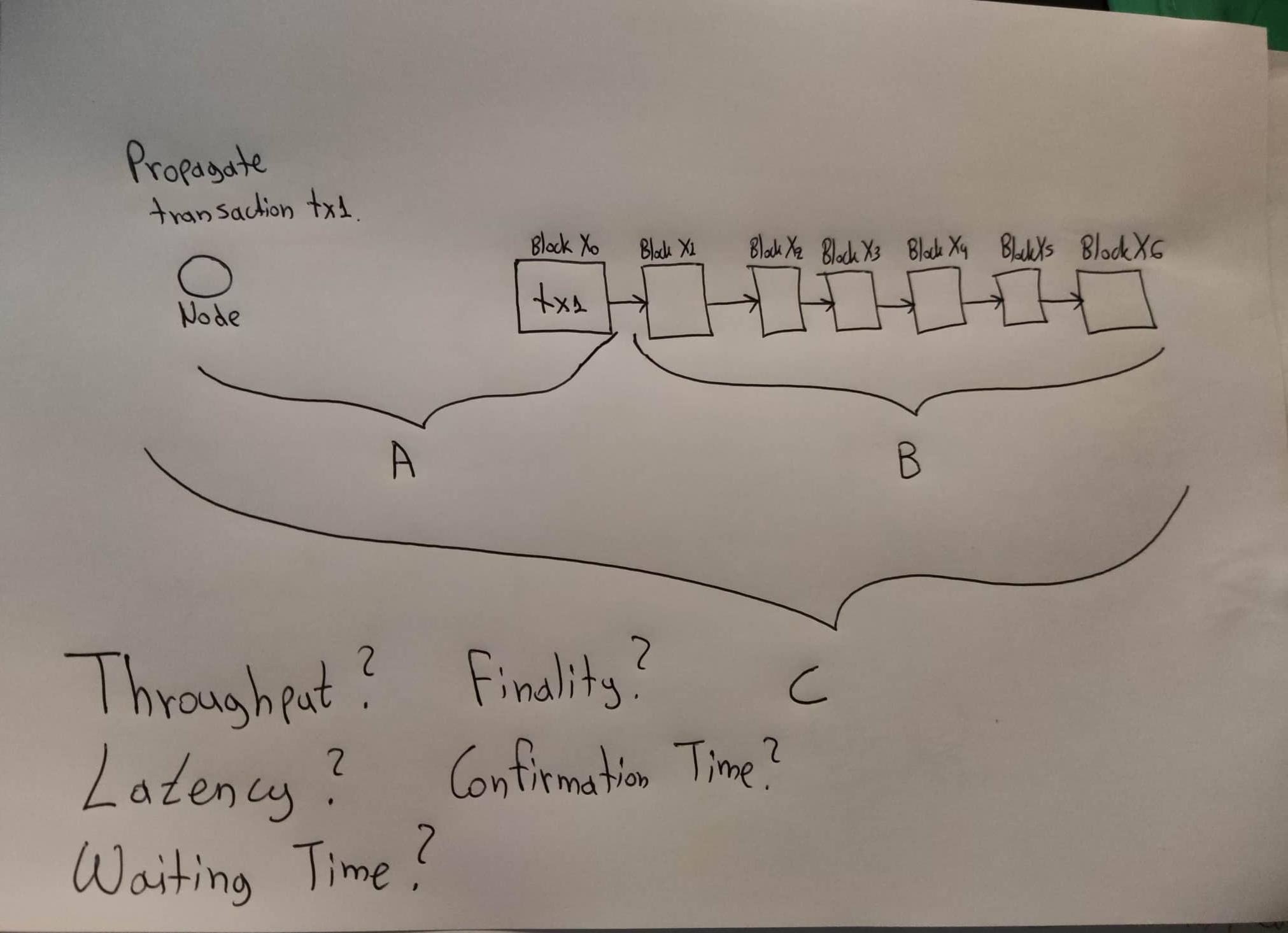 Could someone confirm if this is the real meaning of the terms waiting time, throughput, finality, latency, and confirmation time?

I think some of these terms (e.g. latency) might be used in multiple different Bitcoin settings and hence have different meanings but I can give you my understanding of how each term is typically used.

Waiting Time - The time it takes for a transaction that you broadcast to be included in a block (with a single confirmation).

Throughput - The number of transactions a blockchain can process per second. In Bitcoin's case I think it is approximately 7 transactions per second with blocks mined on average every 10 minutes.

Finality - When a transaction is considered final i.e. it is highly, highly unlikely for a blockchain re-org that would impact that transaction's inclusion in the blockchain. Typically we consider a transaction final when a transaction has 6 confirmations: it was included in a block and 5 other blocks have since been mined on top of that block.

Latency - The time it takes for a transaction to reach a specified destination (perhaps the entire network, a specific miner or all miners).

Confirmation Time - Used interchangeably with Waiting Time. The time it takes for a transaction to be confirmed (and included in a block) from the point you broadcast it out to the network.

11
How has the problem of waiting for confirmations been eradicated?
1
How to measure TX confirmation latency
1
Are there any stochastically dependent proof of work algorithms?
2
Second, Third, Etc Confirmations taking a long time, why?
0
How can low latency and high scalability be achieved with increased block size in BTC?
1
What is the downside of having a default setting in which nodes will invalidate blocks that comprise a surprise reorg?
3
How do the various Lightning implementations treat latency? How long do they wait for a peer to provide a signature before using unhappy path?