Sending from Bitcoin-Qt to Coinbase

I had the idea to move all of my existing bitcoins (10 BTC) from Bitcoin-Qt/paper wallet to Coinbase.

At this point, Bitcoin-Qt still showed the balance as 10 BTC. I went ahead and made a transaction of 10 BTC from Bitcoin-Qt to my Coinbase address.

The result is that the transaction keeps having 0 confirmations, Bitcoin-Qt shows balance to be 0 BTC and the transaction never showed up in Blockchain. I have no idea where the "missing" 5 BTC are and what to do. I realize that a double spend might have occurred as 5 BTC was already imported to Coinbase from the paper wallet and I tried to send 10 BTC from the Bitcoin-QT.

Here's the Coinbase address https://blockchain.info/address/1GeQeHnJEnKfcfWonGCrj52kChyXqib5sC, and you can see the that the 5 BTC import from the paper wallet went through.

Addendum: It looks like the coins have been found; just quoting the relevant solution from the external thread so we have a complete answer on record. Long story short, the problem was as we suspected: the paper wallet did not contain all of the change addresses from the 5btc of transactions that had occured since tge import. Simple fix:

I started the client with /Applications/Bitcoin-Qt.app/Contents/MacOS/Bitcoin-Qt -salvagewallet. It's still syncing with the network, but it looks promising as it's now showing a +4.9315 balance!

Ok, I'm beginning to piece together what happened now.

update What do you know about these transactions from your link in the comments? Your client is only showing the -.01 portion of those tx but the remainder seems to be what's missing... 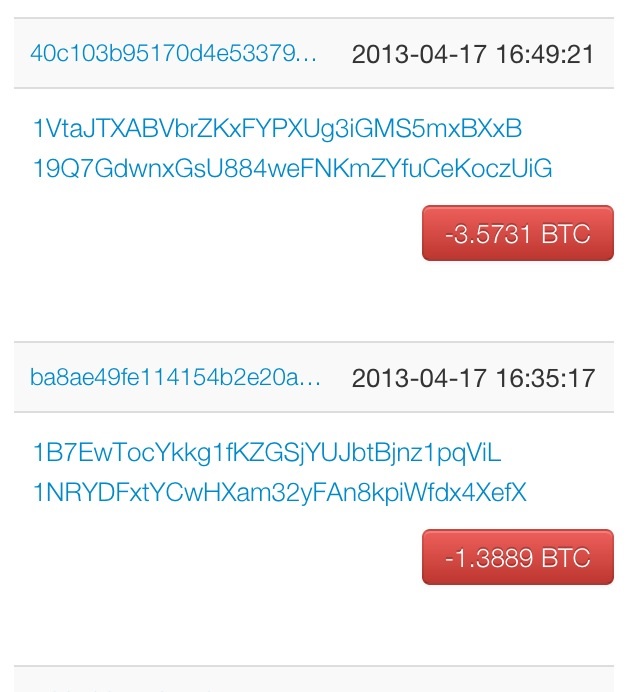 Not the answer you're looking for? Browse other questions tagged transactions bitcoin-core doublespend coinbase.com paper-wallet or ask your own question.

1
Sending from Coinbase to Blockchain wallet. Numbers explained?
2
Is it safe to authorize Coinbase to withdraw cash directly from my bank account?
1
Just received a payment twice from coinbase
0
Coinbase tells me to send from electrum to my private key?