Can I damage my computer by mining bitcoin?

I have been mining Bitcoin for a while on a few systems, some CPU mining (which has proved to be basically useless) and some GPU mining. The GPU miners are workstations, which have midrange graphics cards built in. I have not done any modifications or built high-end mining/gaming systems. One is an Apple iMac with an AMD Radeon HD 6770M 512 MB built in. I typically mine with the Phoenix miner and AGGRESSION=3 for at least 12 hours a day.

Can the GPU handle this load, or is it possible I will damage my computer by mining bitcoins without a dedicated high-end GPU?

It is possible to damage your computer by mining in the following ways:

Number 3 you should notice quite fast if you run your miner at top speed, full load. If you are already mining, this probably won't happen unless you increase your load, or are operating close to the limit of your hardware. If something flashes, smokes, or the computer doesn't turn on any more, this was probably the cause. Replace hardware.

Number 2 you should notice if you run your miner for about an hour, once everything heats up well. Again, if you are already mining and this doesn't happen, it probably won't if you keep your computer clean and give it some air. If your computer turns off suddenly, but runs fine after cooling down, this probably was the cause. Clean your computer chassis, possibly add some fans or replace hardware.

Number 1 you won't notice for months or years.

Mining with lower-end GPU should be fine in all the regards, asides maybe 1 (leaving your computer on for longer to mine will ear it down more). Usually it means you won't use as much power and generate as much heat, so you should be fine.

It is heat that kills.

You need sufficient airflow and good case design to keep the GPU and VRM (voltage regulators) cool. Most commercial workstations have insufficent airflow. Likely it has one or two small intake and one small outtake fans. Sufficient airflow generally requires much larger fans and more open case design. Things like cases which mount powersupply upside down (so it exausts hot air outside the case), large diameter case fan mounts, and side panel cooling is especially useful in getting enough cool air into the case and hot air out of it. "Reference" card designs (more below) also help with proper airflow.

You need a utility to monnitor your temps. Be sure to use a utility like "GPU-Z" which provides VRM temps. The VRM control voltage supply to GPU and memory and under load get very hot. With insufficient cooling they can exceed 100C which reuduce their lifespan.

You need to also check the other temps in your case. While you aren't stressing the CPU and motherboard if the case design isn't properly exuasting the hot air outside the case the ambient temp around CPU and motherboard will rise making cooling less efficient and could lead to damage to those components. CPU are far more suspetible to instability at high temp than a GPU. While 90C can be considered a high temp for GPU a CPU temp should generally be kept below 70C for long term stability.

Unrelated to heat an poorly built powersupply may be insufficient to handle the high 24/7 load but any premature failure is more a manufacturing defect (promising more than it can deliver) than an issue with mining. Some lower quality manufacturers bet on the fact that most computers aren't run at 100% load 24/7 and users buy larger powersupplies than needed and use that to cut corners. Mining can be brutal on a powersupply. It will be pushed ot high % of it's peak power and the load will be continual with no breaks. Cheaper built powersupplies just can't handle that abuse. Stick to major brands with good reviews and solid warranties.

About AMD "reference designs": These cards are usually the first design released by AMD and are designed to handle high load with multiple cards in a single case. They tend to be more expensive to build so card companies are always look for ways to cut cost as more users with single card don't need that level of overengineering. The reference design is visually very easy to identify as it will have a single squirrel cage fan near the interior end of the card, a closed heat shroud, and a vent which exhausts hot air outside the case. 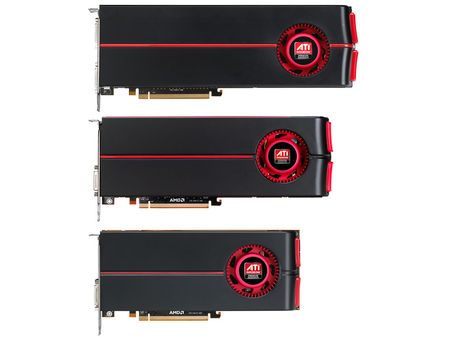 Controlling the computer's temperature is really important. Excessive heat may cause hardware damage and constant crashes. High end cards tend to consume more power and produce more heat, but any system can overheat if not properly ventilated. iMac's are known for their terrible airflow and there are reports of people running into problems by mining on them.

You should install a program to control your fan's speed and monitor your GPU temperature. The miner software also has configurable parameters to reduce the GPU load. In your case, consult the Phoenix thread and choose the appropriate aggression level (try a few different values and check the temperatures/hash rate).

For people reading through this in 2017+:

Times have changed and a lot of higher end cards are now far more power efficient. I'm mining ethereum with a 1070 FTW card and I get a solid hashrate around 25-26 Mh/S and my temperatures never break 65 degrees (C) even with an 100 Mhz memory overclock and 75Mhz GPU overclock.

As is common knowledge these days, leaving a computer on doesn't necessarily damage your computer, in fact frequently turning off/on your computer actually causes slight physical damage to your machine every instance. The most accurate thing in this thread is that it's true: heat is what kills hardware.

If you treat your hardware well, it's going to last a while. This is why people's laptops generally die out from a variety of costs in a few years - they're made poorly: the airflow is generally bad, the hardware is pushed to its limits in simple repetitive tasks (I'm looking at you, Netflix!) like power-up etc.

I've left my computer on for days on end and have not experienced any problems. It's important to monitor your hardware's temperature while mining, especially taking into consideration things like voltage, fan speeds, and usage statistics for CPU/Memory/GPU. If you can reduce stress on the systems that are working the hardest, you can increase your runway.

Not the answer you're looking for? Browse other questions tagged mining-hardware gpu-mining or ask your own question.

10
Could the $25/£16 Raspberry Pi computer be used to run mining equipment?
5
Can I use an old Pentium 4 desktop for mining if I upgrade it with a good GPU?
0
Can I mine bitcoin without damaging my hardware?
0
Mining Every Last BitCoin?
2
Mining Bitcoin heats up my Computer. why?