Could a mining scheme driven by logistic function bring a greater price (= exchange rate) stability to a crypto-currency in comparison to Bitcoin for example since it better models natural growth?

Simply the monetary base would grow according to this function. This would mean that till half of the scheme period block rewards would rise from 0 coins to X coins and in the second half fall from X to 0. After the scheme's period would be over and all currency had been mined, transaction fees could be introduced to keep the system working. 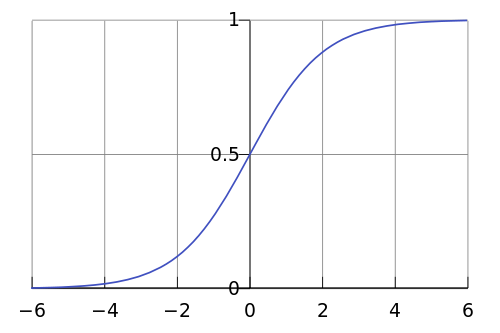 I think this is a viable idea and is worth exploring further, Are there any alt coins employing this function yet?

I have been thinking about it for over a year now and see that with Bitcoin by having the early adopters hold a majority of coins helps to preserve the original protocol, as those invested in the system stand to lose the most if it is changed. The result is as the Bitcoin network grows the protocol and clients side use of the network is strengthened by the coins that will remain with the preferred fork.

With the normal distribution model facilitated by a logistic function, early adopters will not hold as much influence in keeping the original intent of the protocol intact, as early majority adopters will hold the most influence.

There are possible alternates like a proof of stake, mining option that could be reworded for maintaining the original blockchain, and can be redeemed/ utilised as a stake to mine, thus regulating mining growth with that of maintaining the growth in bandwidth and storage. (allowing for 2 specialisations: 1) mining coins - 2) maintaining the block chain.

The result is when mining jumps significantly: 1) early adopters can sell their mining options (maintaining the original protocall) 2) the market demand to mine more is held in balance with bandwidth and storage growth. (making it more environmentally viable and allowing for greater decentralised block chain storage.)

Ie. the protocol stake holders are the ones who maintain the block chain. And to do a 51% attack you would have to strengthen the base network, I can imagine preventing modification of the block chain.

Not the answer you're looking for? Browse other questions tagged exchange-rate mining-reward alternatives blockchain-fork money-supply or ask your own question.

3
Alternative currencies eWallets
4
What client to use for an alternative special purpose blockchain?
2
Alternative incentives for miners
0
A Bitcoin alternative with non decreasing reward
1
Popularity based mining (variable block reward)
0
Which pooled mining scheme is better in terms of constant mining?
1
Is the difficulty in mining a function of how much total mining power there are in the ecosystem?