Why invest in mining hardware if the difficulty continues to climb at an exponential rate?

Creating a block is a proof of work with a difficulty that varies with the overall strength of the network.

So with these purty graphs there is a continuous exponential trend in increasing difficulty due to the combined total of network's computation strength.

My question is, now that the difficulty is shooting up like a rocket this year, why bother investing in any type of miner hardware? Feels like the difference between buying $100 worth of lottery tickets and buying just $1. The odds of winning the lottery are so low that buying $100 still leaves you with very low odds and you out of that much more cash.

The mining difficulty is going up very fast. You are correct. But the mining industry is also stimulating the Bitcoin economy significantly. See this news story, for instance: KnCminer sells $3M of bitcoin mining equipment in 4 days

My best answer to your chart is another chart: 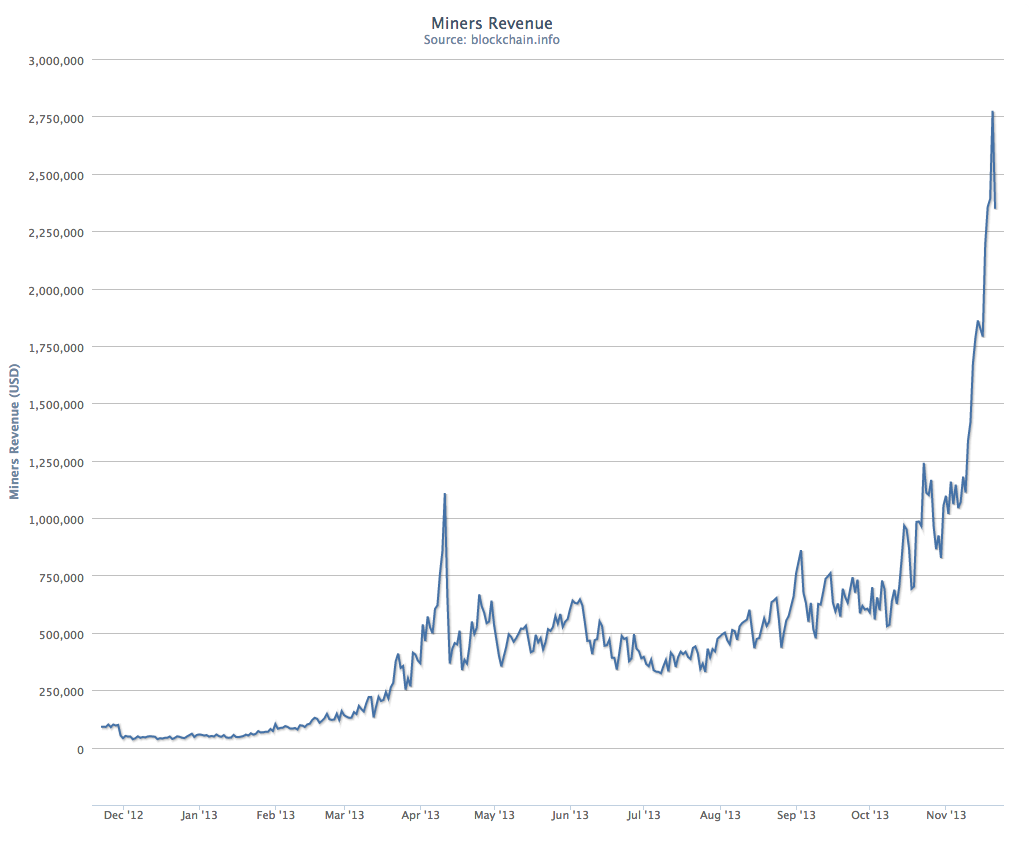 Even with the bitcoin difficulty skyrocketing and the hash rate of the network steadily climbing, the math says it all.

Now mining at that scale is not for everyone, that is where hashing data centers come in to the picture. If someone wants to mine some of this currency but cannot afford to buy the expensive gear that is required to keep pace with all of these numbers, cloud services will allow little guys to play ball at whatever prices they can afford to pay.

The primary purpose of mining is to secure the bitcoin blockchain from hostile entities. It is designed such that it should only be minimally profitable over the cheapest electricity costs with the most efficient mining, and thus achieve the highest security without unjustly enrichening miners. Unfortunately, the difficulty is slow to adapt, and this combined with preorders creates an unreasonably high demand for mining hardware.

TL;DR - There's not enough coin for everyone on earth to have 1, or even 0.01 -- the value will eventually adjust once early adopters sell their massive stores of coin, thereby spreading the coin around.

Aside from what others have mentioned, here's the problem as I see it:

There's still quite a few early adopters who are selling at below what the market value should be. They mined early, and instead of buying 10,000 BTC pizzas, they sat on the coin until it was worth selling.

Now that it's hit some great numbers (in the greater scheme of things), they're selling steadily -- not enough to kill the price, but enough to keep it from climbing with the network difficulty.

Current miners who know the current cost of mining (which is pretty damned significant in terms of computer costs, power costs, and especially time) are a lot less likely to dump their coin at current-day prices. They, like the earliest adopters, would rather see bitcoin at higher marks to let their coins go for fiat. This is where I fall in as well.

Sure, I can sell my few coin at today's prices, but if I make a profit (not sure if I do after with power costs), the profit would barely be worth the time. I'd rather wait for more digits -- hitting $1,000/btc again would be nice to see, and I'd probably start spending a bit of coin here and there, but until we see $5,000+, I'm not going to sell any coin.

Given that $4,500 worth of hardware, tons of power and heat, and endless RMAs only gets me 1-2% of a bitcoin per day right now (WAY less than a few months back), I feel that if I sold all of my coin, it would take me a very long time to see a full coin again.

Remember that we've got over 7 billion people on this planet currently. By the time all bitcoin is mined, probably closer to 8 billion. With only 21 million coins to go around, if everyone had an equal share, they'd have what, 200k Satoshi? (0.002 bitcoin)

By sitting on a few bitcoin, you're hundreds of times better off than what the average person can possibly achieve in terms of bitcoin savings. Also, remember that the past few times the value jumped, it did so by 10-12x -- wait for a few more of those. :)

My take on this: I see 2 reasons to start mining bitcoin: - to help the network and be part of the bitcoin experiment - to make money

The first reason is a good one, but expect to not break even on your hardware/electricity costs. To make money you need instant access to new hardware (a profitable mining machine which is not in your hands is not a profitable miner), cheap electricity and preferably some kind of scale.

In short: I looked at it, then I just bought bitcoin :).

PS: I mined some altcoins for a while when it was profitable, but there the reign of gpu's is almost over as well so I expect it to become the same as bitcoin mining

14
Why are companies selling mining hardware instead of using it themselves?
2
If bitcoin was created years earlier, would we see the same rate of mining hardware evolution?
1
What are the relevant hardware-mining options as of 13 May, and and how should one choose one over another?
0
Why is the hash rate pumped near difficulty calculations?
4
Why is the reward decreasing while the difficulty of mining is increasing?
5
Why is mining difficulty increasing?
3
Is mining difficulty leveling out (Spring 2015)? How does this affect the economics of Bitcoin?