What would it take to track dollars like bitcoins?

Watching an ATM from a large US Bank accept a cash deposit makes me wonder - what would it take to track dollars like bitcoins?

Said another way, what would a blockchain for fiat cash look like?

When I deposit cash into this ATM, it scans each banknote. It uses Optical Character Recognition to classify the banknotes by value. I imagine that the ATM could recognize the serial number from the bill as well, and publish a corresponding transaction to a USD blockchain. 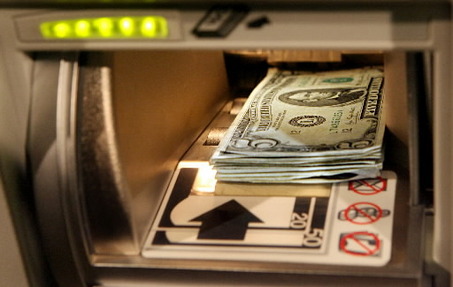 Well, in a sense cash-notes ARE tracked!! You've seen that scene in the movies when the "bad guys" ask for "non-serialized" bank notes as ransom? That's the exact reason: knowing dollar bills from e.g. serial numbers "AAA0001" up to "AAA1000" were given out as such payment allows a number of gov. organizations (from a number of countries) to track the movements of such bills, whenever and wherever they pop up at a legit commerce or bank that accepts them. And, of course, that allows these organizations to more or less track the movements of said people.

By asking for notes that don't conform to an (easily recognizable) set, the ability to track the where-abouts of the money (and hence, of the original people who receive it) is much reduced.

There are trillions of dollars in the world nowadays, about 8% of which exists as physical bank notes, millions getting lost/burned/teared on any day, and millions more printed. So no gov. agency would attempt to try follow the movement of any coin or bill - just the very much reduced set of bills known for being given as payment to "bad guys".

Not the answer you're looking for? Browse other questions tagged blockchain cash or ask your own question.

6
What does a double spend look like?
0
What would Bitcoin be like with two block chains?
3
How do I find out what getwork would have returned for an already mined block?
2
If I sent Bitcoins to family in Europe, would they be able to convert it to physical cash?
1
If all block chain copies get deleted, what would happen?
5
What would happen if there are more blockchain imitators like Factom?
9
What would happen if two blocks had the same hash?
1
Does calculating how many bitcoins I have take longer as time goes on?