What does the curve used in Bitcoin, secp256k1, look like?

What does the comparable curve in Bitcoin look like, or are all curves generally the same?

These curves - including the secp256k1 curve, y2 = x3 + 7 - 'look' nice when evaluated in typical fields (like the real numbers), but secp256k1 is defined over the finite field Z2256-232-977, which means the X and Y coordinates are 256-bit integers modulo a large number. Curves using such coordinates do not have any concept of continuous lines. 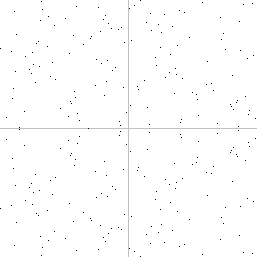 Note that even though it may not make sense geometrically anymore, it still has all properties you need. A line (which means, a group of points with equation ay + bx + c = 0) that 'intersects' 2 points of the curve, will intersect a third. Tangent again has no geometric interpretation anymore, but you can still symbolically compute a derivative of the equation in a given point, which will have the property of intersecting the curve in a second point.

To show you what you'd get if this were over the real numbers, here is a plot of the same curve equation for that case. Once with coordinates -128 through 128, once with -8 through 8. 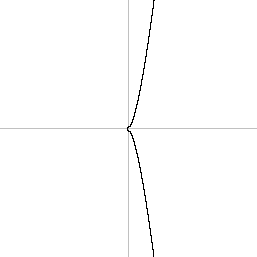 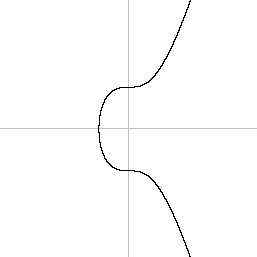 you can check the Bitcoin doc https://en.bitcoin.it/wiki/Secp256k1 , there you will find some technical details about the secp256k1 used in bitcoin.

Below an illustration of the secp256k1's elliptic curve y2 = x3 + 7 over the real numbers (plot using www.desmos.com/calculator/ialhd71we3) 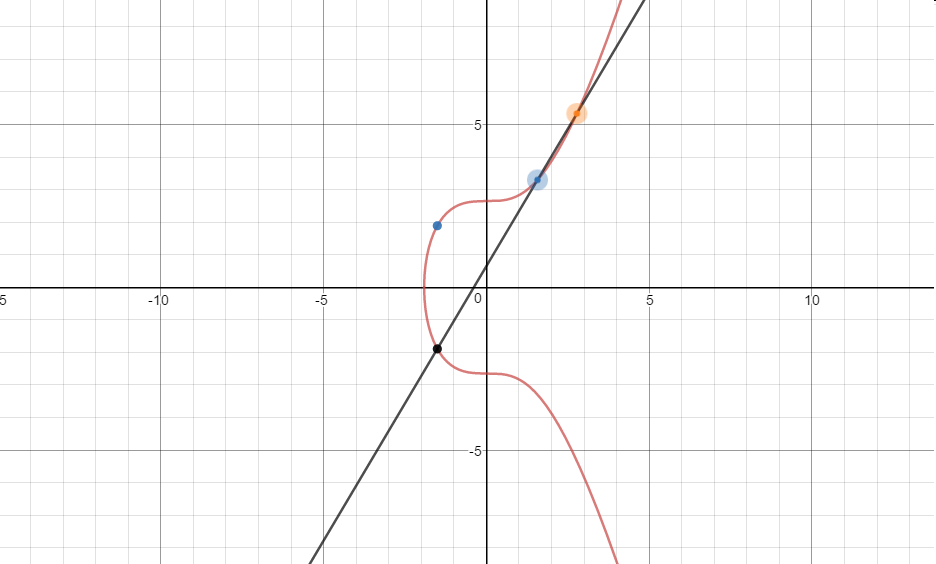 in the context of a finite field Zp, which greatly changes the ECC appearance but not its underlying equation or special properties. the picture below represents the same equation in a finite field F17 (the x and y values are integers between 0 and 17). 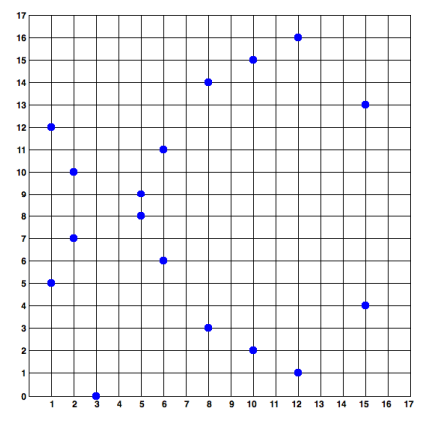 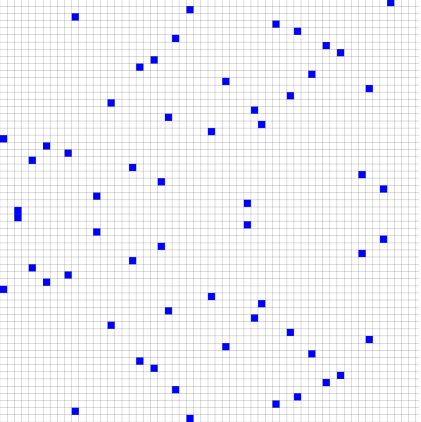 You will find an online opensource tool here https://cdn.rawgit.com/andreacorbellini/ecc/920b29a/interactive/modk-add.html which will help you to plot the graphe and to make addition or scalar multiplication on a EC. E.g plot over F97 with P+Q. 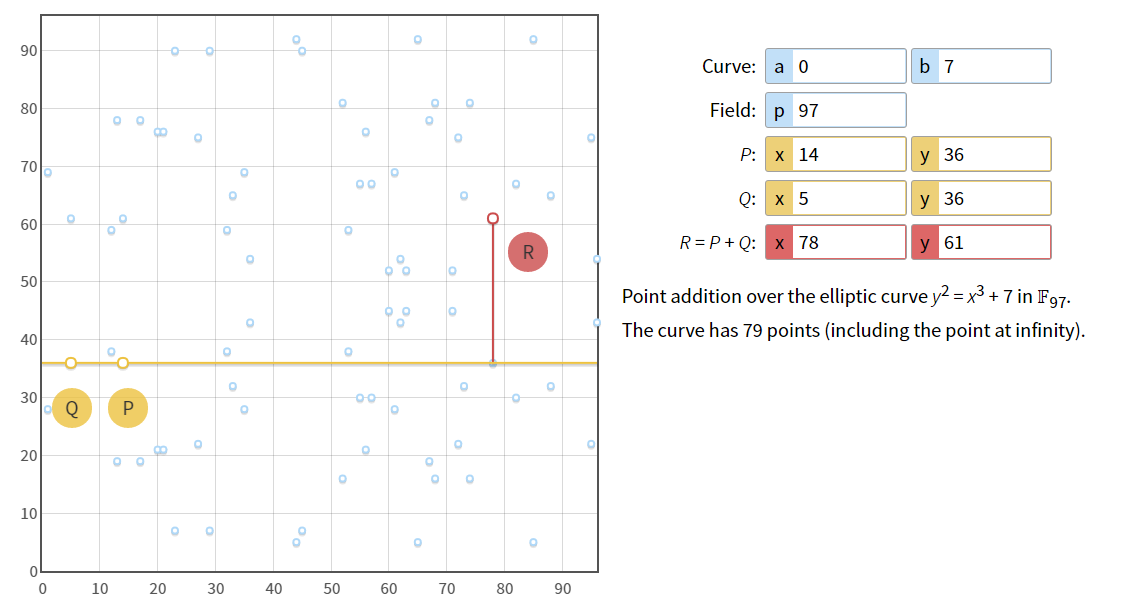 another good article to read about ECDSA in Bitcoin is https://github.com/bellaj/Bitcoin_Ethereum_docs/blob/6bffb47afae6a2a70903a26d215484cf8ff03859/ecdsa_bitcoin.pdf

secp256k1 was almost never used before Bitcoin became popular, but it is now gaining in popularity due to its several nice properties. Most commonly-used curves have a random structure, but secp256k1 was constructed in a special non-random way which allows for especially efficient computation. As a result, it is often more than 30% faster than other curves if the implementation is sufficiently optimized. Also, unlike the popular NIST curves, secp256k1's constants were selected in a predictable way, which significantly reduces the possibility that the curve's creator inserted any sort of backdoor into the curve. 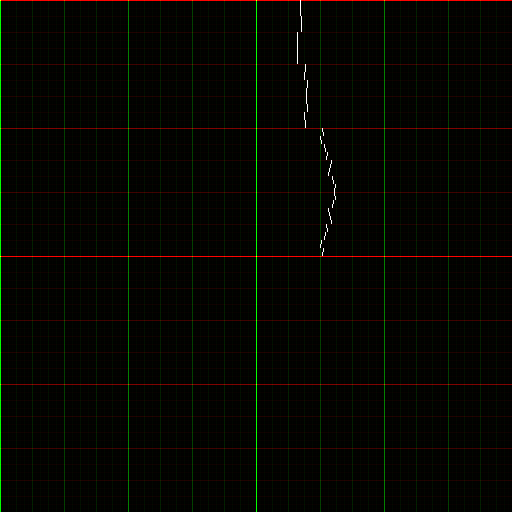 Not the answer you're looking for? Browse other questions tagged cryptography secp256k1 or ask your own question.

4
How to determine if a public key point y is negative or positive, odd or even?
3
What are the weakest cryptographic guarantees in Bitcoin?
1
Why is the Generator Point G for secp256k1 curve typically indicated in (y,-x) quadrant?
0
Why do private keys have a range limit?

5
Is this the proper way to use Bouncy Castle to generate a Bitcoin compatible key?
6
What standard is used for the ECDSA to verify transactions?
5
What are the advantages of using Secp256k1?
3
What are the weakest cryptographic guarantees in Bitcoin?
2
Openssl magic values? Secp256k1 and ECDSA similarities? What makes secp256k1 special?
9
Why doesn't basepoint G of Secp256K1 seem to be on the Elliptic Curve?
0
What is the math behind Bitcoin's elliptic curve?
0
Difference between Bitcoin private key space and secp256k1 modulo
4
Who is the creator of the secp256k1 standard?