New version of Bitcoin Wallet is signed with a different key

F-Droid is offering an update to Bitcoin Wallet, but when I try to update, the following message is shown. I haven't found any official news from the author about this key change. What should I do? 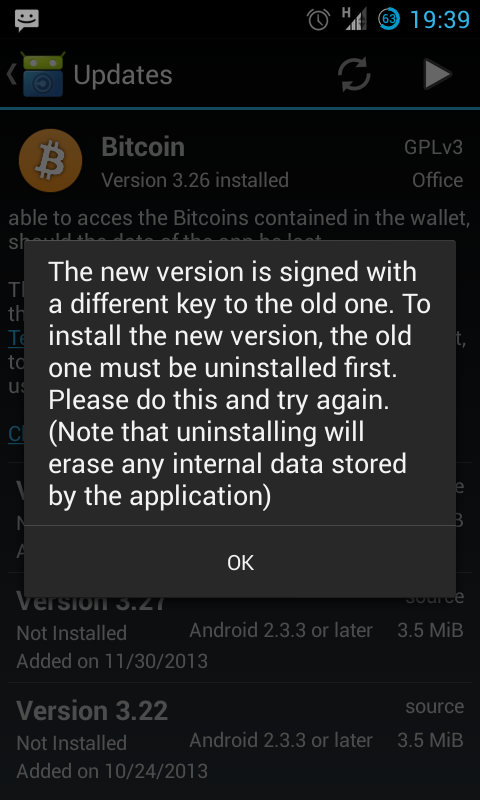 I don't have an account, but just popping in to clear this up. F-Droid repos sign all of the published apps with a separate, private key. For obvious reasons, that key is not the same as the one used by upstream.

Why don't we use the same key as upstream? Because we compile the apps ourselves, and because we can't expect upstream devs to always sign our built apks.

Long story short, this has nothing to do with upstream. You should either stick with his builds or with F-Droid's, but mixing them will result in signing key conflicts.

If you have no official information on the original website about this change you should not update the app.

If this version is a malware you could (and probably will) lose all your bitcoins.

Not the answer you're looking for? Browse other questions tagged bitcoin-wallet-app or ask your own question.