What are the minimal system requirements to run a full Bitcoin node?

I want to build a low profile system running as a full Bitcoin node, i.e. just running Bitcoin Core 0.9+ and pretty much nothing else. What is the minimal system (in terms of power consumption) that would be suitable for this task? Just bitcoind will do, no interface or visual interaction needed.

I'd really prefer something where I don't need to build all the software manually.

A simple small netbook would do, I guess. But could I even use something like a Raspberry Pi? Or perhaps some other single board computer?

I assume it'll need at least 20-30 GB disk space (for OS + Bitcoin Core with entire blockchain). Is there a minimum amount of RAM I'd need for bitcoind?

Curious to hear what kind of system and OS you guys would recommend for this!

Edit 1: Pictures speak louder than words (as a response to Jannes's comment, so I'm attaching a few performance screenshots from a full node running in Windows that just received a new block and a couple of minutes after that, as well as an analysis of the I/O index: 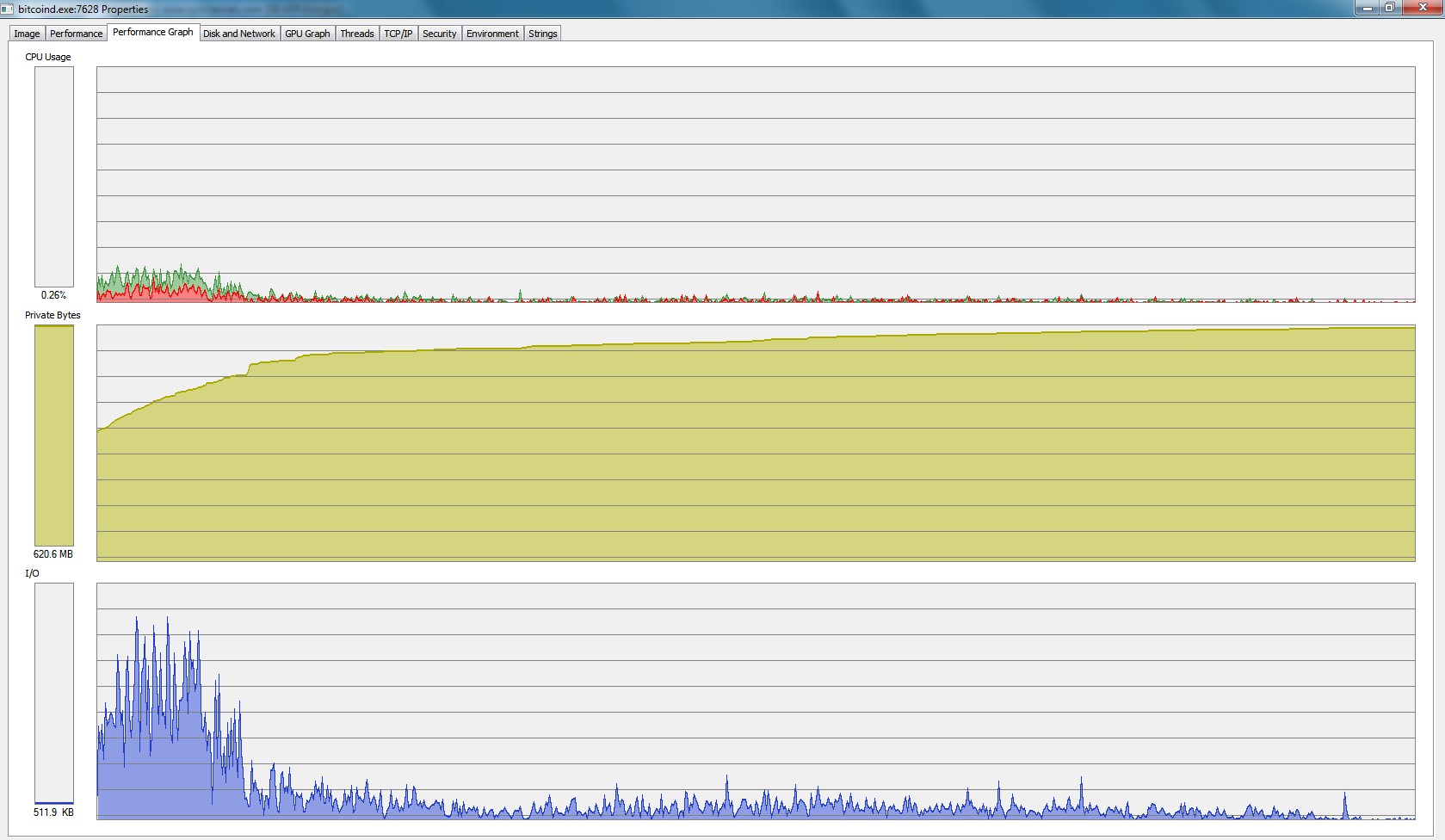 One of the I/O spikes of the block verification at level 3 (default for all clients): 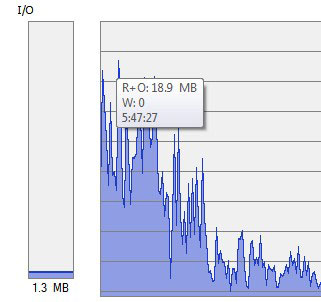 I/O analysis for the above graphs: 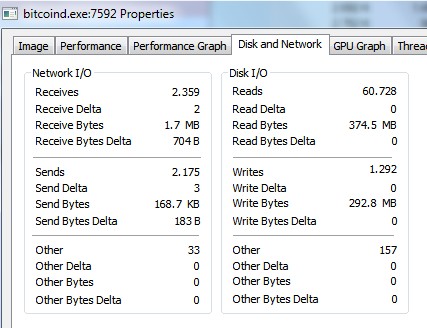 You can run a Raspberry Pi with bitcoind no problem. I have several Pi's running bitcoind in various locations and some of them have over 100 connections. Use a 64GB flash card and make sure you have a 512MB swap file. The only limitation you will find is your broadband upload speed , the Pi or it's flashcard will not be the bottlekneck. Use a good quality flash card like Sandisk etc. Also tell your router to route incoming connections on port 8333 to your Pi's IP address. The reason the only limitation is your broadband upload speed is because of parasitic loads such as new users trying to upload the entire blockchain from your Pi. If you do this , try to set your Pi up with blockcahin already loaded onto flash or SSD otherwise it will take some time to synchronise.

Not the answer you're looking for? Browse other questions tagged bitcoind linux nodes raspberry-pi or ask your own question.

0
Can I run a full bitcoin node on a Raspberry Pi?
3
How much memory (RAM) does a Bitcoin node use?
1
Computer Advice to Meet Bitcoin Core Requirements

22
What's the difference between bitcoind and bitcoin-qt? Different commands?
4
Running multiple BTC nodes on separate VMs on the same host machine?
8
How to configure bitcoind in Arch Linux
1
Running a full node on a macbook?
1
When running bitcoind I keep getting - boost::filesystem::space: Operation not permitted
0
Please help - Bitcoin Conf file in the wrong directory
0
Keeping wallet addresses outside bitcoin core
0
How to ./configure a built for Raspberry Pi?
1
How do I compile Bitcoin Core to be more portable?