Please walk me through a typical page on blockchain.info

I would tremendously appreciate it if you could walk me through this page. Why are there two addresses on the right? What is the longer hash called that is directly under "Transaction" (not the address)? Why do so many transactions occur in the middle of the ocean? Are there any other better websites to view the blockchain than blockchain.info? What makes a transaction "High Priority"? 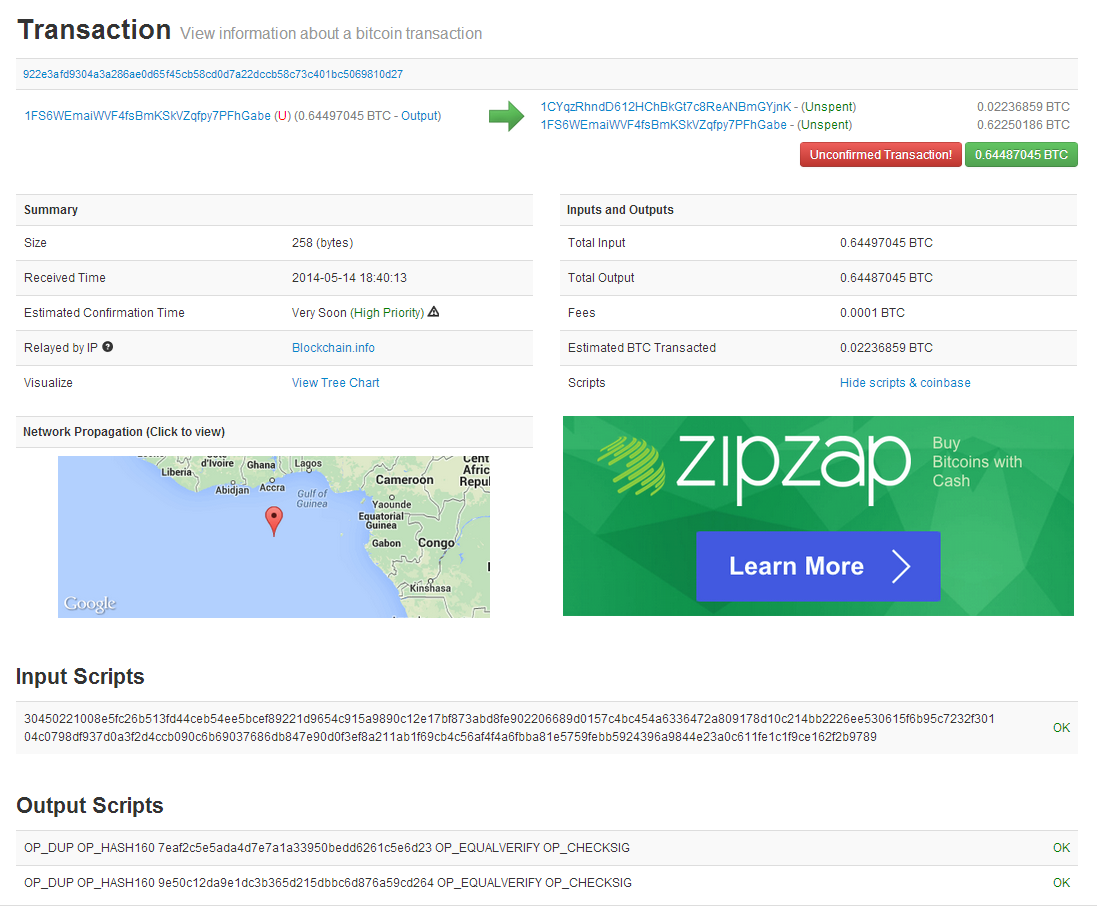 Why are there two addresses on the right?

Bitcoin transactions often have two outputs: one is the intended recipient, the other is a change address. This is because outputs must be used in their entirety, so the remainder is sent to an address that the sender owns. In this case, the change address was the address that the money was sent from, but this is not always the case (it can marginally improve security and anonymity to use a new address each time, including for change).

What is the longer hash called that is directly under "Transaction" (not the address)?

The transaction hash. It is used as a sort of identifier for the transaction, but beware using it for that before it's in the blockchain due to malleability.

Why do so many transactions occur in the middle of the ocean?

That is the lat/long coordinates 0N 0E. It really just means that blockchain.info has no good data on where this came from, so it defaults there.

Are there any other better websites to view the blockchain than blockchain.info?

Not in my opinion, as far as I'm aware.

What makes a transaction "High Priority"?

If a transaction includes a standard transaction fee and isn't non-standard, it will quickly be transmitted to nearly every miner in the world, who will start working them quickly. Some transactions have no fees attached, e.g. see this one (estimated time is "Within 6 Blocks (Medium Priority)") or find another on the unconfirmed list. These may be transmitted across the network, based on a few rules including the age and size of the inputs. Miners and nodes might not be as quick about transmitting these or may limit it to a few free transactions per block, so the transaction might not get into the chain as quickly.

Not the answer you're looking for? Browse other questions tagged blockchain.info or ask your own question.

17
Will general non-standard transactions ever be allowed?