Why do news articles say that Bitcoins have failed? [closed]

Ask Question
Asked 9 years, 8 months ago
Active 11 months ago
Viewed 268 times
-4
As it currently stands, this question is not a good fit for our Q&A format. We expect answers to be supported by facts, references, or expertise, but this question will likely solicit debate, arguments, polling, or extended discussion. If you feel that this question can be improved and possibly reopened, visit the help center for guidance.
Closed 9 years ago.

Many recent articles state that the great bitcoin experiment failed. Why is that? Has it?

Taking a look at the recent history of Bitcoin, say, one year, one sees a lot of problems that could hamper most projects. There was the speculation bubble, big price drop, many hacks on high-profile websites, Bitcoin being accused of promoting drug trade and so forth. At the same time there were few cases when Bitcoin was seen in a positive light - perhaps only the Good Wife episode. From that one could conclude that the project is likely to fail.

The real state of Bitcoin project is a bit more complex than that. There is a lot of money tied up with it (miners and investors), and the standard client is a quite stellar piece of software, but at the same time there are few opportunities to actually spend Bitcoins in a meaningful way, and a lot of the Bitcoin ecosystem relies on dubious security of third party applications.

Generally, the Bitcoin project will probably go through a period of remission from the limelight, hopefully giving enough time for the third party applications to shape up, the userbase to grow slowly and so forth, and only then start becoming more noticeable again, when it will start replacing other online payment processors. Alternatively, some major Bitcoin solutions might be taken down and the whole project could suffer because of that (say, if MtGox stopped operating).

Bitcoin is not dead, and it probably won't be shaped by the bigger news articles.

What you are describing is called Yellow Journalism - a pejorative to decry any journalism that treats news in an unprofessional or unethical fashion.

Bitcoin is something that is very hard to understand and also its anonymous nature makes monitoring its level of success something difficult to measure. As a result, making an assertion that Bitcoin has failed is something that can be made without having to being accountable even if that assertion might be false. Bitcoin's biggest supporters include many who could be classified as favoring libertarian ideals. Media bias exists, and generally doesn't favor libertarians. 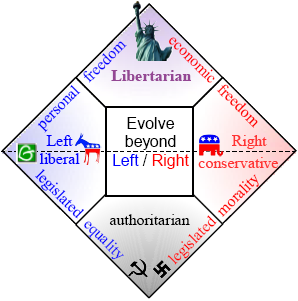 For instance, consider the media bias against libertarian-leaning Ron Paul in this election:

Not the answer you're looking for? Browse other questions tagged news-coverage or ask your own question.

8
Is there a list of news articles related to bitcoin?
5
The context of FBI involvement with Bitcoin
13
What should I do about the March 12th 2013 blockchain fork?
2
Is the news story about the missing hard drive containing £4 million GBP of Bitcoins technically feasable?
6
"Fidor to integrate Ripple protocol", what does that mean?
7
Why did Bitcoin lose value so fast in early January 2015?
2
What explanations are there for the bubble of 2013 and subsequent Bitcoin price in 2014?
1
Bitcoin ETF - Press releases
0
Is the public address for Tesla's wallet known?