When are multiple transactions spending the same output in the same block considered a double spend?

Here is an example of multiple transactions in the same block, all spending from the same output. I created these using the Electrum wallet, telling Electrum to spend a little bit of the BTC from the same 1AD9xV6aeQMPMzfv5Nzk8yNDgtyV3LaUkB address each time 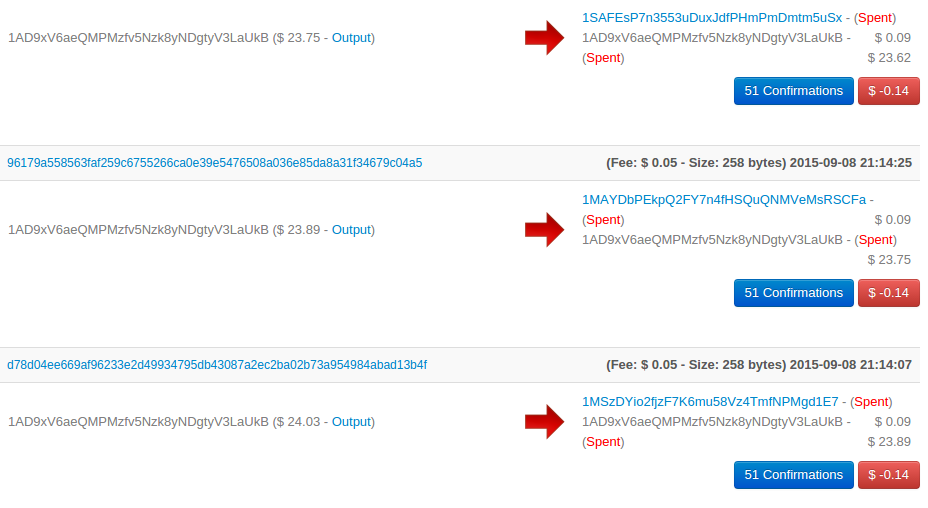 When I try doing a similar thing myself with Python and the Pycoin library, the second transaction gets flagged as a "double spend" when I submit it to blockchain.info/pushtx. The response I get is:

Like in the first example, the total spent by all the transactions never exceeds the total available at that address, so I'm curious why this is considered a "double spend".

How should you structure a series of transactions spending from the same address so that a double spend is not triggered?

Adding my own answer after doing some research: An address and an output are different things. A transaction may have many inputs and many outputs. Here is a good visualization from bitcoin.org: 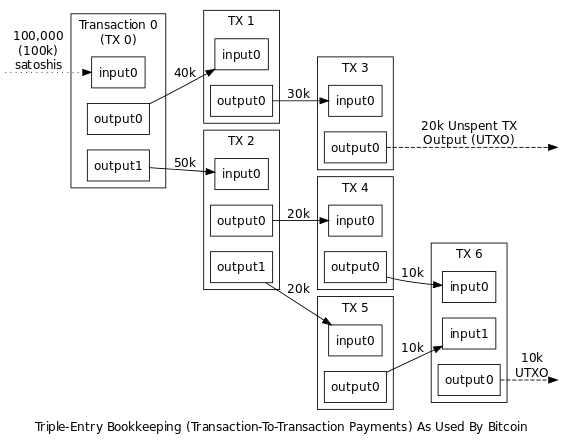 A double spend occurs when the same BTC is used to pay two different people. This will never happen on the blockchain because the Bitcoin network guarantees a consistent ledger. But, what about the unconfirmed transactions that live in the miners' mempools?

Some inconsistencies in the mempool may not manifest until they are added or not-added to the blockchain, others we can flag as invalid right away e.g. amount exceeds available funds etc; If unconfirmed transactions were not checked for validity, an attacker could flood the mempool with bogus transactions and cripple the network.

You can see this yourself with the Electrum wallet using the "Send From" option. Normally, Electrum picks valid inputs for you, but you can override this. Create a transaction specifying the from and to addresses. Then, create another transaction with same from and to (but the amount can differ). If the first transaction is still pending, you'll get the following error:

Not the answer you're looking for? Browse other questions tagged transactions blockchain.info electrum doublespend python or ask your own question.