What am I doing wrong with my BitcoinXT test net setup?

I installed bitcoind and bitcoin-cli, set the configuration file so that I am using test-net and requested funds from TP's TestNet Faucet. The funds never appeared in my account.

I thought at first that it was a matter of syncing the blockchain. I waited several days, and my block count remains at least 400 blocks behind the most current block displayed on this blockchain (testnet) viewer. The network traffic displayed in my system monitor makes it clear that no new blocks are being downloaded to bridge the 400 block gap that exists between my block height and the block height displayed on the public testnet blockchain; blocks are being downloaded once every 10 minutes allowing my system to at least keep pace with the network with a constant gap.

It took several more days for me to get to a block height that includes the faucet transaction described in the first paragraph, but even after my block height exceeded the needed block number in which the transaction occured, my account balances remained at zero.

I display a screen shot below that includes the confirmed transaction as viewed on the publicly visible blockchain (testnet), and the terminal window that shows the results of my "getinfo", "getaccountaddress", and "getblockcount" commands. There are 12 peers, which are a mixture of inbound and outbound connections, none-of-which were manually entered, all of which were automatically discovered through P2P discovery.

Thinking there was something wrong with the faucet, I installed the Mycelium Testnet Wallet on my phone and made a faucet withdrawal to that new account. That faucet transaction appeared in my phone immediately with 0 confirmations and has since been fully confirmed.

Given all the above, I am thinking that my "failed" testnet connection with 12 peers is somehow on a separate testnet that uses a different blockchain than the one that is used by the faucet. It is my understanding of BitcoinXT that it should be fully compatible with the Bitcoin testnet in the same way that BitcoinXT is designed to be fully compatible with the real Bitcoin network, unless in test-net that condition has been met which causes the networks to diverge and separate.

If this is the case, is there a separate BitcoinXT faucet that can be used?

Or, have I set up my system incorrectly, perhaps?

The graphic of the browser window below shows the successful and confirmed faucet transaction visible in block number 68146. It also shows that the block is in the testnet. The terminal window inside that graphic shows that my server is running on testnet and that my blockchain includes the block numbered 68146, which should have included the transaction depicted, but does not. As confirmation that the account is right, I display the account address in the terminal, and it is the same address that displays as the recipient of the testnet transaction appearing in the browser window. 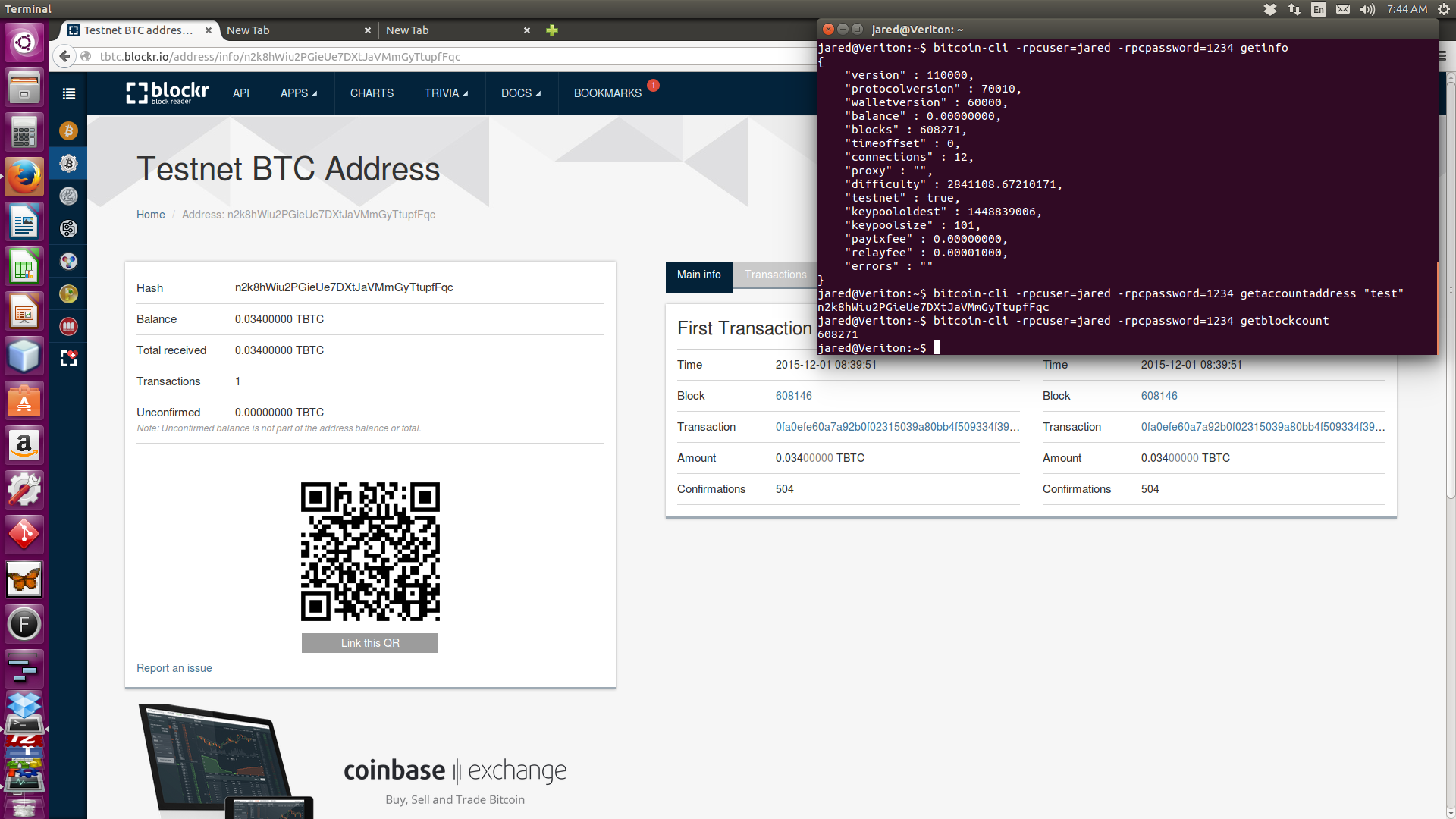 Solution This solution gains access to the coins that are unavailable via BitcoinXT.

I was not sure that the testnet work had separated, but the fact that the transaction I was looking for was not in the corresponding block number was a huge indication. After uninstalling BitcoinXT and installing Bitcoin, I now see the "missing" funds referenced above.

This also means that there is a need for a BitcoinXT faucet. At the time of this writing, I have not found a faucet for BitcoinXT compatible transactions.

The screen shot below shows that I now have access to the coins that were previously lost. 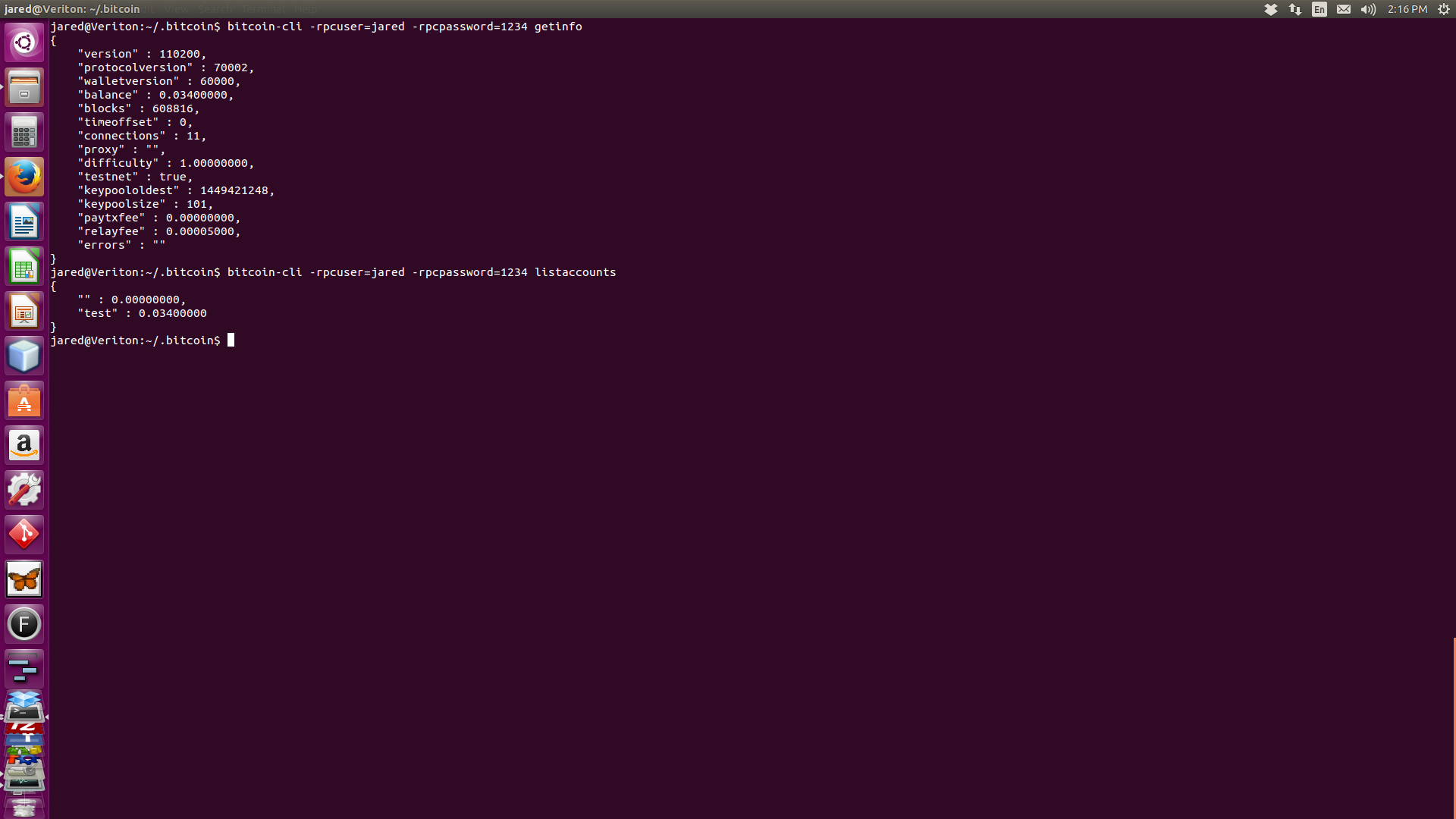 Not the answer you're looking for? Browse other questions tagged transactions bitcoind testnet bitcoin-xt or ask your own question.