Why does my Antminer S7 power down right after startup?

Before asking the question I'll better introduce what I am doing: 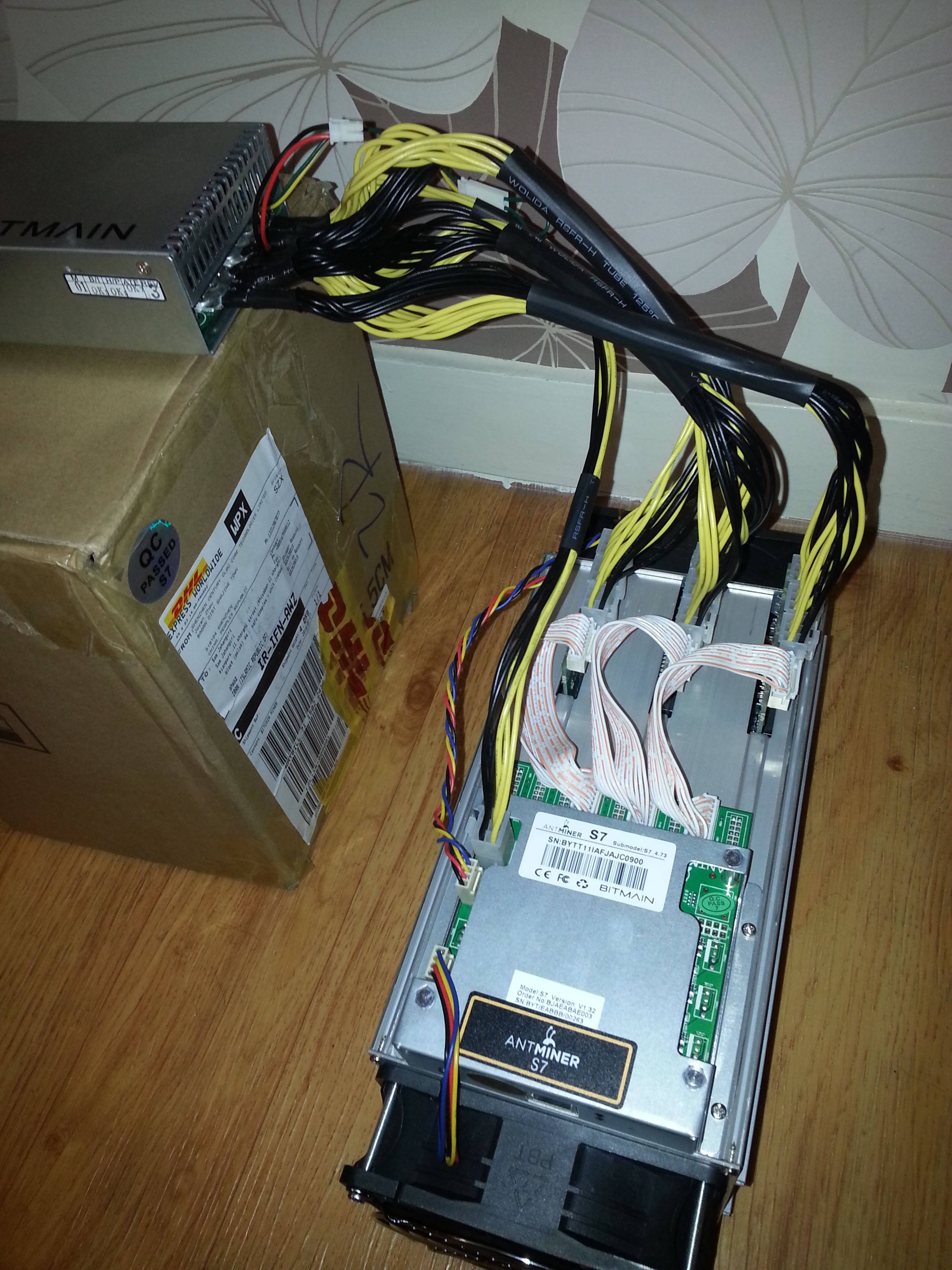 Then the Antminer powered up with variable fan speed. I connected the network cable and when I was going to my PC to configure the Antminer it just powered off. I am not sure which one powered off first, the PSU or the Antminer but they both had turned off.

I ran to unplug the Power Cord (It was very hot), so I thought that the power cord may have burned. To test that I connected it to my computer's psu and my computer didn't power up. So I think that it was burned, but 30min later my father tested it again and this time my computer powered up.

I'm guessing that the PSU kicked off from the overload circuit protection. I don't have this miner nor do I use 250V setup. However from observation your equipment setup appears correct. Could you try just the psu by itself? Leave it on for maybe 5 minutes - nothing should happen and the cord should remain cool. Was the cord itself really hot or was the adaptor on the wall hot too? The miner should be okay (if it's not defective) I don't recall having antminer equipment that shut off, but if your wiring is really hot then consider buying lower gage wire (thicker) - though at this point I would also consider putting the surge protector between the pc and see if that seems to continue to work (though if all those things seem to pass then consider trying it one last time) It could be built in overload protection on the PSU kicking in as well, if it overloads and turns off on the 2nd round then you should try to get bitmain involved as you never even got the chance to use the device - maybe the surge protection is also a factor here though so perhaps try it without that...I mean that seems unlikely, but try to rule out pieces if you can while testing (unless its dangerous to do so)