What is a hash pre-image as it is used for the breach remedy?

Until this afternoon I thought the anti-cheat transactions or breach remedies built on the exit-transaction of the counterparty.

Apparently, they build on something called a "hash pre-image". What is it the pre-image from? How and why can it be used to create a transaction once the counterparty tries to breach the payment channel?

In the image below from Rusty Russell's Deployable Lightning paper, you can see a visualization of the commitment transactions and their outputs: 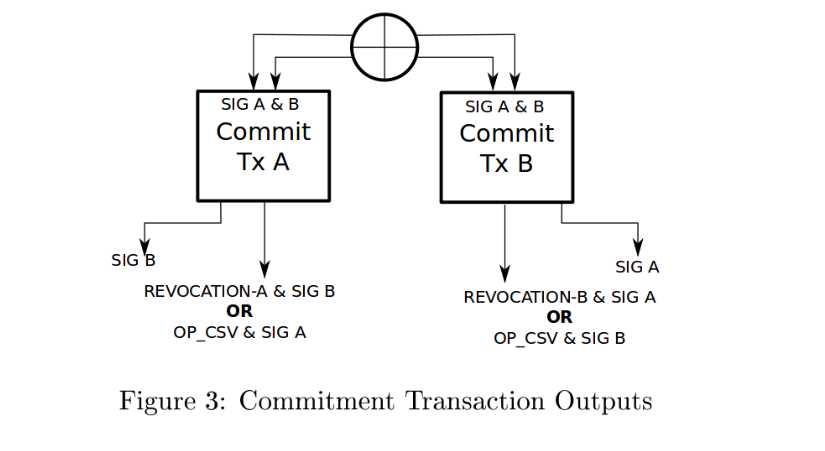 Both transactions pay two outputs. The transaction Alice has (on the left in the diagram, Commit TxA) pays the following two scripts:

In the transaction that Bob has (on the right, TxB) these are reversed, there's:

In these outputs, Alice selects the pre-image that prevents Bob from spending her output (Revocation-A) and Bob selects the pre-image that prevents Alice from spending his output (Revocation-B). They could use a random number of large size, although they'll probably both use hashes from a hashchain generated using Rusty Russell's 64-dimensional shachain to allow compact storage of any revealed hashes, seeding the chain with some initial random value.

Not the answer you're looking for? Browse other questions tagged lightning-network hash-time-locked-contract ln-penalty-transaction or ask your own question.