Why are some transactions found on some chain explorers but not on others?

All servers have many connections so I wonder what could be the issue? Slow network?

Each node on the network has its own mempool. While they are filled with similar transactions, each may have a different size limit or perhaps even custom rules which transactions to retain.

In this particular case you can see (figure 1) that there is a (U) shown in both inputs of the transaction. The (U) means that the inputs are created by a transaction that is still unconfirmed. 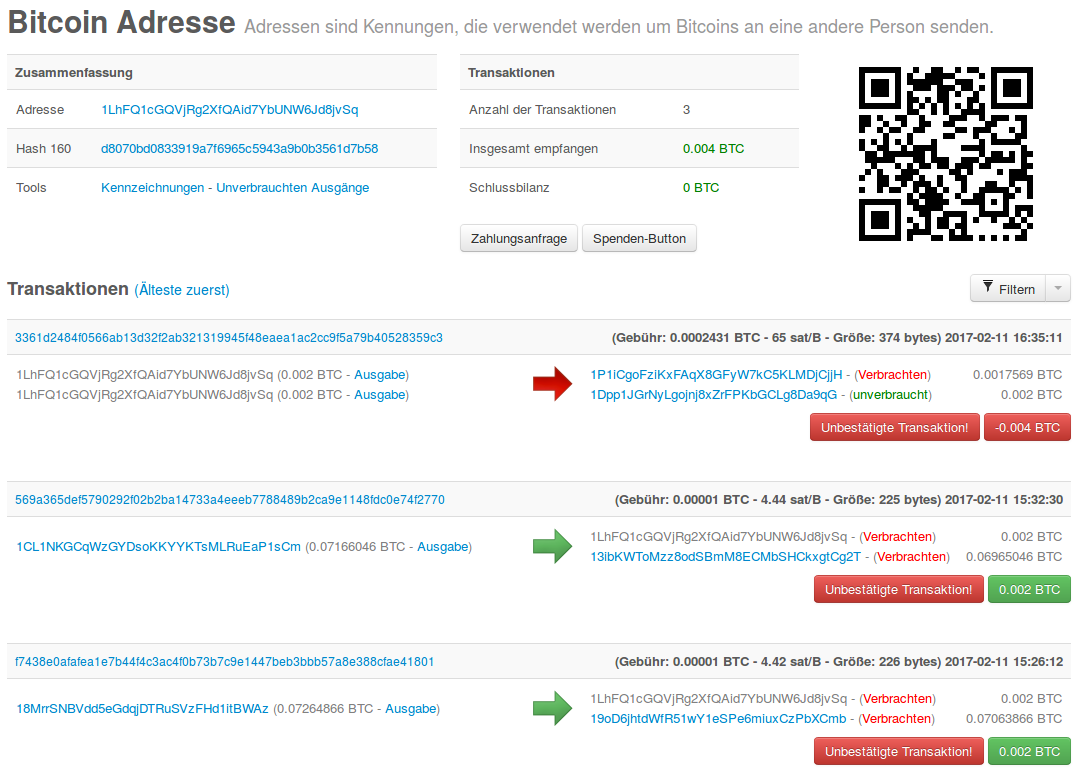 I would surmise that the first two transactions that created the inputs might have not been relayed to or were not kept in the mempool of the other blockexplorers. Then, the transaction that you linked would seem invalid to those blockexplorers, because the referenced inputs are not known to it.

You may find this related question interesting: "How do transactions leave the memory pool?"

Not the answer you're looking for? Browse other questions tagged unconfirmed-transactions relay blockexplorer or ask your own question.

27
How do transactions leave the memory pool?