I had this question in an exam but I was not very sure how to solve it:

Suppose Bob the merchant wants to have a policy that orders will ship within x minutes after receipt of payment. What value of x should Bob choose so that with 99% confidence 6 blocks will be found within x minutes

Do you have in idea about the formula that we have to use to find the answer? 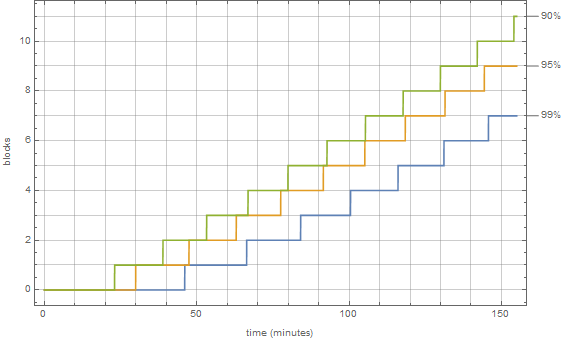 TL;DR: Same result as stat_facts, but another way of explaining it. ;)

Discovery of blocks is a Poisson process.

The probability that x blocks are found in the time that we expected λ blocks to be found is:

Now, you have specified that you want to have six blocks found with a confidence of 99%.

Plugging the x values into the above formula we get: 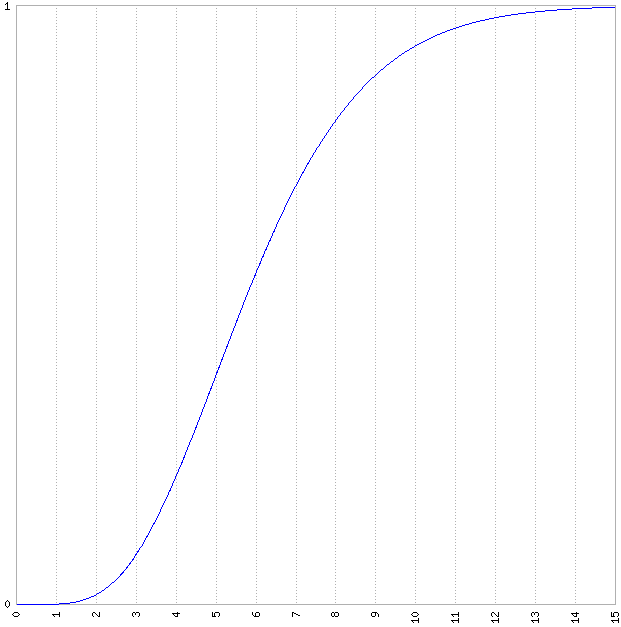 Not the answer you're looking for? Browse other questions tagged confirmations or ask your own question.

12
How can we be sure that a new block will be found?