A "Bitcoin for dummies" guide?

I would like to introduce a number of people that are not necessarily tech-savvy to Bitcoin and instruct them how to make their first payments. Is there some "Bitcoin for dummies" guide that I could be referencing that would be understandable to anyone capable of using a computer and the internet payments?

I have created a page on the Wiki called "First time buyers guide". It is only a rough version at the time of writing, but hopefully it will be revised into a go-to guide for anyone wanting to make a payment with Bitcoin with as little unnecessary information as possible.

I run http://howdoyoubuybitcoins.com/ to help people BUY bitcoins. I know it's not quite what you asked, but before you can make your first payment, you have to get bitcoins. Please help us improve the guide!

PS: Thank you for pointing out the error with QuickBitcoins! If you look in our top nav, we cover quite a few locations, companies, and methods of payment.

I'm cautiously replying to this.

I did write a book in this space, called Bitcoin Step by Step. You can pick it up on Kindle. http://www.amazon.com/Bitcoin-Step-by-ebook/dp/B00A1CUQQU/

I am trying to very carefully choose where I mention this. I don't want to break the rules of the site, but I do think this is relevant to this question.

I highly recommend Bitcoin for the Befuddled by Chris Wilmer and Conrad Barski.

This book assumes you have no technical knowledge.

Unless you've been living under a rock for the last couple of years, you've probably heard of Bitcoin—the game-changing digital currency used by millions worldwide.

But Bitcoin isn't just another way to buy stuff. It's an anonymous, revolutionary, cryptographically secure currency that functions without the oversight of a central authority or government. If you want to get into the Bitcoin game but find yourself a little confused, Bitcoin for the Befuddled may be just what you're looking for. Learn what Bitcoin is; how it works; and how to acquire, store, and spend bitcoins safely and securely.

With its non-technical language and patient, step-by-step approach to this fascinating currency, Bitcoin for the Befuddled is your ticket to getting started with Bitcoin. Get out from under the rock and get in the Bitcoin game. Just make sure not to lose your shirt. 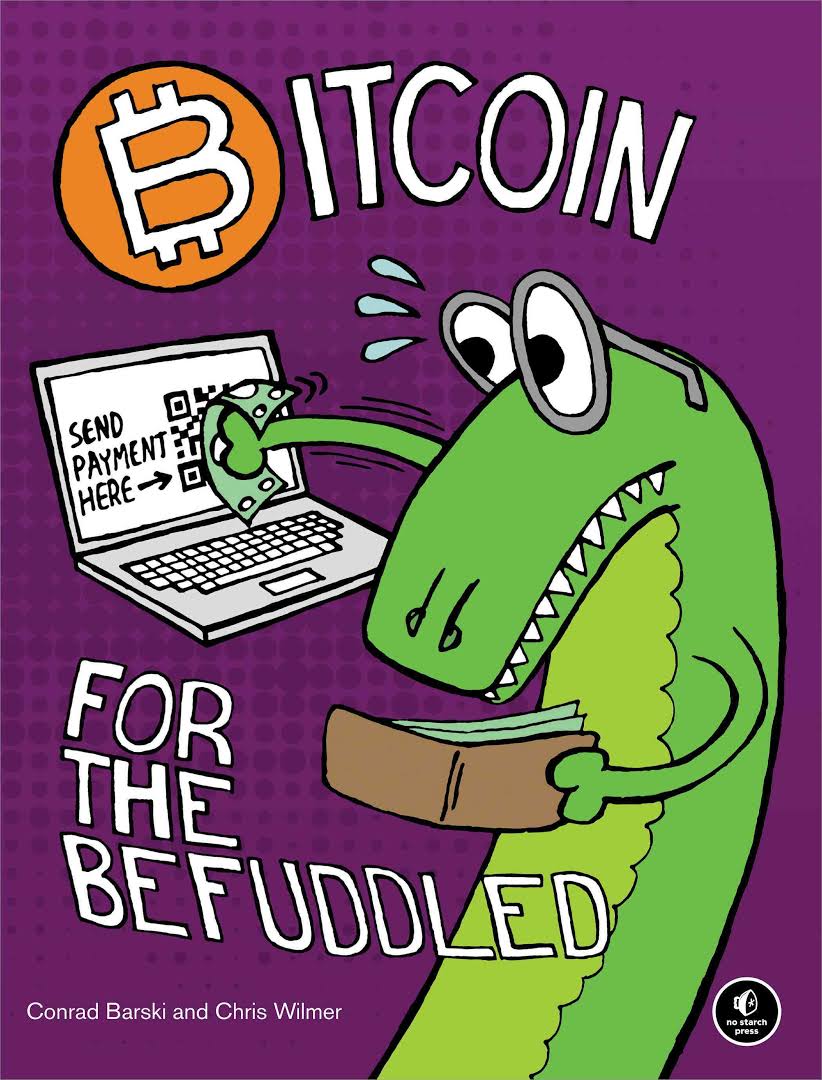 Depends on how much you already know and how tech-savy your crowd is. These two can be added to the list.

Not the answer you're looking for? Browse other questions tagged adoption introducing-bitcoin bitcoin-literature or ask your own question.

28
What are some good resources for understanding Bitcoin?
21
What is Bitcoin?
12
Any books about Bitcoin?
11
Where can I find resources for programmers to understand Bitcoin?
1
How to suggest to our church that they should accept Bitcoin payments?
2
Who is the target audience?