Anyone else having this 'disappearing' BitcoinCash issue with BitcoinABC wallet?

Today I was in claim BitcoinCash mode, which I completed successfully with my Ledger Nano S and also with my Trezor. Then it was time to for the Bitcoins I held only in my Electrum wallet. I retrieved the private keys and set out to import one into a new BitcoinCash wallet. All bitcoins were first moved off Electrum to a different wallet on a different computer. I then installed the BitcoinABC.org wallet. When that was done I encrypted it immediately. I then used importprivkey to import a private Bitcoin key that had previously held .1 bitcoin.

The blockchain scan started. I let it run and went to lunch. When I got back, the .1 bitcoin cash had been received, but there was also a send transaction 39 minutes later to a BCC address (36uzTBVeWN2pvUu3YX22gCutovGwQg1eeS) I don't know. I didn't make the send transaction and there are no other people that could have and no computer issues, malware or otherwise on my end. Also, I had a list of other private keys open on the same computer and only issue is with the one key I imported to BitcoinABC wallet.

Has anyone else had this issue with BitcoinABC wallet?

Is there a BitcoinABC wallet rep on this site that can address this issue? 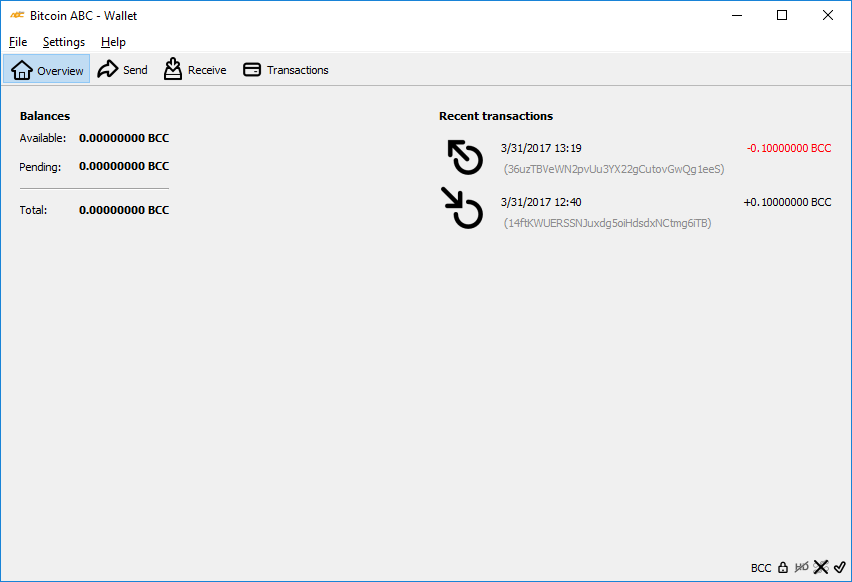 That send is from before the fork on 3/31/2017. That means that you sent Bitcoin on 3/31/2017 to 36uzTBVeWN2pvUu3YX22gCutovGwQg1eeS, and because Bitcoin Cash shares the same history as Bitcoin, you will see this send in your wallet.

Not the answer you're looking for? Browse other questions tagged bitcoin-core bitcoin-cash ecash or ask your own question.

49
Import wallet.dat into a new Bitcoin-Qt client
3
Migrating from Electrum => Bitcoin core
2
Are my retrieved BCCs stolen from my Electron Cash wallet?
1
What went wrong transferring my BCC out of Bitcoin Wallet?
0
Can't restore Multibit HD 0.4.1 wallet into Electrum, Electron-Cash wallet for BCC
0
Sending my Bitcoin cash using my private key
1
Question about extracting BCC from a paper wallet
1
which private key to export from electrum?