What is the timeline for Lightning Network's availability?

It was using a multihop payment via all three major implementations (lnd, eclaire, c-lightning).

The Lightning Integration tests are now at 75/75 working: 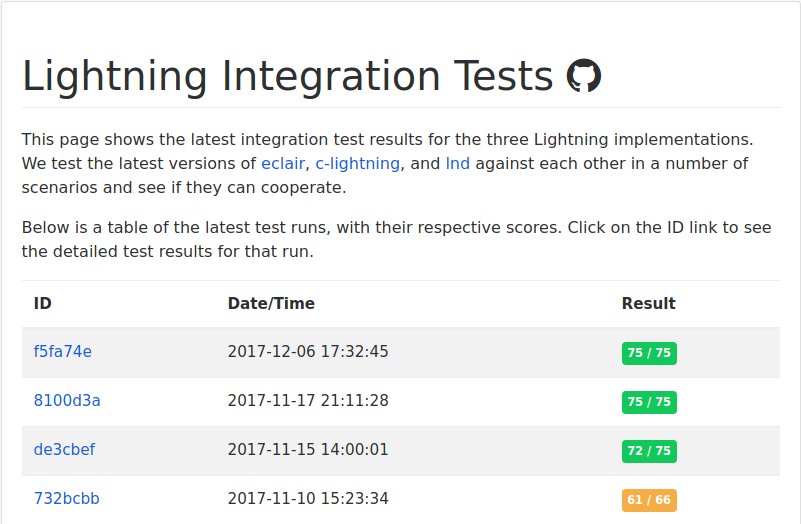 The three teams are now working on a beta release each. I'd expect this to be released in the next months.