How do transactions in the blockchain work

I'm trying to go through the whitepaper to get a better understanding of bitcoin but I don't understand the block and subsequent blockchain model to create a transaction. The problems that bitcoin seems like it is trying to address is verifying if person A actually has the money to send to person B, and ensuring person B can't alter the amount person A sends. 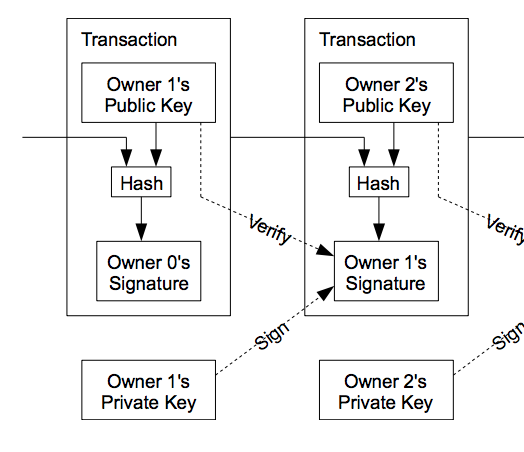 I get that if A is trying to send money to B, A should sign the transaction with his private key as B wants to ensure A is who is sending the money. What I don't understand is the need for the hashing of B's public key and the previous transaction, and what exactly is being verified/signed.

I read a bit about the problem of "double-spending" but I don't think I understand it entirely because I don't see how the above solves it. Double-spending as I understand it is A giving money to one person, then making the transaction seem like it didn't happen or is invalid in order to spend the same money to someone else.

What is the purpose of hashing the recipients public key and the previous transaction, and what is being verified in the picture above

and the previous transaction,

Including the hashing of the previous transactions lets a transaction refer to the transactions it is spending from so that you can verify whether the money is legitimate.

and what exactly is being verified/signed.

Not the answer you're looking for? Browse other questions tagged transactions blockchain or ask your own question.

4
Why does Bitcoin uses a Script language?

5
Does 'simplified payment verification' work?
19
How do nodes verify Bitcoin Transactions?
3
How transactions get added to a ledger?
0
Difference (if any) between proof-of-work in mining bitcoin vs verifying transaction
10
How does the ECDSA verification algorithm work during transaction?
0
How to recover from a double spending attack?
0
Bitcon transaction verify
3
How are transactions verified with only the Bitcoin address, not the public key?
2
How are funds verified?