How does LN solve the liquidity problem?

How do nodes in LN manage to provide 100% collateral to all the outgoing channels? I attached an example below that details my confusion about the lack of liquidity. 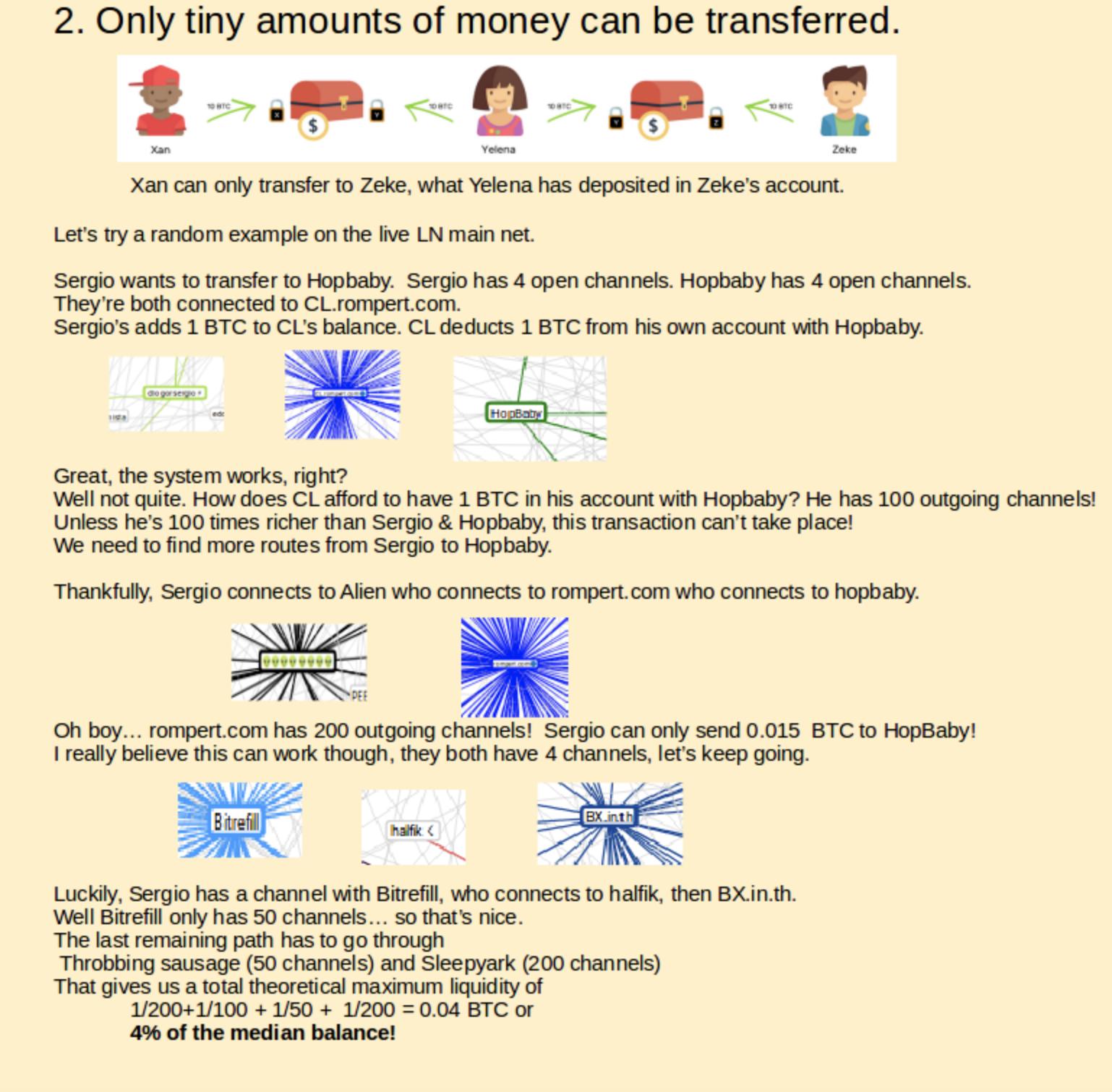 Whoever made that example doesn't seem to understand how the lightning network works. I think the creator of this scenario is confusing how the lightning network functions with how traditional deferred net settlement functions. With the LN, you don't hold accounts with the people you have open channels with. Instead, you have money tied up in the channel with the other participant.

The lightning network works by chaining together unbroadcast transactions that spend the outputs of a funding transaction on the Bitcoin blockchain. These transactions are shared between the two parties in a channel, and form a smart contract that allocates how the funds of the original funding transaction are split. Neither party can violate the smart contract without the other party being able to back out of the contract, or take advantage of the violating party.

In this way, collateral never really enters into it. All the funds promised to a party in a channel are provably real. Yes, you have to tie up funds in every channel you have open, but that's the price you pay for having the channel, and which allows you to collect fees for routing transactions between your different channels. The more money you tie up in a channel, the larger the transaction you can handle. It's the common tradeoff in finance where you trade liquidity in order to obtain a better investment.

Not the answer you're looking for? Browse other questions tagged lightning-network scalability trust lightning-routing off-chain or ask your own question.