Why is it impossible to modify a transaction in the blockchain?

Many pages (including Wikipedia) say that it is impossible to modify a transaction which is already in the blockchain included.

But why is it so difficult?

Furthermore, the block header includes the hash of the previous block. So if you want to change a transaction, you will need to also remine all of the blocks following the block which contains the transaction you modified. Lastly, your set of modified blocks are actually a blockchain fork. In order to get it to be accepted by the rest of the network, your fork will need to have more cumulative work than the current blockchain, which effectively means that your fork needs to be longer than the current blockchain. 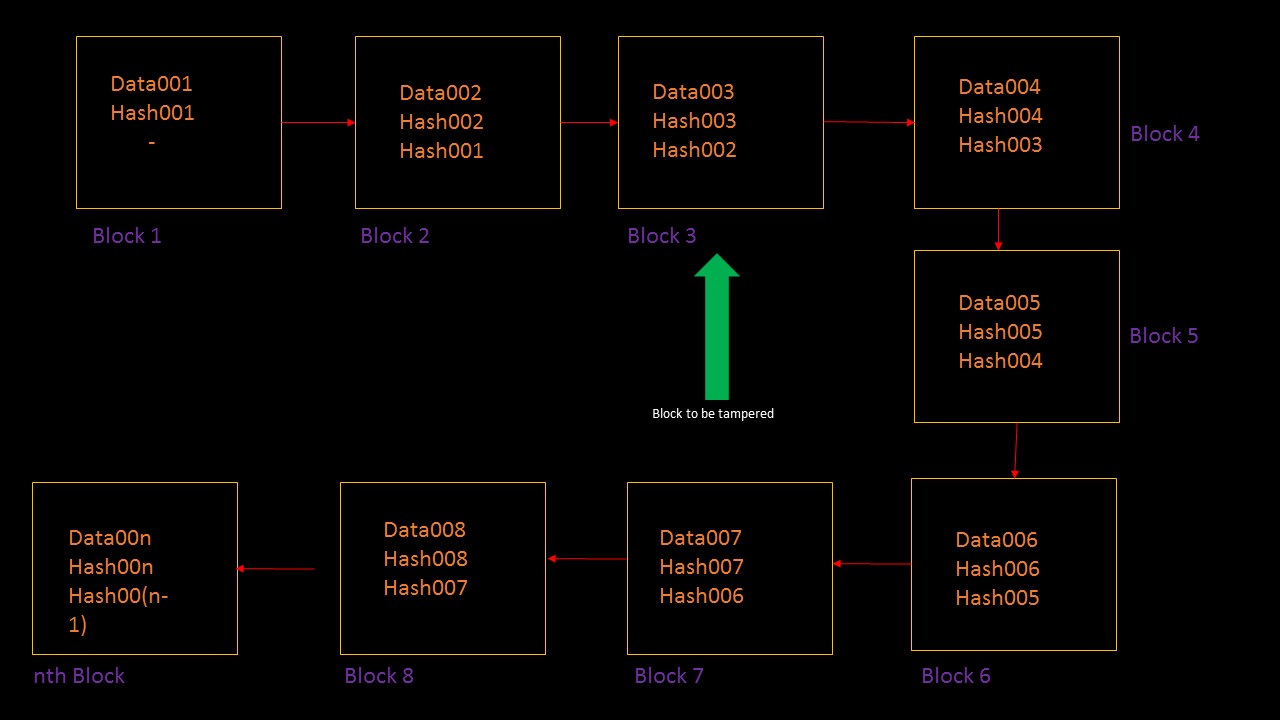 For answering your question, I would like to refer to this rough Blockchain Data Structure Image. So, what are the contents of each block in the blockchain?

Each block consists of:-

Suppose, now you want to tamper or modify data/transactions of Block3. Once you change the data even by a single bit, the hash of that corresponding block will change too but here's the catch. As you see that, Block4 will be having the old hash of Block3 so it will create a conflict. In this way, the next corresponding block(s) will face complexities and the network will kick that malicious node.

Therefore, it is impossible to modify a transaction which is already in the blockchain included as it's an append-only database.

Hope I had answered your question :)

Briefly, hash functions take a data structure (of any length) and give it a "fingerprint" in a default size. Minor changes to the input info change the fingerprint wildly.

The only way is to go all the way back and solve the PoW again for all blocks that had hashes affected.

In order to change a transactions confirmed 2 blocks ago (let´s call it block t-2), you would need to reassemble that block (t-2), solve the proof of work for it, then reassemble the subsequent block (t-1), solve it's proof of work and only then you would be able to start working on block t. While you were spending energy/work on your new version of block t-2, other miners were already working hard on block t.

This race to revert something becomes exponentially more difficult the further back you go in the blockchain. In order to even start such an attack the attacker will need, at least 51% of the hashing power and probably way more the deeper "changing the record" goes.

Not the answer you're looking for?Browse other questions tagged hash cryptography or ask your own question.

1
Why does the hash come before the signature?
2
Why check for multiple nonces despite finding a golden nonce?
0
Why is only the block header SHA256-hashed and not the whole block?
0
Why Bitcoin Mining requires “Hash Guessing” problems, even though Consensus algorithm exists to tackle BFTP?
3
Verifying that a transaction is in the blockchain
1
Why the nonce is difficult to find in Bitcoin?
2
Is the hash of the coinbase transaction needed for the merkle root?
2
Are there valid transactions which are impossible to mine?
0
Is there any blockchain explorer available to track the trades of cryptocurrency exchange?
1
How do more leading zeroes make it more difficult to find a block?