My system is syncing headers, what does that mean?

My system got shut down while I was syncronising. Please help me, it's showing "Unknown. Syncing Headers" and estimated time is unknown. What is happening here? 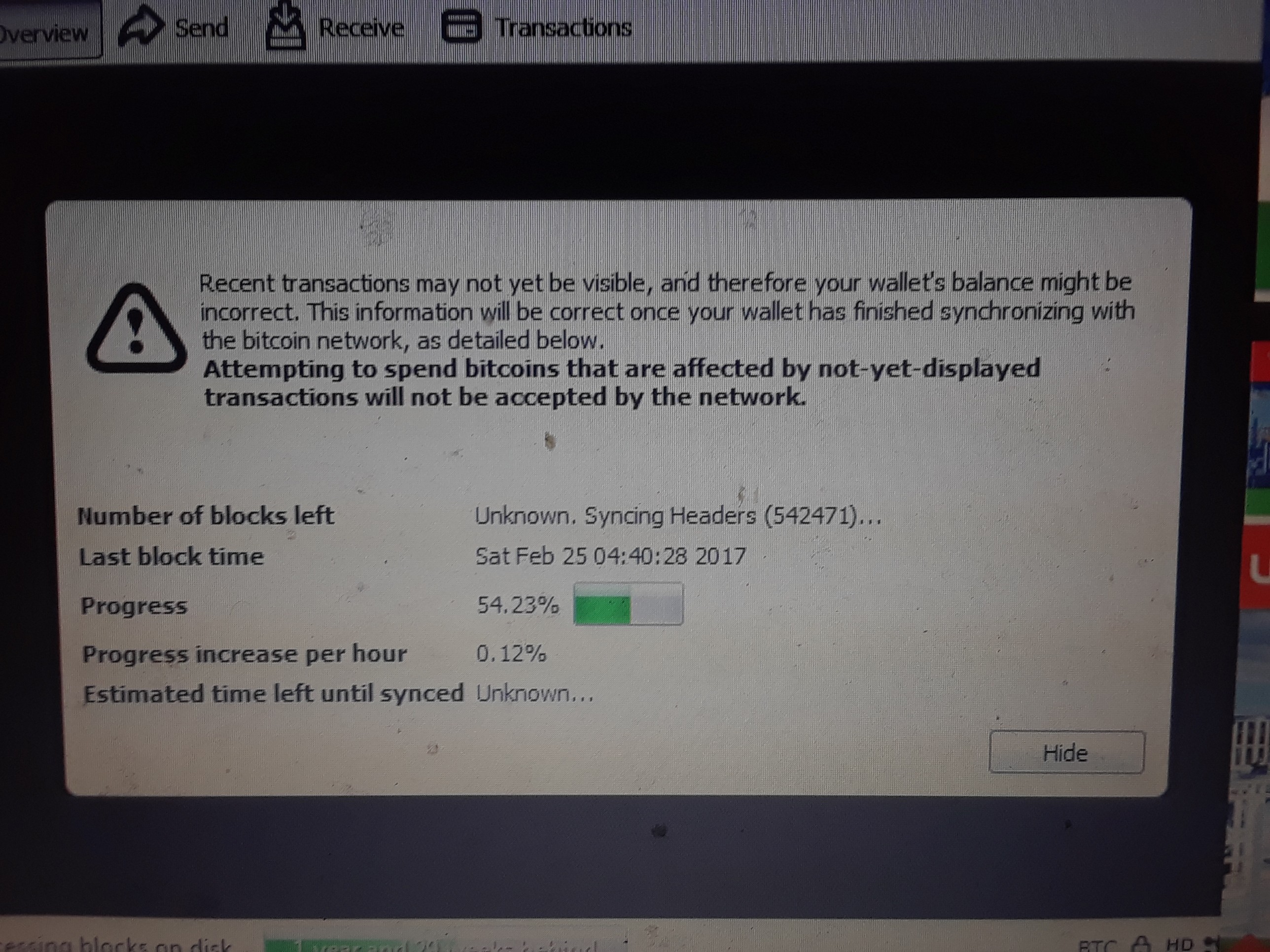 Bitcoin's state gets synchronized by everyone downloading the blockchain and applying all transactions in the correct order. Earlier versions of Bitcoin would just download block for block until they were caught up. Nowadays, Bitcoin first synchronizes only the block headers which are 80 bytes each and allow the node to pre-filter orphaned blocks and dead sidechains, before downloading all the corresponding blockchain data.

When your computer got shut down, likely some of your node's blockchain state got mixed up, so it's rebuilding the chainstate database, first headers, then blocks.

Not the answer you're looking for? Browse other questions tagged synchronization or ask your own question.

2
Need help! Initial sync not progressing, BTC sent already, + warning message
5
What does UpdateTip mean?
5
How come importing the bootstrap.dat to Bitcoin Core takes so long?
4
Wallet not updating with balance and database error
1
I Restored My Phone Wallet and Now All My Coins Vanished
1
How to retrieve unspent outputs on mSigna
0
synchronizing after many years
0
Time needed for Bitcoin core synchronization