Lightning Network: asymmetry in the information tracked by each participant?

In following paper, written by Christian Decker et al., there is a paragraph that is not clear to me.

"The central idea of Lightning is to invalidate an old state by punishing the participant publishing it, and claiming all the funds in the channel. This however introduces an intrinsic asymmetry in the information tracked by each participant. The replaced states turn into toxic information as soon as they are replaced, and leaking that information may result in funds being stolen. The asymmetry also limits Lightning to two participants."

There are following points that are not clear to me:

(1) Does asymmetry mean the information tracked by each participant (payer and recipient) are NOT the same (or are NOT equal)?

(2) What is the reason of this asymmetry?

(3) What does "turn into toxic information" mean? 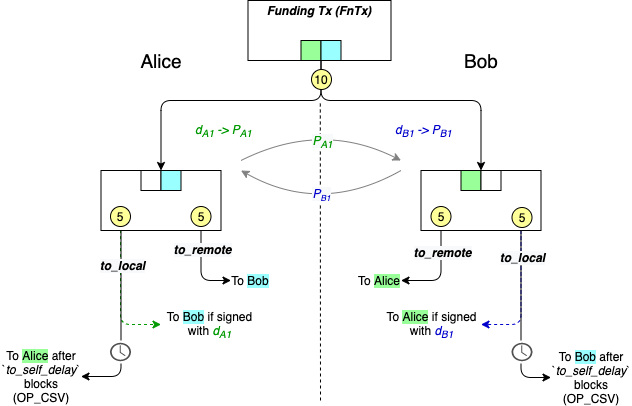 Updating a channel to make a payment in the punishment-based channel setup requires a procedure with multiple roundtrips in a specific order to ensure that there is no disadvantageous intermittent state for either party. If it were possible to map this onto a multiparty setup, it would be extremely complex.

In Eltoo, commitment transactions are shared across the participants. Broadcasting an outdated state is corrected by overwriting it with the latest state. Since the channel state is symmetric, it is trivial to have channels with more than two parties. This could take e.g. the form of four parties creating a four-of-four multisig output to anchor a channel. Each party would have a balance in the channel which they could use to send funds to another channel participant, or other network participants. With Schnorr signatures and key aggregation, such channels would be extremely efficient as they could still fit in the size of a singlesig output. Practically, the number of participants would still be limited as any channel update would have to be agreed upon by every participant, and any one participant wanting to close the channel would close it for all. Possibly, this could be used as a liquidity pool or for channel factories among large players that can guarantee continuous availability.

Not the answer you're looking for? Browse other questions tagged security lightning-network terminology ln-commitment-transaction eltoo or ask your own question.

50
What are Channel Factories and how do they work?