I understand that the Bitcoin mining problem is to find a string s (hash of previous block + Merkle Tree Hash + nonce) such that sha256(s) has n leading zeros, where n determines the mining difficulty. 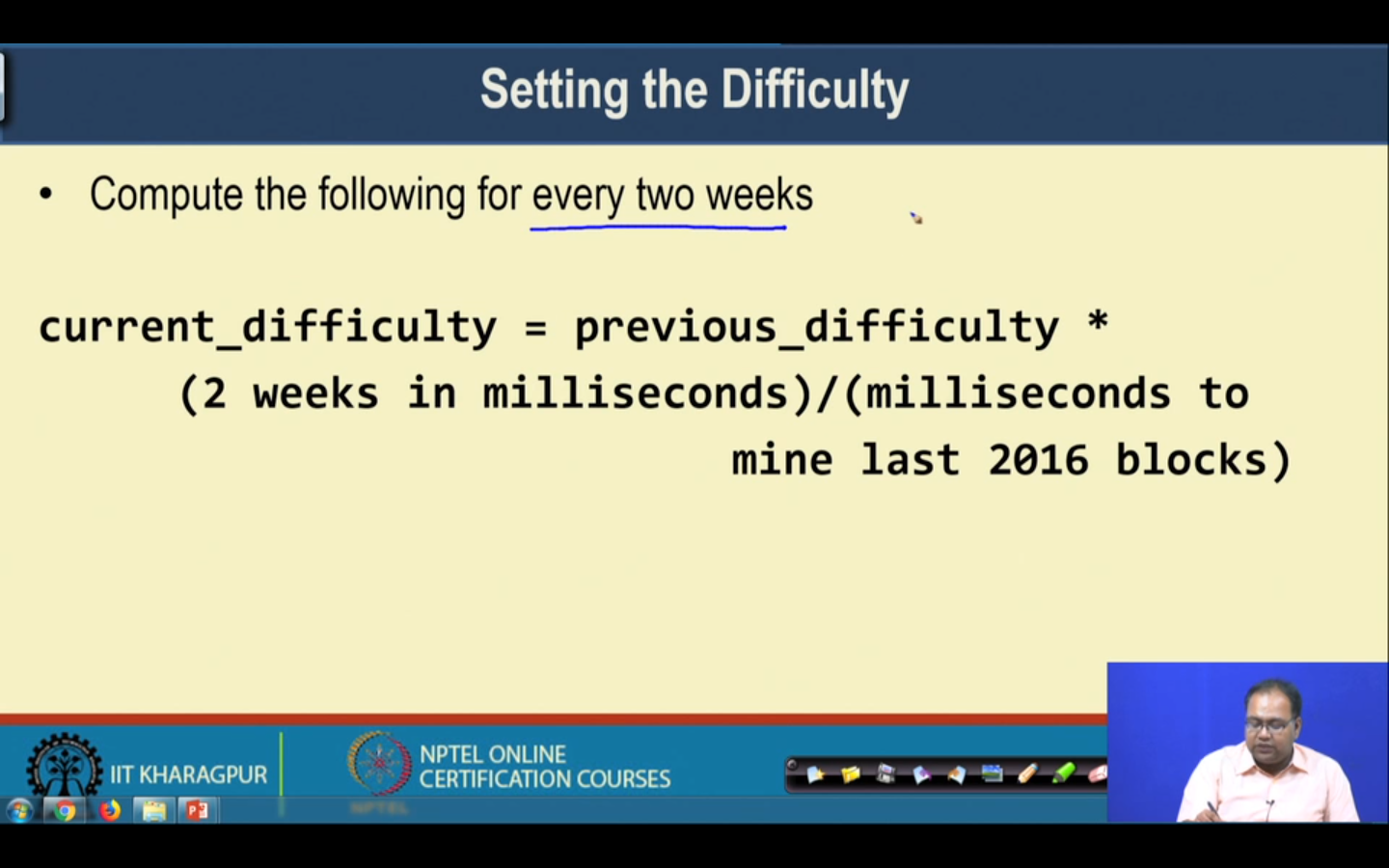 Question 2 Why is difficulty decreases at some point in time?

Bitcoin mining problem is to find a string s (hash of previous block + Merkle Tree Hash + nonce) such that sha256(s) has n leading zeros, where n determines the mining difficulty.

Refer here for more info as to how block header hash target is determined using target bits that are in the block header.

Why difficulty decreases at some point in time?

For your First question please check out Bitcoin Mining Difficulty

Now if the average mining time for last 2016 blocks is less than 10 mins, then;

Similarly if the average mining time for last 2016 blocks is greater than 10 mins, then;

Not the answer you're looking for? Browse other questions tagged bitcoin-core difficulty or ask your own question.

7
How is a block header hash compared to the target (bits)?
2
How does solving a block work in relation to the first letter/number after the 0's?

4
What is the hash-rate of the Bitcoin network that results in the maximum difficulty?
20
What does the mining difficulty number really mean?
2
Do the leading zeros in the desired hash pattern for mining change?
7
Why is it harder to compute nonce for a hash with a certain number zero prefixes than it is for any other hash?
2
nBit to leading zeros in Block Hash
0
End to end bitcoin transaction flow
2
Bitcoin difficulty - why leading 0s?