Are there still miners or mining pool which refuse to implement SegWit?

It was well known that initially while SegWit got more than 50% of hashrate after activation that a part of the mining pools refused to implement it.

But are there still blocks being mined by miners which refuse to implement SegWit more than 2 years later ?
For example, is this article or this article still true ?

No, in the past year, there were only 15 non-empty-non-segwit blocks mined which account for less than 0.03% of all blocks. 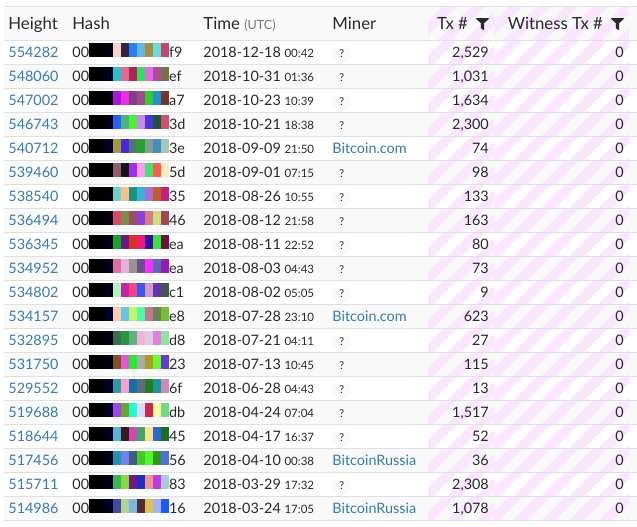 Given that we're currently at height 573,220, there were only 20 non-empty blocks that did not include segwit transactions among the last 59,953 blocks. Or put differently, over a period of time exceeding the past year, there were fewer than 0.034% non-empty-non-segwit blocks mined.

The two known miners that created such blocks without segwit transactions appear not to be doing that now: 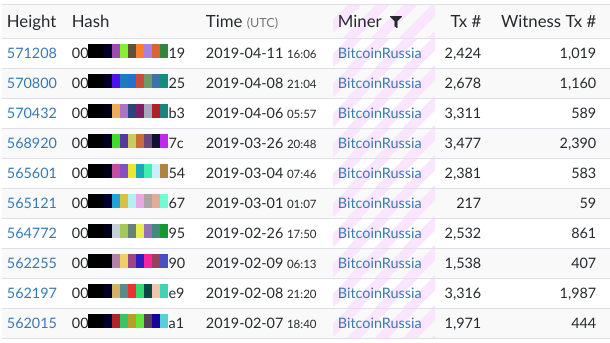 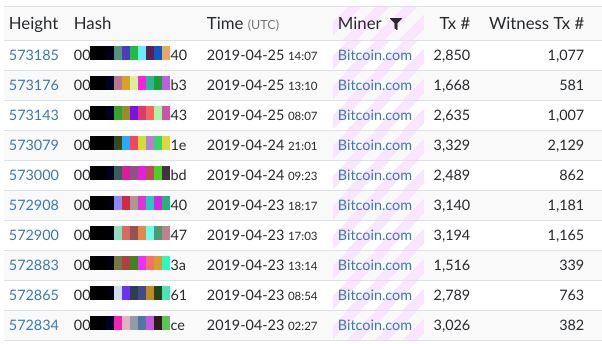 Not the answer you're looking for? Browse other questions tagged mining-pools segregated-witness hashpower or ask your own question.

34
Do mining pools centralize the Bitcoin network and make it less secure?
3
How was the 95% miner adoption threshold determined?
11
Why does Antpool mine so many empty blocks?
1
What bitcoin wallets supports SegWit?
4
Can someone explain how this person hacked bitcoin?
0
Is it more dangerous when 51% attack happens than just having a pool with >50% hashrate?
1
Transaction Malleability, How can I change signature?
0
regtest: ERROR: ProcessNewBlock: AcceptBlock FAILED: unexpected witness data found (code 16) on v0.14.3
1
Concept of Block weight and segwit are still unclear
1
Will we have blocks with hash 000...000 (all zeros) in the year ~2070 if hashrate will increase with the same rate?