Can you make altcoin vanity addresses out of those of Bitcoin?

I generated a Bitcoin vanity address having a string “TEST” in it.

Some altcoins seem to have similar address generation steps with Bitcoin, but not sure if there’re any cases where this idea works.

Are there any? If so, which coins, for example? If never, why is it? 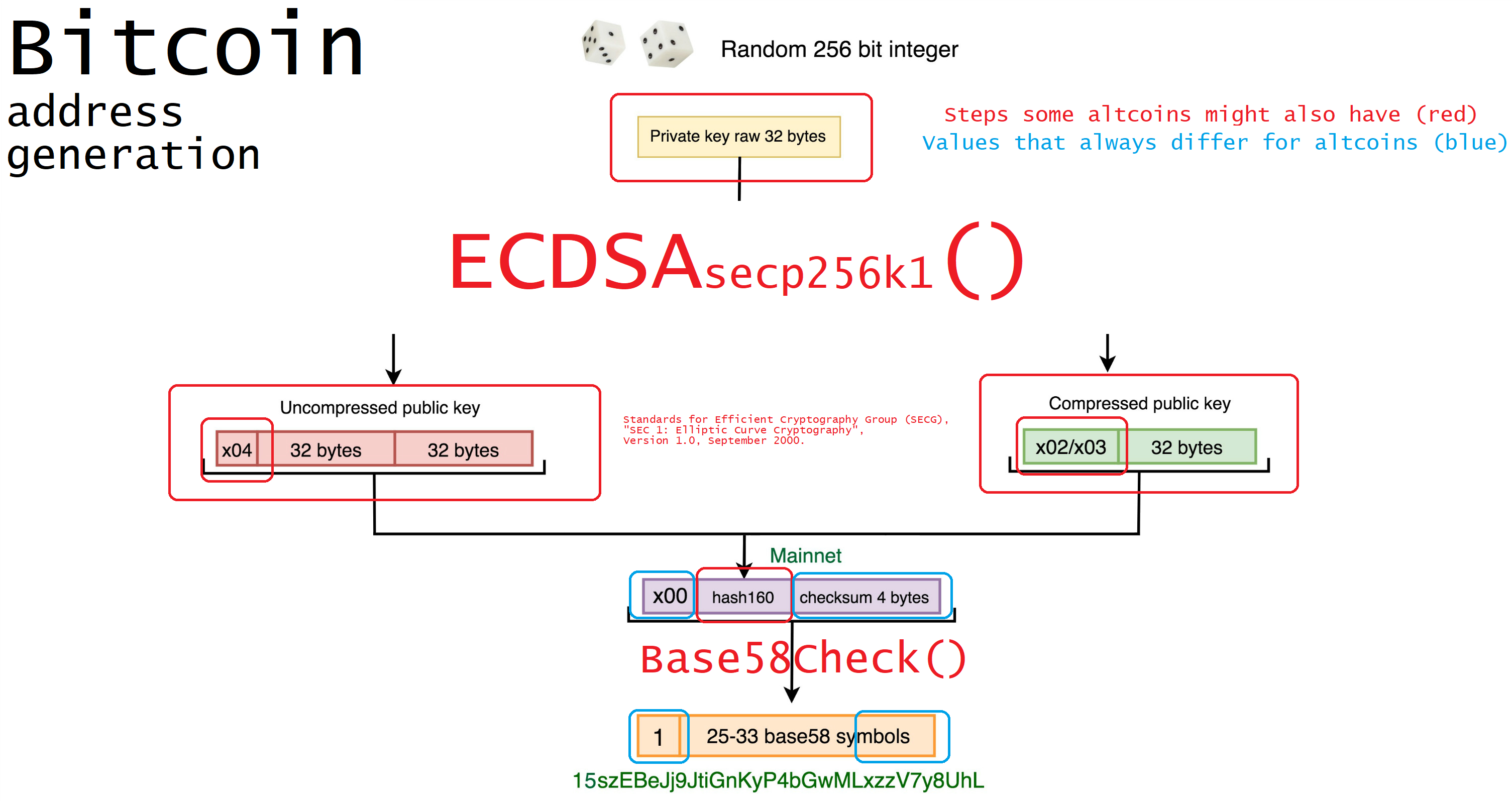 Addresses in bitcoin are derived by:

While this is a simplified explanation (more details can be found here), it is immediately obvious that attempting to change the version byte will result in a different value for the checksum, which will lead to a completely different base58 encoding. Therefore, if your altcoin does not use the exact same version bytes for the same address type, it will not be able to encode the same vanity phrase for a given key.

Moreover, coins which don't follow Bitcoin's address schemes will also encode differently - for example, Ethereum takes the keccak256 hash of the pubkey, and selects the last 20 bytes as the address - this is also going to lead to a total loss of the vanity phrase (especially since the alphabet is now just 0-9A-F, so TEST is never possible in anycase).

Not the answer you're looking for? Browse other questions tagged altcoin vanity-address or ask your own question.