Someone else created a wallet for me to use. Is this a scam?

Someone on social media is offering me to mine bitcoin and they take 10% of any profit I make. I started talking and long story short I was told to download blockchain wallet app.

They provided me the login credentials and I was told once I login to change my password etc. Does this sound like a scam or legit? I mean about them giving me a user id for a blockchain wallet app and I gotta buy bitcoins, transfer them to this wallet and they will mine bitcoins.

Variant:
The attacker requests that the user creates a new blockchain wallet and then shares the login credentials instead of creating the wallet for the user.

If it helps, think of the wallet as one of those keysafes with a user-changeable combination to unlock it. If someone has previously copied the keys inside, changing the combination that opens the keysafe doesn't keep you safe at all. 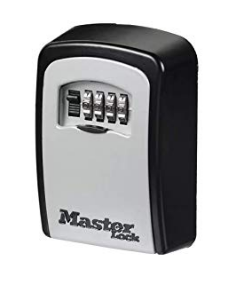 Not the answer you're looking for? Browse other questions tagged fraud blockchain-wallet-app canonical-question or ask your own question.

0
Funds disapprearance
0
I think I was scammed
1
Bitcoin Mining as a Newbie (link wallet to another person's miner)
-1
BTC Stolen from Blockchain
0
I've been asked to share wallet credentials to participate in mining. Is that a scam?
0
Mining in the wallet
1
Blockchain Wallet
0
Am i been scam or should i pay?
0
BTC Miner, trust? or scam?
24
How do I recover from a cryptocurrency scam?
See more linked questions

1
Is it safe to create a Bitcoin account for another party? Is this a scam?
0
I had someone offer to mine bitcoin for me, I am a beginner
0
Someon offered me btc mine trough his mining device
1
What can I do if someone obtained control of my blockchain wallet?