Output and bitcoin spent what does it mean? I need help 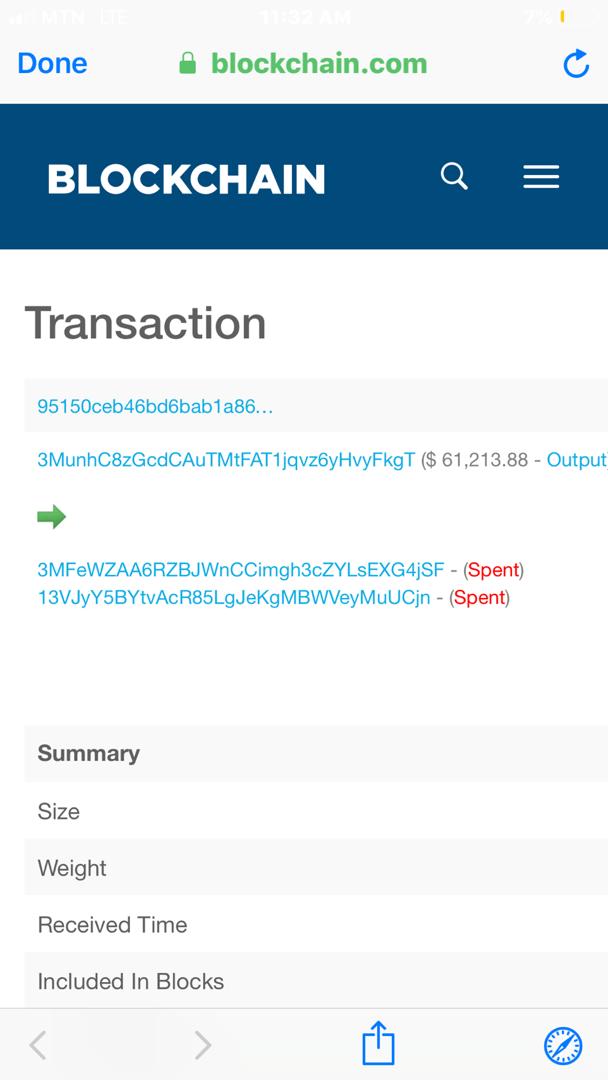 Hope you are doing well, I'm new to bitcoin. Please does this mean I received $61.213.88 in my account? Or the total output of all my transactions it shows 2 bitcoin addresses under, what does "spent" mean? And all the addresses are invalid when I look them up. THANKS

The amount of Bitcoin was roughly equivalent to $61,000 at some point in time.

Both the recipients subsequently spent the received amounts in further transactions.

It is possible that either or both recipients now control 0 Bitcoin.

It is possible that either or both recipients now control millions of Bitcoin.

Only the recipients can tell for sure. Their Bitcoin wallets will tell them.

A and B then immediately spent all their money on a superyacht and a pair of trainers and are now broke.

∆ Such things exist in the cryptocurrency world.

Not the answer you're looking for? Browse other questions tagged bitcoin-cash or ask your own question.

2
Why did my BCC disappear from my Electron Cash wallet?
1
Claiming Bitcoin Cash - where did I go wrong?
0
How to claim Bitcoin Cash from Block.io
5
What are the major technical differences between Bitcoin and Bitcoin Cash?
1
How to handle multiple transactions from the same account(address)?