How can someone lose funds in Lightning Network?

In Bitcoin once you own a private key associated with an address that has bitcoins on it, your funds are theoretically safe forever. But on the Lightning Network, I see that once you send bitcoin to an address there, your funds can somehow disappear. What is the difference with Bitcoin and who or what owns the Bitcoin once they are there?

There are a few reasons why a user can lose funds in the lightning network. But to understand why that happens let us look at some of the basic constructs of Lightning Network.

When two parties open a channel in Lightning Network what they essentially do is send some bitcoins to a 2-of-2 multi-sig that they both control (in current specs only one party can send it). This 2-of-2 multi-sig UTXO is then consumed as an input to create commitment transactions where the outputs pay out the bitcoins to the two parties based on who is owed what (just like a balance sheet). 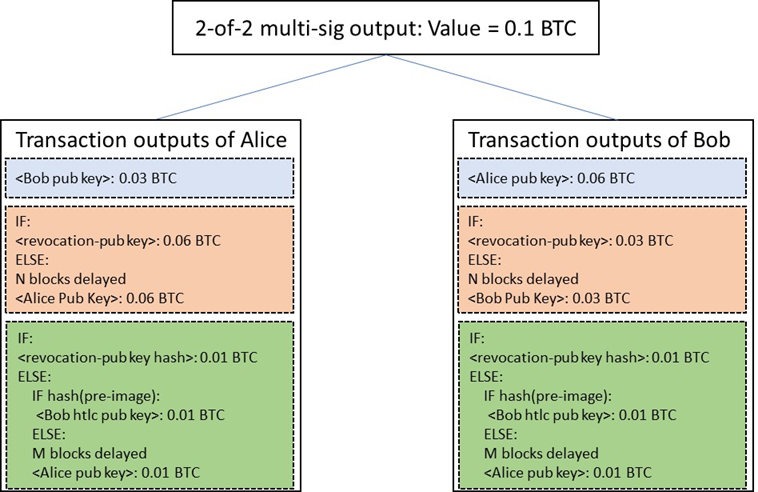 Revocation is a double edged sword. Both the parties must keep the revocation keys that were shared for the previous states and all of the commitment transactions. If one of them is lost, the other party can possibly cheat the other. This is especially scary when your machine crashes making you to lose your backups. Below are the two different ways in which a user can lose funds:

There are couple of ways in which lightning implementations try to solve this like option_data_loss_protect. This allows the node for knowing the current commitment state and see if it has fallen behind. However, this relies on the fact that the party that is most up-to-date is honest. The other party might take the advantage that the other node has fallen behind and might cheat it.

There is also a risk of losing funds by going offline. Suppose say Alice wanted to send 0.01 BTC to Charlie. Alice will sign a commitment transaction with Bob and Bob will sign one with Charlie as shown above. Just after adding a commitment transaction with Charlie, Bob faces a power outage that cuts his internet connection. Charlie releases the preimage to the HTLC and gets his funds immediately. Suppose say Bob couldn't come online for a day. After some blocks Alice will assume that the HTLC did not go through and get the funds back to her after the delay of M blocks. Thus Bob lost the amount of BTC that Alice wanted to send to Charlie. Imagine this happens if you have multiple HTLCs added and you cannot come back online.

Not the answer you're looking for? Browse other questions tagged transactions address security private-key lightning-network or ask your own question.