I was watching Tadje Dryja's talk at SF Bitcoin Devs conference on transaction malleability, which formed part of the basis behind the Lightning Network. 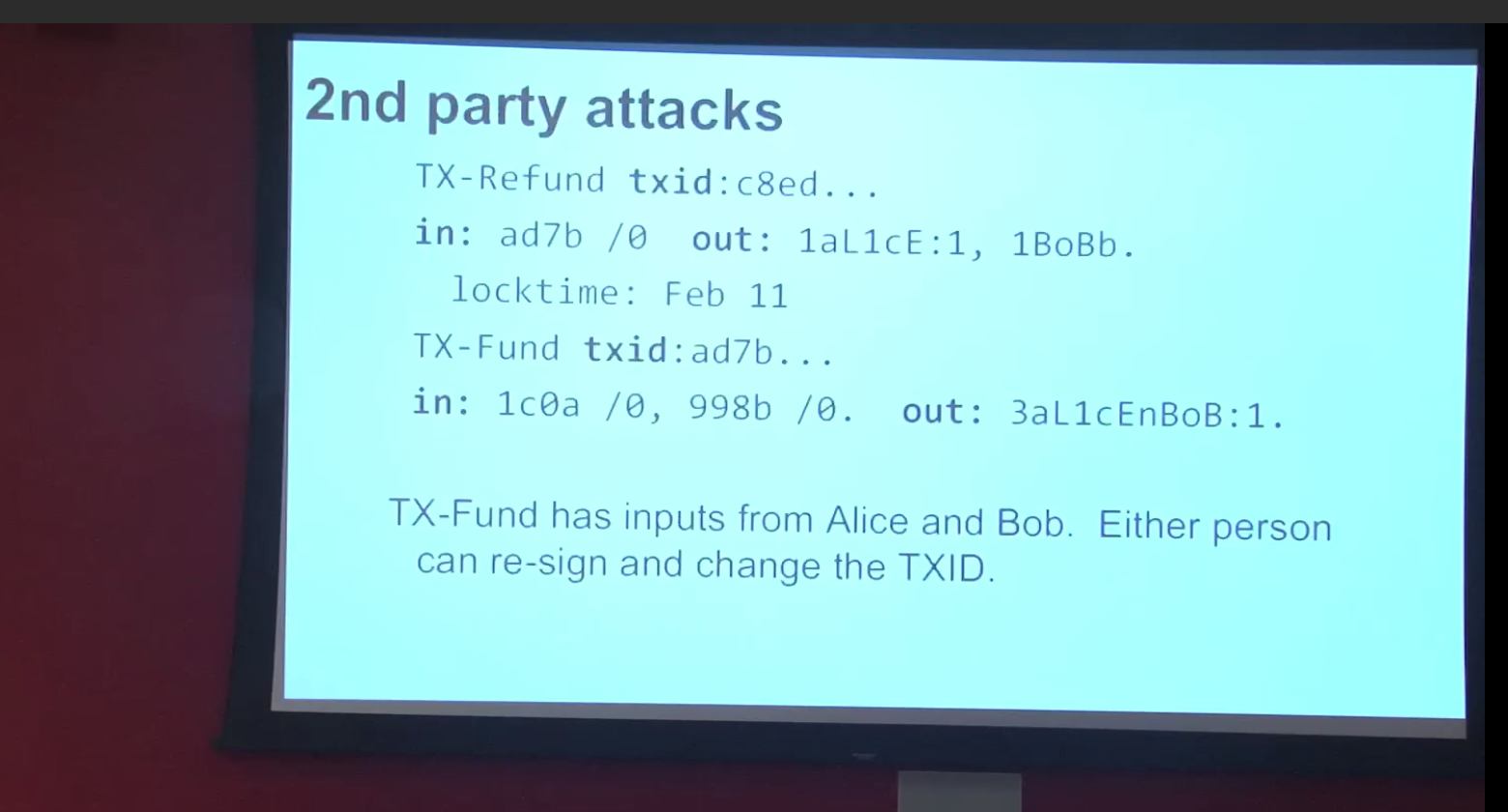 At 17'45", I saw this example. Prior to SegWit and even before considering malleability, how is it possible to even sign a refund txn without knowing the TX-fund signatures? The funding signatures from both parties are required to create the txid that is referenced in the TX-refund input. However, if this information is known, one of the parties can send the funding txn to the network before a refund txn is ever signed, thus forcing the other party's funds into the multi-sig contract. Am I missing something?

(I think SIGHASH_NOINPUT was introduced to get around this exact limitation.)

Lightning Network specs have gone a sea change since that paper was published way back in early 2016. I have tried to highlight below how the parties communicate the signing of the transactions as is today and proposals of the future when opening up a channel with each other.

Note: Currently, as is, Lightning Network implementation does not require the NOINPUT flag. But to implement the Eltoo payment construction there is a proposal to introduce SIGHASH_NOINPUT. In a nutshell, Eltoo allows us to get rid of the penalty transactions and reduce a lot of overhead on maintaining the channel states. If you are interested you can read the discussion of this proposal on the Lightning mailing list.

Not the answer you're looking for? Browse other questions tagged lightning-network multi-signature transaction-malleability or ask your own question.

2
How to calculate txid for segwit transactions?