What meanings do the "NodeId", "Version" and "Services" convey on Peers tab of Bitcoin-qt Debug window? 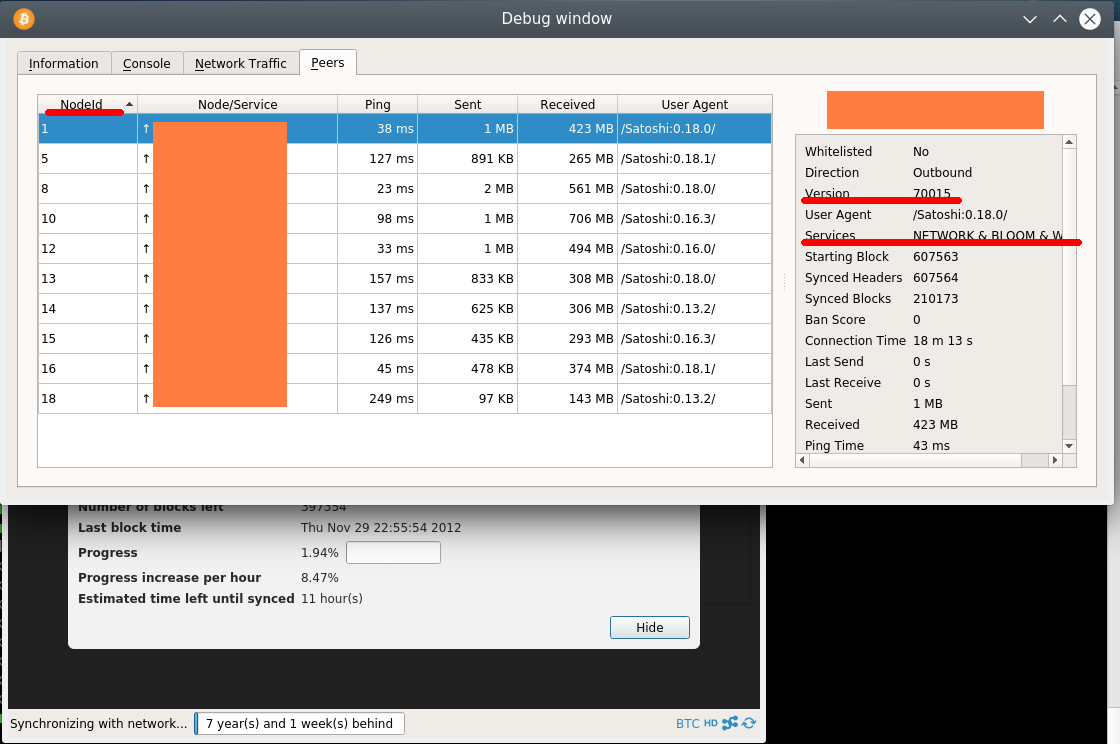 As shown in the picture,

It's just the number of the connection you made. It's not a global identifier of the node you're connected to. Every new connection you make (incoming or outgoing) is assigned a sequentially increasing number.

Version is the protocol version. User agent identifies the software implementing it.

The Bitcoin P2P protocol has a number of optional features that node can offer to their peers:

No, there is no such an ordered number. NodeId is a number assigned by Bitcoin Core to a node for use internally.

Version refers to the protocol version number. It is used to indicate some of the capabilities of the node, such as what messages it supports. For example, the version number 70014 is used to indicate that a node supports the BIP 152 compact blocks protocol and thus the relevant compact blocks messages can be sent to this node. If the number was 70013, those messages would be ignored.

Of course every version number means that everything from previous version numbers are also being supported, so things that are considered to be optional will not be included in it. You can read more about the protocol version number on bitcoin.org.

The User Agent is just a human readable string used to identify what software and version is being run. It isn't used for any protocol stuff, nor is it verifiable. It is merely shown to end users and can be helpful in identifying network upgrade progress.

Services are various optional features and services that a node offers. These are set in a bitfield and sent along with the protocol version, user agent, and other information during the node connection handshake. These indicate optional features, and each bit is given a short name to easily identify what it does.

NETWORK means that the node is a full node and will be able to send and receive the blockchain history. Pruned nodes and SPV clients will not have the NETWORK service bit set.

BLOOM means that the node supports the BIP 37 bloom filter protocol. This means that SPV clients that require that can connect to such nodes and be able to send and receive the bloom filter messages with that node.

1
Bitcoin client incentives to share peers and blockchain
3
What does the debug output look like when a new block is found?
0
How to run multiple bitcoin RPC commands through the command window?
4
When importing the mempool, my debug log mentions failed and expired imports
7
Can I find a list of possible error codes and their meanings for bitcoin-cli?
0
The logic of exchange services of bitcoin
0
Validate 3rd party transactions on Bitcoin-qt debug window
1
Why does bitcoin uses INIT_PROTO_VERSION (209) for addrme and addryou in the Version Message
2
Difference between bitcoin-cli getnetworkinfo version and bitcoind --version
1
Where change the size of the window in Bitcoin code?