I'm making a simple demonstrator program, pretty much a simplified bitcoin clone based mostly on the original whitepaper.

Please bear with me, because I haven't found a way to describe the problem more concisely.

My blockchain is based on this tutorial. 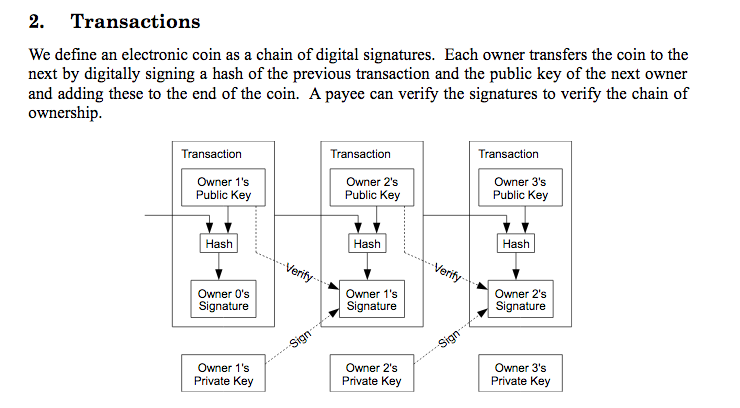 As specified here, my transactions consist of the next owner's public key and the signature of last transaction signed by the previous owner. I also added the amount being transferred (I'm not using the in/out system for the sake of simplicity).

However, that also means that the miner key has to be specified before the first transaction is made (since all future transactions require that the coinbase's hash stays the same). At the same time, it does not make sense to specify the miner before they have mined a block. In other words, this would require the transaction user to know a priori who will mine the block with their transaction.

My assumption so far was that a coinbase transaction is added to the unconfirmed transaction list after the previous block is mined, and new transactions refer to it. Then the whole list is put into a block which is then mined. However that assumption led to the aforementioned problems.

The only possible solution which I could come up with is using the last transaction hash from the previous block to sign a new transaction, effectively bypassing the coinbase transaction. But that doesn't seem right to me.

Please, tell me if I'm missing something, or got the wrong idea somewhere.

Or should I scrap that idea completely and use the "bypass" method?

PS. I've already tried searching various wikis and questions, but nothing realy gave me a clear solution to this. Especially, this answer is too vague

The coinbase transaction is created when the miner creates the template for the block which they attempt to mine. Unlike regular transactions, it does not have regular inputs. The miner simply specifies the outputs to spend the coins, where the sum of the output amounts must be less than or equal to the total amount of fees in the block plus the subsidy. The coinbase is always positioned as the first transaction in the block.

The coinbase transaction has the same structure as regular transactions, but for each txIn it has, any txOutPoint should just have a zero value (there is no previous txid to refer to). The scriptSig can contain arbitrary information, as miners do not need to sign anything. Miners add information to the scriptSig such as their name, or additional source of entropy for mining. Additionally, some consensus rules which have been soft forked into Bitcoin require that the scriptSig contains the block height and a merkle root of wtxids (for segwit).

Not the answer you're looking for? Browse other questions tagged unconfirmed-transactions coinbase-transaction or ask your own question.

2
When does miner insert the coinbase transaction?