When will my Lightning channel be closed?

I have a force closed channel from lnbig.com and it has been pending in closing state for over 2 weeks (42600+ blocks). When might it be closed so I can request a new one? What are the default/average values for different channel closing types? Is there any way for me to check force close wait period? 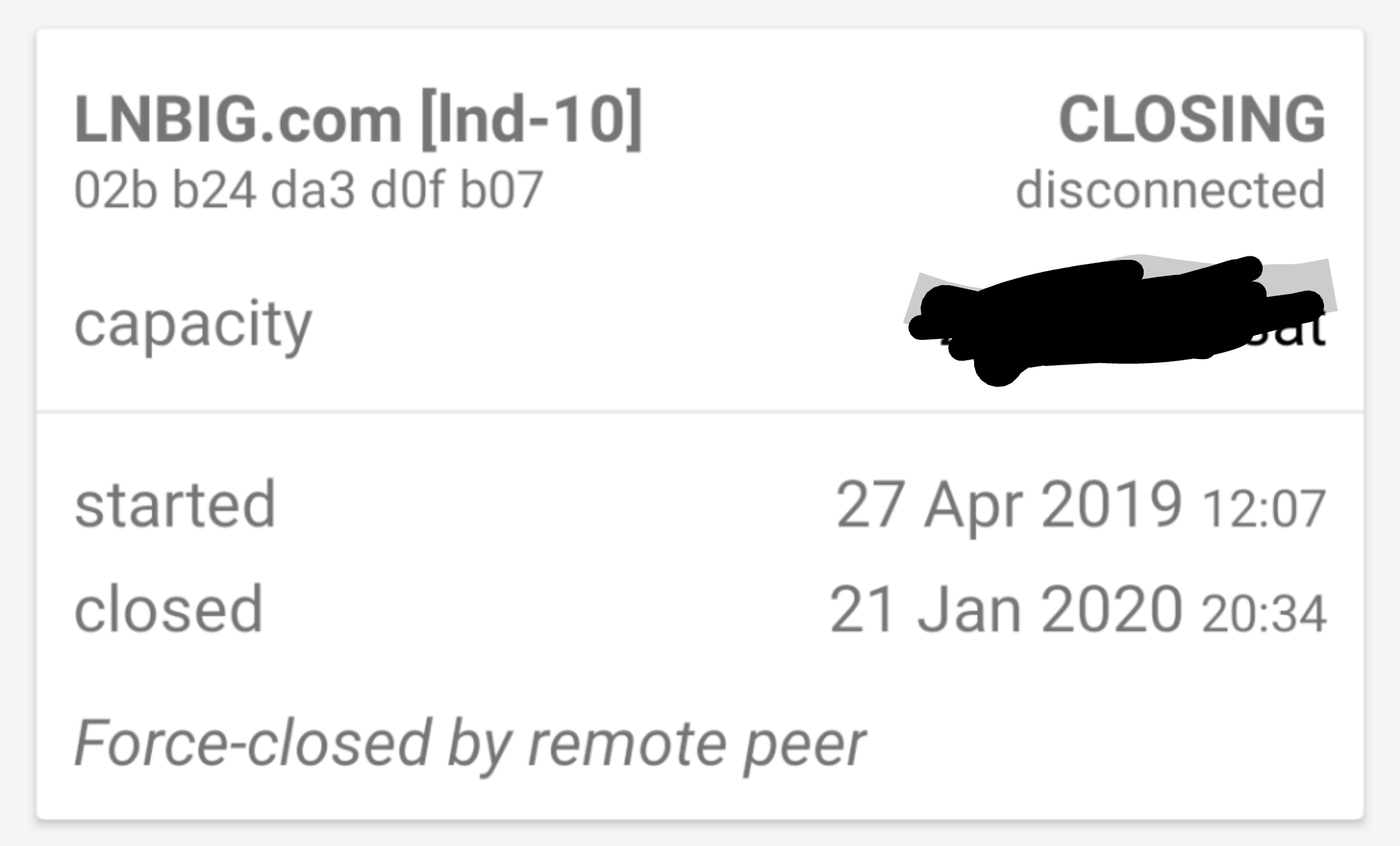 When might it be closed so I can request a new one?

Is there any way for me to check force close wait period?

As said earlier, the force close wait period would depend on the fees of the last signed commitment transaction. If you had used C-lightning or LND implementations, it would have captured this transaction submitted. You can check whether the funds were returned to your wallet.

I have a force closed channel from lnbig.com and it has been pending in closing state for over 2 weeks (42600+ blocks).

Just to get things straight, Bitcoin network generates blocks on an average interval of 10 minutes, which should correspond to about 144 blocks a day. Using two weeks time that is 2016 blocks. Since it's little more than 2 weeks, about 2200 blocks have been generated since it was closed. I think 42,600 blocks that you are mentioning is since the time the channel was opened way back in April.

Not the answer you're looking for? Browse other questions tagged lightning-network ln-closing-channels channels or ask your own question.

1
Would proxying a lightning hot-wallet with a lightning cold-wallet make the hot-wallet safer?
1
If a user recovered data directory of LN node software with an old backup, what would happen? Would cooperative channel closing be possible?
0
Bidirectional channel opening in c-lightning
2
Lightning - why are commitment transactions supposed to use different keys
1
c-lightning channel announcement/establishment issue
3
Lightning Network state deprecation secret keeping
0
Lightning-Network Channel not being closed and balance in "limbo"
0
Force Closing a BTC lightning channel on Umbrel
11
Does eltoo require trusting watchtowers not to close channels?