How to know where number of inputs field ends in a transaction if it is not a fixedsize field?

I know that we parse a transaction in bytes. So there are 2 quesions that I search for the answers of:

2- If it is not a fixed size field how do we know where number of inputs field ends or prevTx field starts? 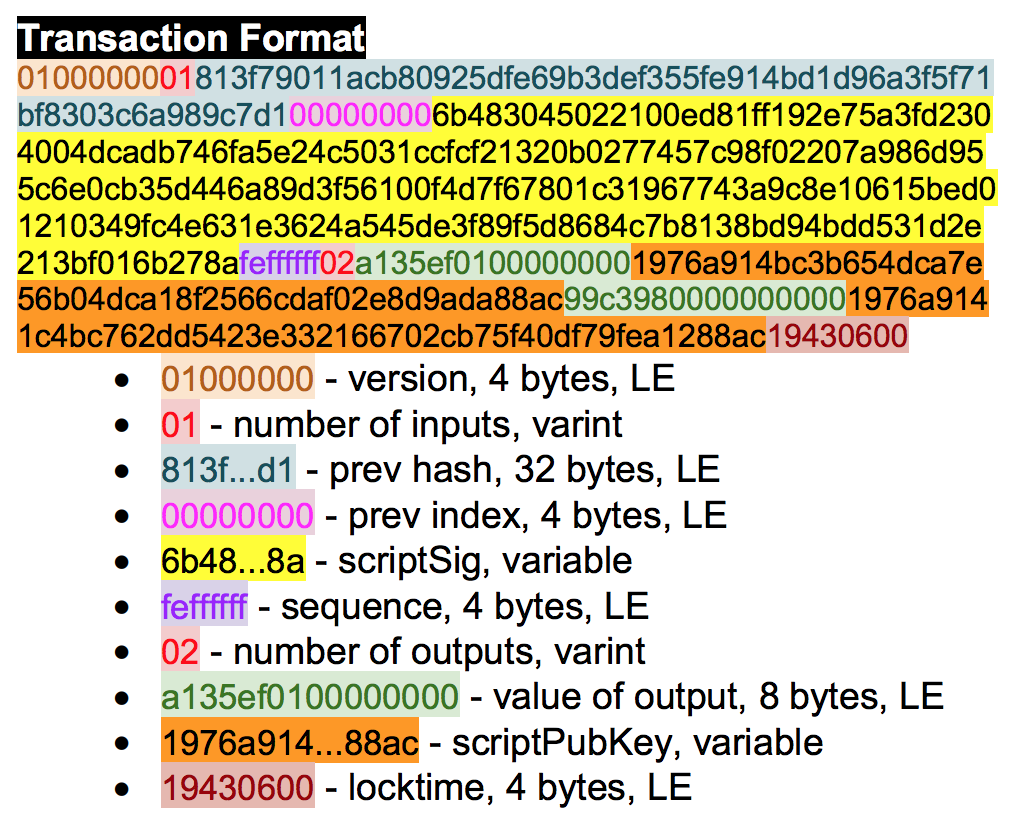 A Varint is a Variable Length Integer, and can be up to 9 bytes in total

Each marker indicates how to interpret the upcoming bytes.

Not the answer you're looking for? Browse other questions tagged transactions transaction-input or ask your own question.