Why is my mempool count so much lower than that of block explorers?

I have been running a full node for about two days. I wanted to get a list of all mempool txs (using getrawmempool false), and found that it only came back with around 3,000 even though all the block explorers are currently showing around 12,000. I understand that mempools will differ between nodes, but this seems like a very big difference. Can I do anything about this?

What does bitcoin-cli getmempoolinfo spit out?

You may want to increase the maxmempool config value.

TL;DR:
Unconfirmed transactions are relayed only once. If you were not online, you will only learn about the missing transactions when they are included in a block. 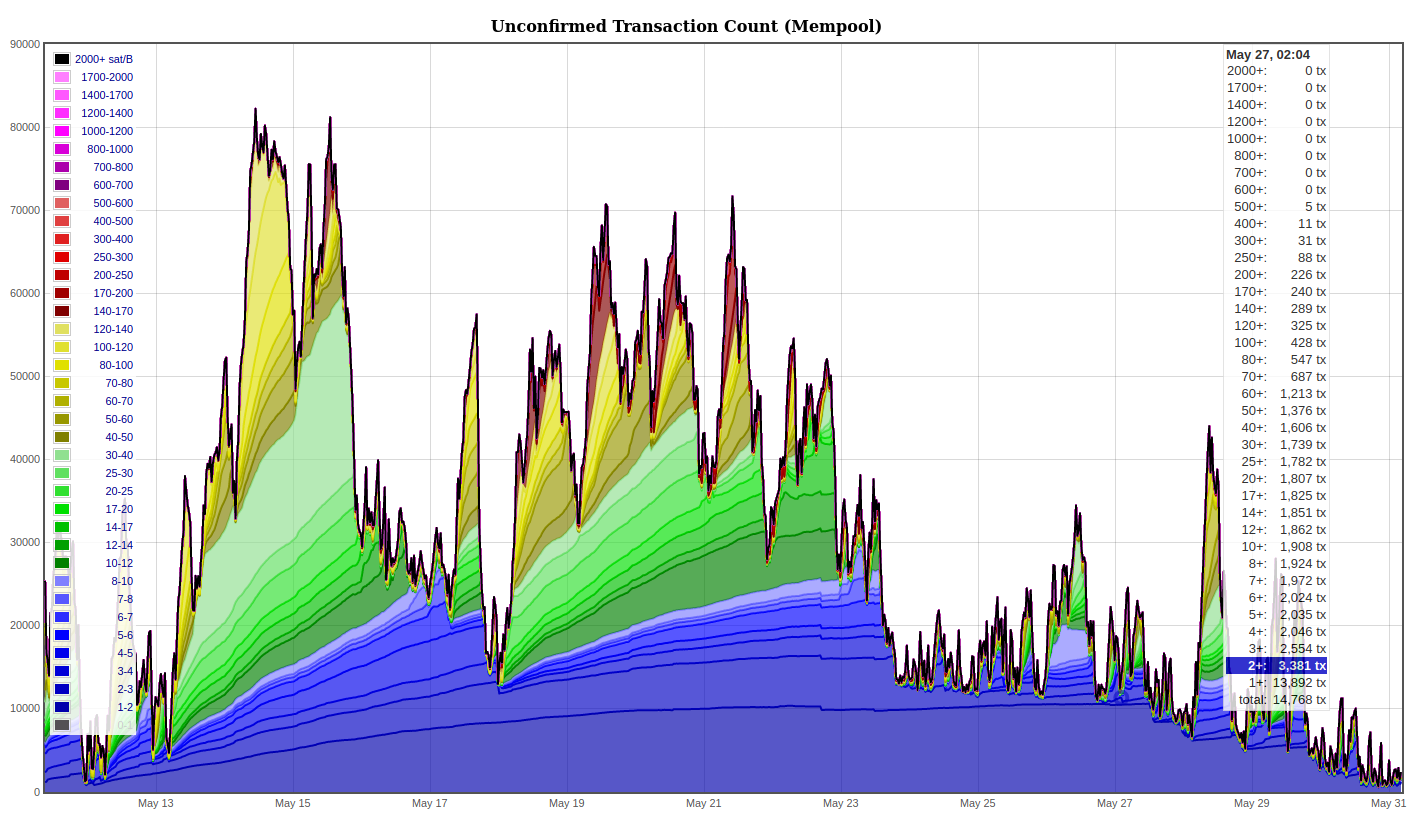 I retrieved a screenshot of a mempool visualizer for the period of time at which you were asking your question (via jochen-hoenicke.de). You mention that your node was running about two days at the point when you retrieved the mempool count. If you look at the graph at May 27, you'll see that there is a large count of transactions in the 1-2 satoshi/byte feerate range (the lowest blue band). If you look closely, you see that most of these transactions had been submitted to the network more than two days prior, i.e. before your node was online. Therefore, your node would not have known about the majority of the transactions that were known to nodes with a longer uptime.

Not the answer you're looking for? Browse other questions tagged full-node mempool transaction-propagation or ask your own question.

2
Unconfirmed txes disappeared in my own bitcoind's mempool
2
Why did the Mempool suddenly drop to zero
2
Why my bitcoin node does not show the same mempool size than a web blockexplorer?
4
Synchronize mempool between 3 nodes
3
How do block explorers determine propagation through nodes/P2P protocol?
1
Getting transactions from mempool to block
1
Why are the drops in mempool unconfirmed transaction count not of constant height?
3
Will nodes configured with a larger-than-default mempool automatically retransmit transactions that have been dropped from the default mempool?
4
Why does the mined block differ so much from the block template?