Block 370434 was signaling BIP101. As you say, BIP9 was not created at the moment and even if is was meant to signal BIP9, it would also signal csv and segwit which where not active at the time: https://github.com/bitcoin/bips/blob/master/bip-0009/assignments.mediawiki

The green line below shows the BIP109 blocks and blue line BIP9. 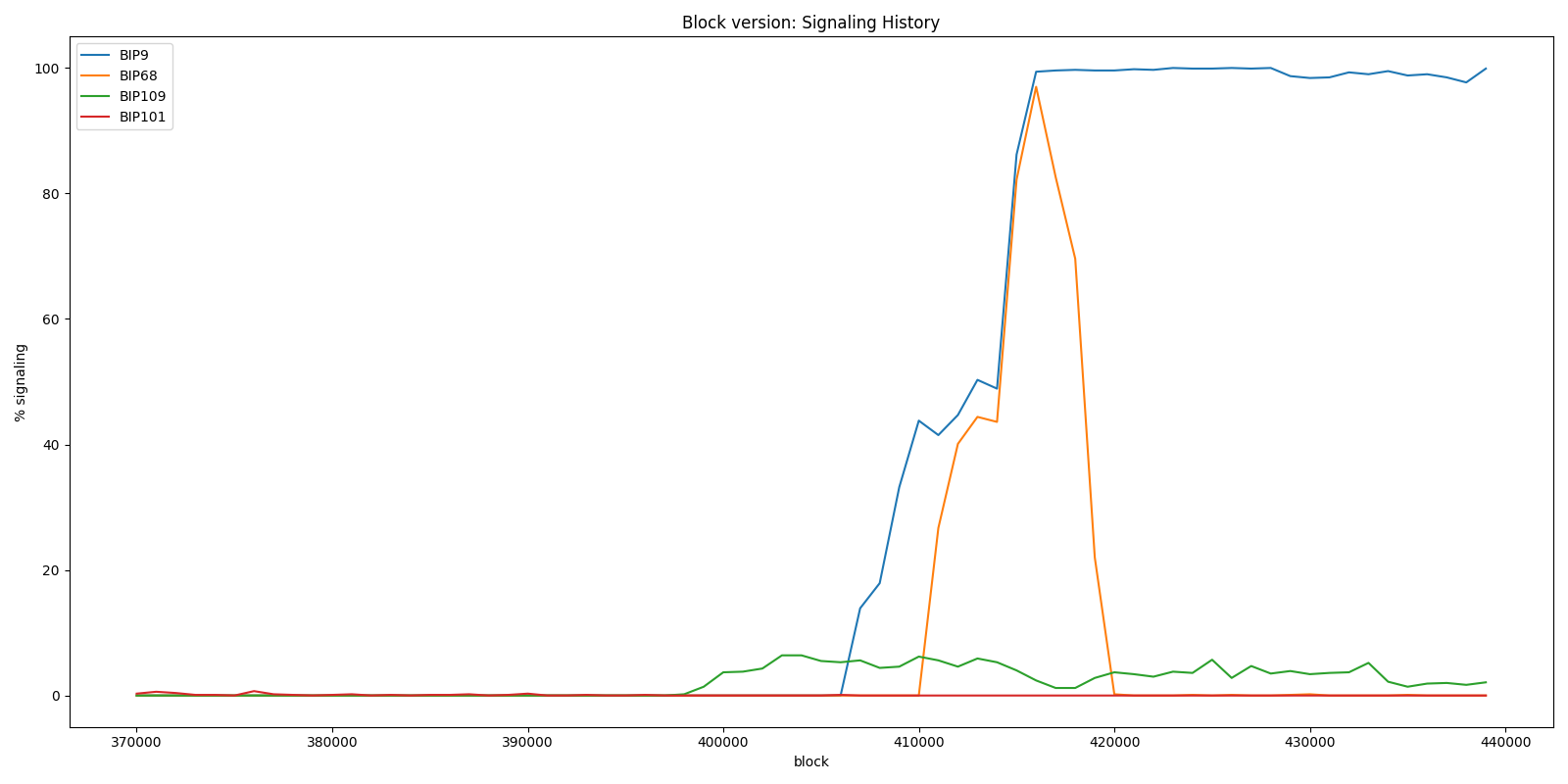 Not the answer you're looking for? Browse other questions tagged mining-theory blockchain-fork consensus or ask your own question.

1
Which nVersion bit is the “hard fork bit?”
0
How to correctly set attributes for block hash and nBits in PIVX Fork?
1
What happens when a node cannot find the base Block of a newly received Block
6
What are the units of “difficulty”?
8
Did the introduction of VerifyScript cause a backwards incompatible change to consensus?
3
Was it always required for the Coinbase transaction to be the first transaction in a block?
0
Bitcoin block maturity and block reward rules
1
How were miners supposed to signal support for BIP148?