Why I have some many address when I only created two wallet address in Electrum?

I am new to this. I have created two new wallet addresses (labeled init and init2). However, when I click "View > Show Addresses," I found a lot of addresses.

What do receiving and change mean on the Type column? 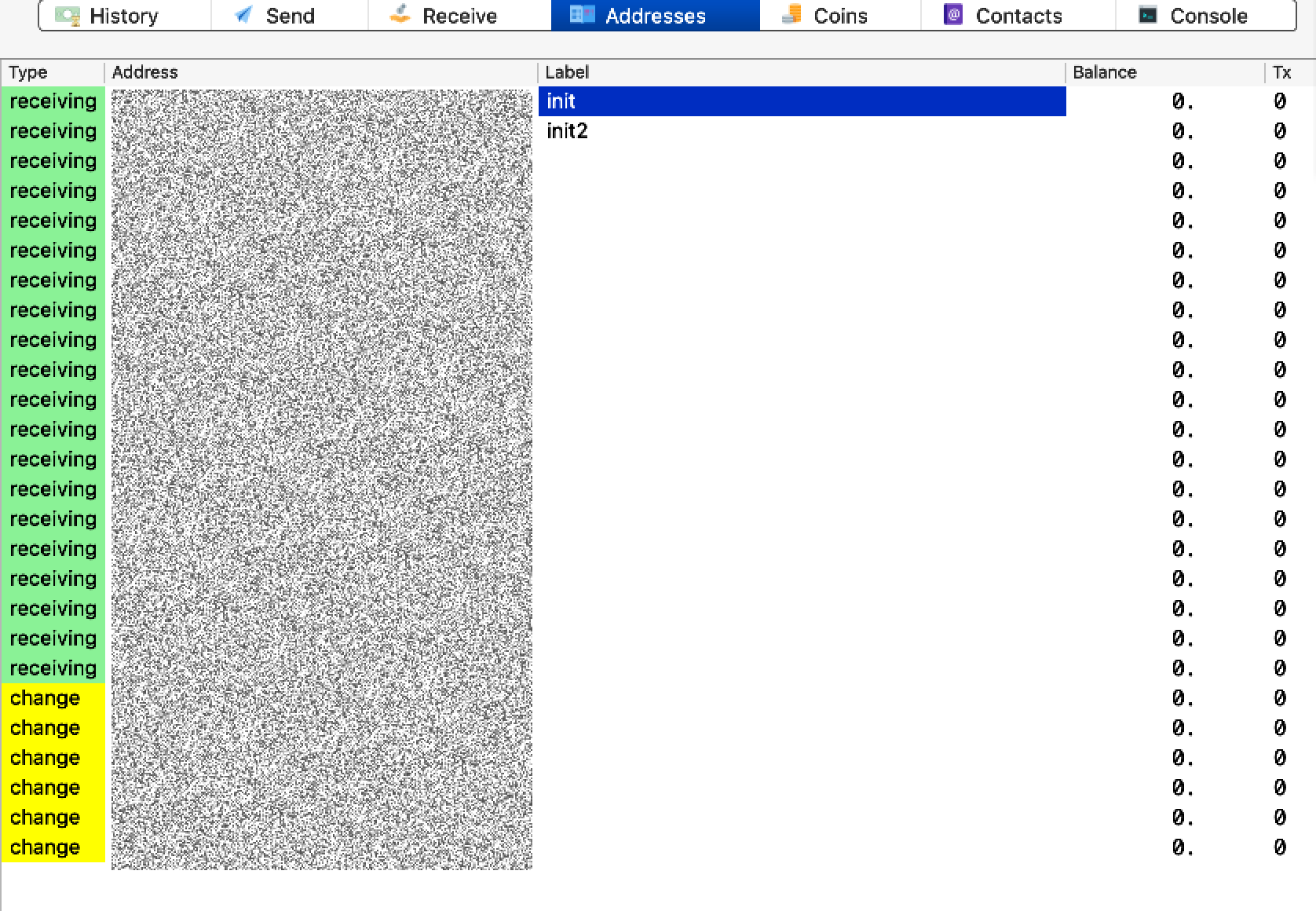 The gap can sometimes matter though if you're using some software like Electrum Personal Server or BTCPay, if you received a payment on an address that is outside of your gap (for example, Electrum only generates 20 addresses and you've got a payment on the 34th), Electrum won't see this payment and it can make you believe it's not there. If it ever happens, relax and augment the gap until you find all your payments.

The addresses tab is hidden by default precisely because new users get confused by all these addresses. They are all a part of your wallet and it is best practice to use a different one for every transaction.

The change addresses are for internal use by the software. When spending bitcoin outputs the whole output has to be spent and any remaining amount sent back to the wallet to a change address. You should only hand out the receiving ones yourself.

If you find all this confusing then just go to view > hide addresses and stick to using the receive tab only.

Not the answer you're looking for? Browse other questions tagged wallet electrum or ask your own question.

6
No sign of my private keys in Electrum wallet … where do I find them?
1
Why can I only see the balance of my wallet and not the one of each of my receiving addresses? (Multibit)
2
Android Bitcoin Wallet freshly installed, two addresses. Why two?
4
Send coins with Electrum from encrypted wallet created with Bitcoin Core
2
Generating additional change addresses manually in Electrum
0
Explain how unused addresses in wallet.dat have no balance when mining occurred for many months
2
Electrum wallet address not showing
1
What's the deal with “legacy” and “segwit” wallets?
0
'Create a new receiving address' is greyed out, why?