Anyone got links for websites that were used to show miners signaling support for segwit? or screenshots?

Also wanted to confirm if my assumptions are correct about the whole thing:

On Pieter Wuille's website there are graphs about the Bitcoin network.

These feature graphs of the block version (used for version bit signaling) across time. 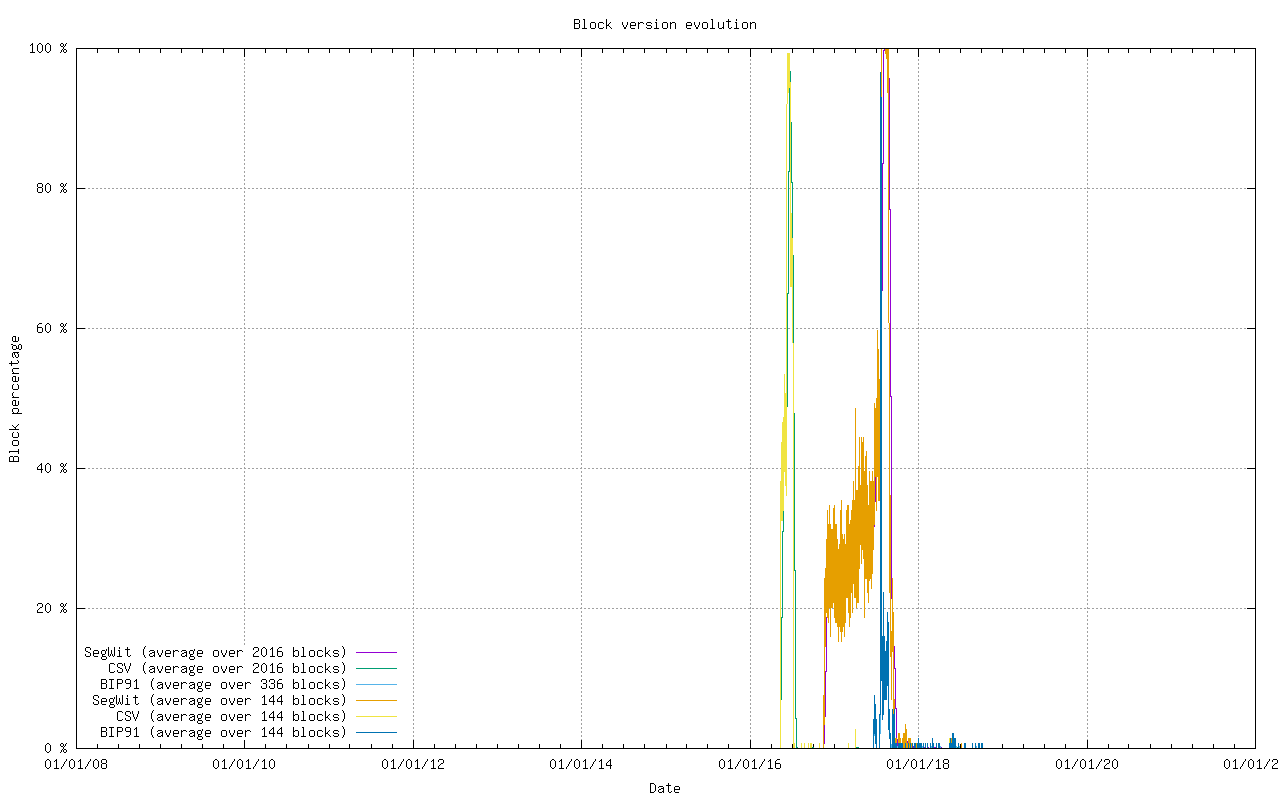 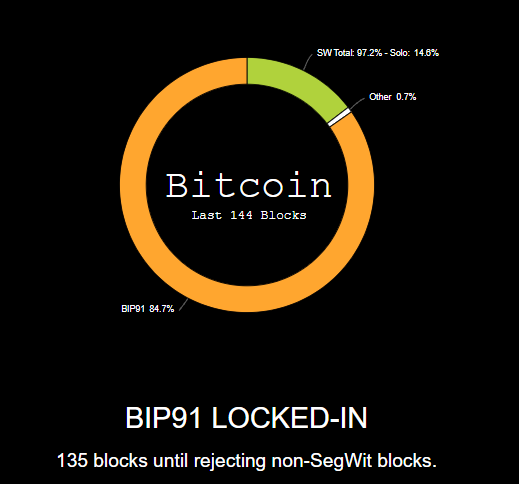 Not the answer you're looking for? Browse other questions tagged mining-pools segregated-witness bip or ask your own question.

7
When does signaling for SegWit start exactly?
3
Litecoin-qt getblocktemplate  Support for 'segwit' rule requires explicit client support (code -8)
12
Litecoin has had SegWit for one month, what impact did that have?
1
bech32 addresses for segwit support in mycellium and coinomi?
0
How to add support for segwit address and legacy with bitcoin core 0.16?
5
What were the main technological reasons that Bitcoin Cash did not want to adopt SegWit?
1
How were miners supposed to signal support for BIP148?