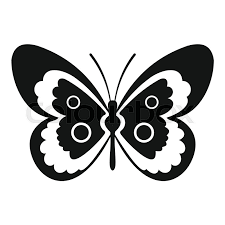 In my past job circa year 2001, I have been trained in the maintenance and debugging of embedded C code bases in a piece of software that controls moving physical mechanical hardware. Mostly, I was in the communication subsystem that does RPC. At the heart was a proprietary Bluetooth protocol core stack in a multi-threaded Nucleus RTOS, with TCP/IP and USB on the sides. In this wild wild west of software engineering where all teams share and working at same kernel mode, casting a void pointer and doing malloc was a daily routine. I secretly code, in my personal time, in C++ because reaching out to a higher language such as C++ was laughed upon by my peers and considered as a weakening of the nerves. As a result, I remember the whole experience being that like of an assembly language slightly made readable in the C syntax.

One day, I fancied and designed interfaces in the hope that someday it will connect to a higher construct. Nobody understood it, and the whole team continued on its own macho way and instead glorifying their debugging sessions deep into the ARM CPU registers.

All Questions Answers
Votes Newest
4 How can I tell if bitcoind was compiled with ZeroMQ support? Jun 25 '18